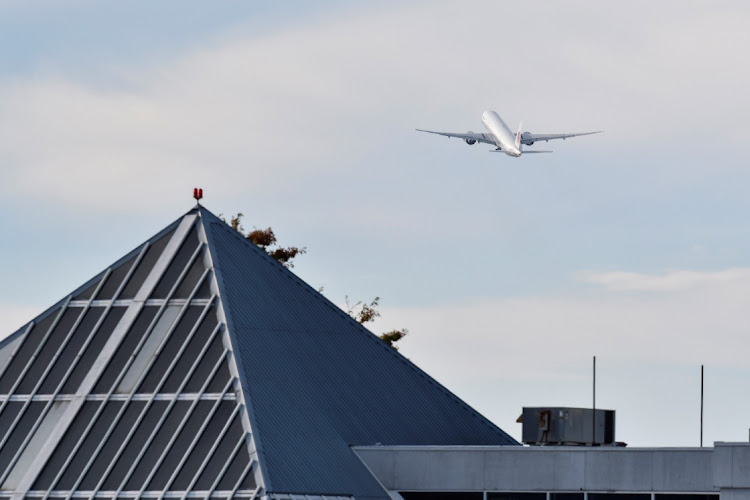 Washington — The US has met one of China’s demands to improve relations with the release of a top Huawei Technologies executive, paving the way for better ties at the cost of appearing to reward Beijing for what critics have called “hostage diplomacy”.

Meng Wanzhou, Huawei’s CFO, flew to China from Vancouver after reaching a deferred prosecution agreement with US authorities to resolve criminal charges connected with US sanctions on Iran. Shortly afterward, China released two Canadian citizens — Michael Kovrig and Michael Spavor — who were detained within days of Meng’s December 2018 arrest.

The deal comes two weeks after President Joe Biden called Chinese leader Xi Jinping in frustration over Beijing’s move to link progress on climate change with other demands, including Meng’s release as well as lifting sanctions and removing punitive tariffs. China had insisted the US take the first step to improving ties, with foreign minister Wang Yi saying earlier this month that the US “should meet China halfway”.

The agreement reached on Friday appears to do just that, amounting to the biggest US step in years to smooth over relations with Beijing after an onslaught of punitive measures backed with bipartisan support in Washington. Although a range of issues remain unresolved between the world’s biggest economies, one of the biggest stumbling blocks to more co-operation is now gone.

“This is a very significant move and symbolises a new beginning for China and the US,” said Henry Wang Huiyao, president and founder of the Centre for China & Globalisation policy research group in Beijing. “Next there could certainly be co-operation on climate change” and tariffs, he said.

Meng’s arrest in December 2018, which came on the same day Xi met former president Donald Trump on the sidelines of a G20 summit, shook elite circles in Beijing. She is the daughter of the founder of Huawei, a national champion at the forefront of Xi’s efforts for China to be self-sufficient in strategic technologies.

China treated the arrest as a national affront, quickly detaining two Canadian citizens on unspecified national security charges and lashing out at the government in Ottawa.

Authorities in Beijing repeatedly called Meng’s case “political” while insisting the Canadian detentions followed the rule of law — all while Chinese diplomats suggested the pair would be used as bargaining chips to secure her release. The showdown cost billions of dollars in lost trade and plunged China-Canada bilateral relations to their worst point in decades.

China on Saturday reiterated its stance on the issue, saying the arrest of Meng was political persecution against Chinese citizens with a purpose to suppress Chinese hi-tech companies. Allegations of fraud against Meng are purely fabricated, state broadcaster CCTV cited foreign affairs ministry spokesperson Hua Chunying as saying.

US prosecutors said Meng’s agreement shows she has “taken responsibility for her principal role in perpetrating a scheme to defraud a global financial institution”. The statement from Biden’s justice department also noted that extradition proceedings in Canada could have persisted for months or years.

“There are signs that the two sides no longer want to escalate, but they’re also unlikely to de-escalate,” said Shi Yinhong, professor of international relations at Beijing’s Renmin University who has advised China’s State Council. “The two sides are trying to freeze the level of tensions, and this is going to last for a rather long period of time.”

For China, beyond the insult of arresting such a high-profile figure, the case was also egregious because it showed how the US could unilaterally put sanctions on an adversary and then prevent other countries from conducting normal business operations. Beijing has sought to push back more broadly against US sanctions on Chinese officials, passing legislation in 2021 that may force businesses to pick sides if implemented.

Meng’s deal was framed by US prosecutors as an admission of guilt. US secretary of state Antony Blinken avoided commenting on Meng while welcoming China’s move to send the Canadians home after more than two years of “arbitrary detention”.

Bill Hagerty, a Republican US senator from Tennessee and a former ambassador to Japan, accused Biden of “appeasement” in the face of China’s “hostage diplomacy”.

The tricky questions raised by the agreement were alluded to by Canadian Prime Minister Justin Trudeau, who said there would be “time for reflections and analysis in the coming days and weeks” while welcoming home his countrymen.

China has long rejected the label of “hostage diplomacy” as “totally groundless”, saying that no-one who follows the country’s laws should fear arrest. But Beijing’s expansive definition of national security in the mainland and now Hong Kong is raising risks for foreign businesses.

Cheng Lei, an Australian citizen who worked for a Chinese media outlet, has been held since August 2020 on national security concerns. Haze Fan, a Bloomberg News staffer who is a Chinese citizen, was detained on suspicion of endangering national security last December.

For now at least, business groups are welcoming the resolution to the diplomatic spat, even as they note the lasting damage.

“Canadian and Chinese business leaders are both going to come away from this experience with a good deal more apprehension or trepidation than they had before,” said Noah Fraser, MD of the Canada China Business Council. “But this was a necessary first step along a road to rebuilding that confidence.”

Shares in Evergrande NEV tumbled as much as 25.8% on Friday, bringing losses for the year to 93%
Companies
9 months ago
Next Article