Shares in Evergrande NEV tumbled as much as 25.8% on Friday, bringing losses for the year to 93% 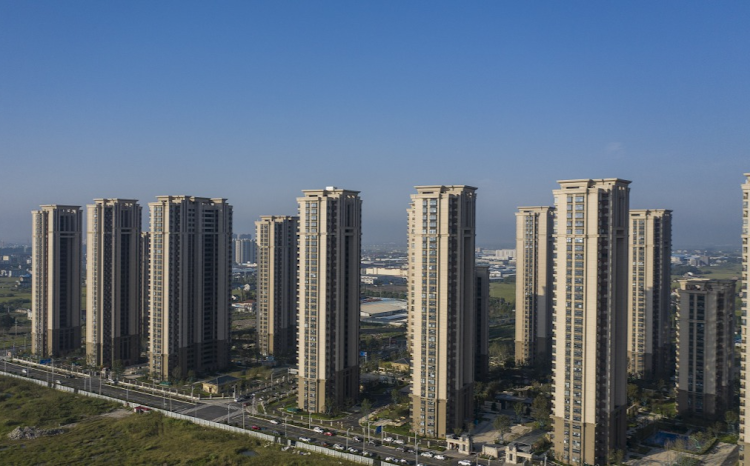 China Evergrande Group’s electric-car unit said there is no guarantee it can meet its financial obligations as it continues to look for strategic investors to inject much-needed capital.

“The group is encountering a serious shortage of funds,” the Hong Kong-listed entity said in an exchange filing late Friday. “In view of the liquidity pressure, the group has suspended paying some of its operating expenses and some suppliers have suspended supplying for projects.”

The statement confirmed an earlier report by Bloomberg News that China Evergrande New Energy Vehicle Group had missed salary payments to some of its employees and fallen behind on paying a number of suppliers for factory equipment. Those cash-flow difficulties mean the carmaker that had ambitions to take on Elon Musk in the electric-vehicle sector will likely miss its target to start mass deliveries next year.

Evergrande NEV said Friday that it was negotiating with potential investors about selling some of its elderly care projects and overseas assets in order to “improve the group’s overall efficiency and to supplement working capital.”

The company added, however, that it “remains uncertain as to whether the group will be able to consummate any such sale.”

Officially created when Evergrande Health changed its name to Evergrande NEV in July last year, the company bills itself as a carmaker but most of the money it does bring in still comes from its community health service business and nursing home facilities.

Last month, Evergrande NEV reported a 4.8 billion yuan loss for the six months to June 30 and revenue of 6.92 billion yuan, the vast majority of that — 6.89 billion yuan —  from the group’s health and aged-care business.

The EV unit is a relatively small part of Evergrande’s sprawling empire, which includes financial services and a bank, but which is primarily reliant on residential apartment sales.

Shares in Evergrande NEV tumbled as much as 25.8% on Friday, bringing losses for the year to 93%. In February, when the stock was at its peak, Evergrande NEV, which hasn’t mass produced a single car, was valued at more than Ford Motor Co and General Motors.

However, nerves are still frayed as the property giant faces a payments test on Thursday
Markets
1 month ago

It was the train wreck everyone saw coming: analysts had been calling the Chinese property developer a ‘sell’ for years. But as its collapse nears, ...
Opinion
1 month ago