Dutch brewer expects gradual improvement in the second half, depending on vaccine rollouts worldwide 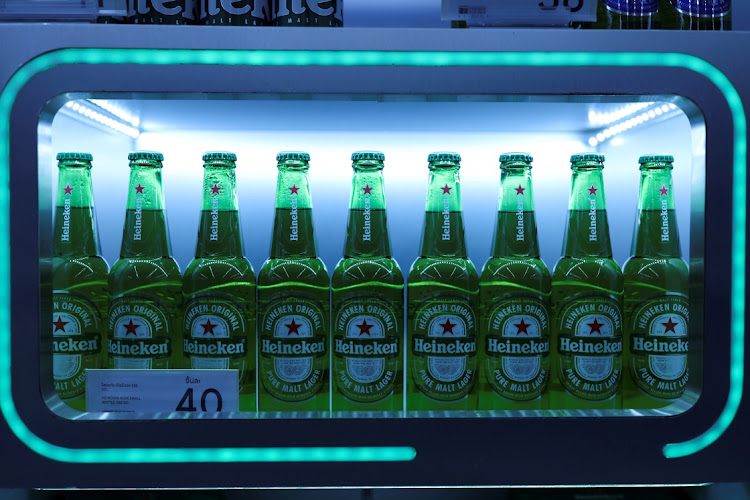 Brussels  — Heineken, the world's second-largest brewer, fared better than expected at the start of 2021 as increased beer sales in Africa and Asia offset a sharp decline in major European markets.

The maker of Europe's top-selling lager Heineken, Amstel, Tiger and Sol, retained its outlook that the impact of the Covid-19 pandemic was significant and markets should gradually improve in the second half of 2021, depending on vaccine rollouts.

The Dutch brewer sold 50.3-million hectolitres of beer in the first quarter, unchanged from a year earlier on a like-for-like basis. The average forecast in a company-compiled poll was for a 5% decline

Sales in Africa, the Middle East and Eastern Europe jumped 9.9%, with particularly strong performance in Nigeria and SA, growth in the former held back by supply constraints and expansion in the latter despite alcohol bans in January and over the Easter weekend.

Asian sales were 5.4% higher, principally in Southeast Asia and including Vietnam, one of the company's largest markets.

Sales in the region did grow in the first quarter of 2020, though collapsed in March as the coronavirus spread.

In Europe, beer sales fell by 9.7% as lockdowns cut drinking in cafes and restaurants by two-thirds.

Growth in sales from stores has not made up for the shortfall. Brewers have also suffered from the higher cost of packaging in single-use cans, rather than cheaper returnable bottles or kegs.

Net profit in the first quarter was €168m, nearly 80% higher than a year earlier, but more than 40% lower than the 2019 figure, with European weakness offset by other regions and cost controls helping.

The brewer has launched a three-year plan to restore profit margins to pre-pandemic levels, partly through cutting 8,000 jobs.

Seventy workers out of a workforce of 1,000 will lose their jobs as brewer laments that the decision was ‘not an easy one to make’
Companies
8 months ago

The fund will monitor the implementation of Kirin's plan to end the ties, Norway's central bank says
Companies
6 months ago

In Europe, the Middle East and Africa, beer volumes fell 6% due to lockdowns
Companies
6 months ago
Next Article

WATCH: What will the alcohol industry do if liquor is banned, again

WATCH: What will the alcohol industry do if liquor is banned, again