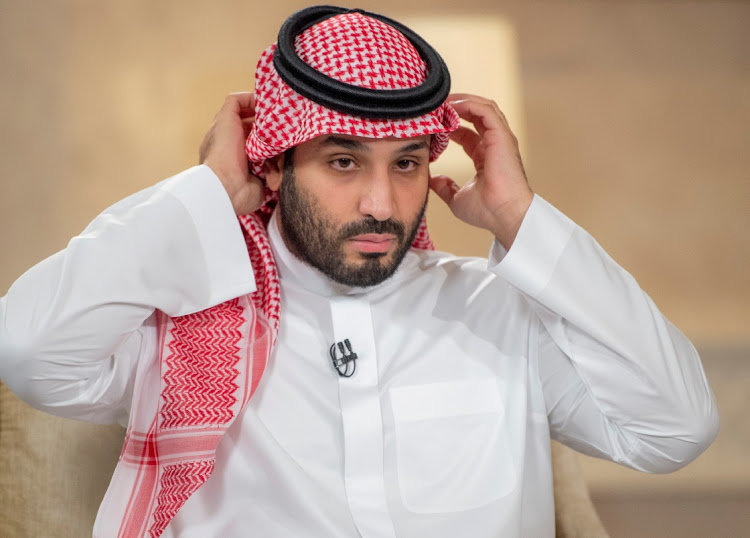 Saudi Arabia’s crown prince said the kingdom is in talks to sell a 1% stake in state oil giant Saudi Aramco to a “leading global energy company” as he forecast an economic rebound after the coronavirus pandemic.

The kingdom is looking at the potential sale — which could be worth about $19 billion, based on the company’s market value — as a way to lock in customer demand for the country’s crude, Crown Prince Mohammed Bin Salman said in a rare interview on a Saudi television channel late on Tuesday. While providing few details on which company is involved in the talks, he said the sale could take place in the next two years.

“I don’t want to give any promises about deals finalising, but there are discussions happening right now about a 1% acquisition by one of the leading energy companies in the world,” Prince Mohammed, the country’s de facto ruler, said. “I cannot mention the name but it’s a huge company. This deal could be very important in strengthening Aramco’s sales in the country where this company resides.”

China is the largest buyer of Saudi Arabian oil. Almost 30% of the kingdom’s crude exports went to the Asian country last month, according to data compiled by Bloomberg. Japan, South Korea and India were the next biggest importers.

As well as China, Aramco is keen to make further inroads into India, the fastest growing market for oil consumption before the pandemic hit. But the company faces strong competition from other suppliers and Indian refiners are among the most price-sensitive in the world.

The crown prince is increasingly leaning on Aramco, the world’s biggest oil company, to help finance his plan to transform and diversify the Saudi economy — an initiative dubbed Vision 2030. That effort has faced hurdles in recent years, with investors spooked by the kingdom’s domestic political crackdown and the killing of Saudi critic Jamal Khashoggi in 2018, and then with the Covid-19 pandemic.

Aramco’s 2019 initial public offering (IPO) — in which it sold about 2% of its stock on the Riyadh bourse — raised almost $30bn. The money was transferred to the kingdom’s sovereign wealth fund and was meant to support investments to shift the biggest Arab economy away from a reliance on oil sales. Since then, Aramco has also taken on debt and started selling off some noncore assets to maintain a $75bn dividend, most of which goes to the state.

Though the Aramco IPO was the biggest share sale in history the majority of the cash was raised from local investors and rich Saudi families. Most foreign investors balked at the valuation and stayed away. The sale only earned a fraction of the $100bn originally envisaged.

Prince Mohammed said the government, which still controls more than 98% of Aramco’s stock, may sell more shares on the Saudi stock exchange, without giving a time frame. The state-run company said in a statement that any decision to sell more shares is “a matter for the majority shareholder, who has said it will consider the possibility and timing according to market conditions”.

The kingdom is increasingly looking at ways to get money from Aramco’s assets. The company announced in April that a US-led consortium will invest $12.4bn in its oil pipelines. It is also considering a deal for gas pipelines, Bloomberg reported this week.

Aramco has separately started a strategic review of its upstream oil and gas assets that could see the firm opening them up to foreign investors.

Saudi Arabia will likely need to increase crude production further to make up for demand that’s expected to keep rising over the next two decades, according to the crown prince. While consumers such as those in China and India use more, output from producers like the US and Russia is set to drop over the next 10-20 years, leaving a supply gap for Saudi Arabia to fill, Prince Mohammed said.

Even if more pessimistic forecasts predicting that demand will start falling by around 2030 come true, supply will drop even more rapidly, giving Saudi Arabia the opportunity to sell more crude, he said. Prince Mohammed didn’t say by how much the country planned to raise output.

Last year, the kingdom’s economy shrunk the most in more than three decades, according to estimates from the International Monetary Fund. But the outlook has since improved. The budget shortfall is projected to be 4% of GDP in 2021, narrower than 2020’s 12% gap.

Speaking on the fifth anniversary of the launch of Vision 2030, Prince Mohammed said the nation’s jobless rate will fall as the economy goes through a “V-shaped” recovery.

“Unemployment will fall to less than 11% this year, then it will reach around 10%, then 7% in 2030,” he said in the interview on the Rotana Khalejia television station.

Prince Mohammed also touched on the delicate ties with the US, where President Joe Biden’s administration has said it wants to recalibrate a relationship that was a centrepiece of former president Donald Trump’s Middle East strategy.

“There will never be 100% agreement between two countries,” Prince Mohammed said. “Between different White House administrations, the margin of differences could increase or decrease but we agree with the Biden administration” about 90% of the time, he added.

Asked about the kingdom’s regional rival, Iran, the crown prince softened his tone from previous statements, saying that Saudi Arabia was working to solve its differences with the Islamic Republic.

“In the end, Iran is a neighbouring country,” he said, adding that the kingdom wanted Iran to prosper but took issue with its nuclear programme and support for regional militias.

“We’re working today with our partners in the region to find solutions to these issues and we hope to overcome them and have a good and positive relationship with them,” he said.

Saudi Arabia has announced repeated unilateral — but partial — ceasefires in Yemen since  2015, but they did not last
World
1 month ago