After details emerged of undisclosed loans Ahmad BinDawood revealed everything 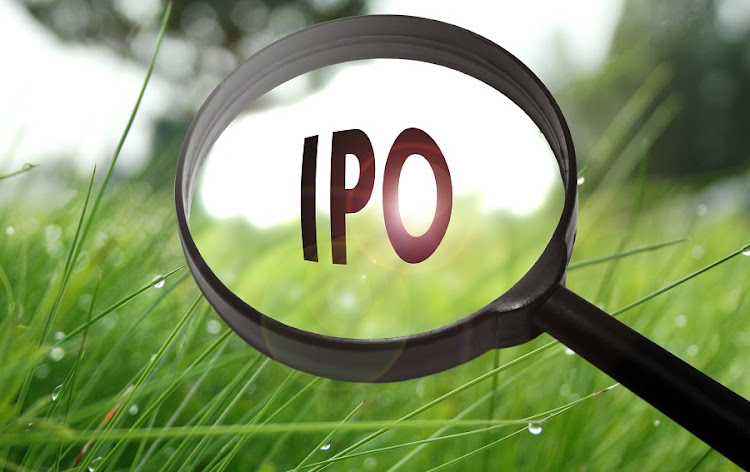 For Ahmad BinDawood, last year’s share offering in the eponymous Saudi grocery business was a chance to shape his legacy at the family firm he’s worked at since the age of eight, while cementing a $3.1bn fortune built over the decades by his father and uncles.

As the October public offering of BinDawood Holding got under way, details emerged of about $76m in previously undisclosed loans made by the Saudi company to family members. In a departure from the traditional secrecy associated with the kingdom’s family firms, Jeddah-based BinDawood revealed everything, put the IPO on hold and gave buyers the chance to take their money back.

As the loans were quickly repaid, the sale resumed and eventually raised about $500m for the family, attracting $29bn in bids along the way.

“We have to be very transparent with investors,” BinDawood said in an interview in Riyadh last month. “If there is any disclosure at any time that we need to make, we will go ahead and do it. So we took this on the shoulder and decided to announce it.”

The success of the IPO has helped establish BinDawood, 37, as one of a new breed of Saudi executives rising within a corporate world that was largely off-limits to foreigners until a few years ago. It has made him emblematic of a drive to shake up traditional ways of doing business, dovetailing with Saudi Crown Prince Mohammed bin Salman’s goal of transforming the oil-rich kingdom into a regional business hub.

That mould-breaking character can even be seen inside BinDawood stores. The past few months have seen the company doing prominent Valentine’s Day and Easter promotions, a move unthinkable just a few years ago in a country that has historically adhered to a strict Wahhabist interpretation of Islam.

Our friends were travelling and off enjoying themselves and sometimes we would ask: why not us? But that experience built the passion in us to stay in the business that our father and our uncles built

Prince Mohammed’s commitment to reshaping the economy isn’t all working in BinDawood’s favour. A sudden decision to triple VAT last year hit consumer spending. Higher customs duties and fees on expatriates are driving up costs for Saudi firms, too. And all while the Covid-19 pandemic has been stoking unemployment.

“We remain cautious of near-to-mid term growth across the consumers space as market size shrinks on potential expat depopulation,” said Mehwish Zafar, a senior equity analyst at Arqaam Capital in Dubai who has a “hold” recommendation on the shares. Like-for-like sales growth will probably be negative until at least 2022, he said, with growth only coming from new store openings or acquisitions.

Shares in BinDawood jumped more than 30% in the days immediately after the sale. They have since slipped back, showing as of Thursday a gain of about 11.5% from the listing price.

It’s a performance that has helped buttress the family’s bid to diversify into other assets while strengthening the core business, a goal identified by Ahmad BinDawood as key to avoiding the kind of strife his father feared might undermine the business as it passed to a new generation.

“The majority of family businesses don’t survive the transition to the third generation, and that’s something that concerned my father a lot,” BinDawood said.

The rise of the BinDawood business has been about 40 years in the making. Once a small-time vendor of Arabian perfumes and groceries to pilgrims visiting the Islamic holy sites of Mecca and Medina, it is now a nationwide concern spanning supermarkets and hypermarkets, hotels and distribution centres. The grocery business alone employs more than 10,000 people across 74 stores.

Ahmad BinDawood’s own destiny was sealed as soon as his father, Abdulrazzag BinDawood, graduated in the 1980s from the King Fahd University of Petroleum and Minerals in Riyadh. Instead of following his peers into the oil industry, he decided to join his brothers Ismail and Abdullah in their burgeoning retail trade. Which is why Ahmad found himself on the front line at such a young age. At just eight, he was helping to sell items to the pilgrims during his school holidays, envious of friends who were away avoiding Saudi Arabia’s scorching summers.

“Our friends were travelling and off enjoying themselves and sometimes we would ask: why not us?” BinDawood said. “But that experience built the passion in us to stay in the business that our father and our uncles built.”

A decision to push into online shopping and delivery helped prepare the firm for lockdowns during the coronavirus pandemic, but couldn’t outweigh the hit from the absence of religious tourists who were prevented from entering the kingdom for much of the year. While profit climbed almost 7% last year, it had slumped more than 53% in the fourth quarter as Saudi Arabia reimposed travel restrictions.

BinDawood is still optimistic that shoppers will return as travel resumes, though how quickly pilgrims come back to Saudi Arabia in anything like their previous numbers remains uncertain.

Next up may be the purchase of a rival grocery chain to expand into neighbouring countries, BinDawood said.

The IPO proceeds will help further develop the BinDawood Group family office, which Ahmad’s father is now running. That fortune, which is split across several family members, is estimated at about $3.1bn, according to the Bloomberg Billionaires Index.

“The IPO had two main angles to it — sustainability and continuity of the business first, and second the diversification for the family,” he said. “We are in the process of building the family office and bringing in the right talent.”

More family businesses are likely to follow in BinDawood’s footsteps. The IPO of Saudi Aramco in 2019, which many Saudis never thought they would see, “has been a huge driver in motivating families to take their operating businesses public to help grow their enterprises and generate new wealth”, said Tayyab Mohamed, co-founder of London-based family office staffing firm, Agreus Group.

For all the challenges, Ahmad BinDawood is optimistic, citing his lifelong involvement in the business as a foundation for success.

“Retail is embedded in our DNA now,” he said.