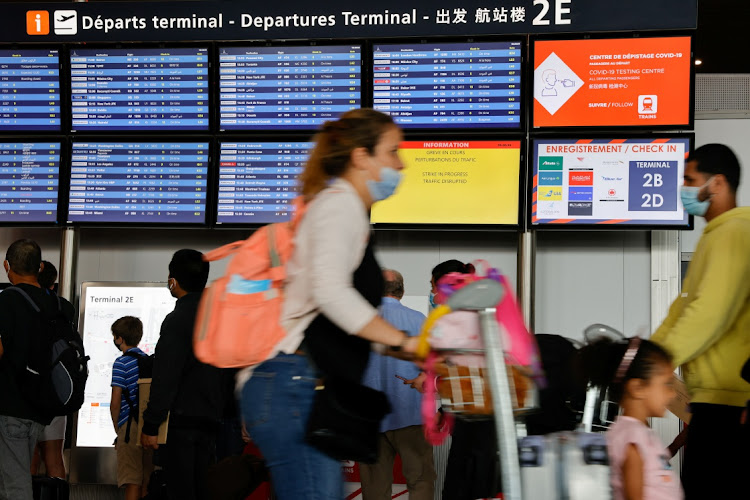 The spread in Europe of a more contagious form of Covid-19 is dashing hopes of recovery in air travel, with the head of a major airports operator warning that it could cut short any rebound.

“The Delta variant is creating such uncertainty that we can’t be sure what’s going to happen in three weeks,” said Augustin de Romanet, CEO of operator ADP, which also manages dozens of other hubs worldwide.

“It’s making us very, very cautious, especially for September and October when the pandemic could come back strongly once again,” he said in an interview on the sidelines of an annual economic conference in Aix-en-Provence at the weekend.

European travel shares rallied in the spring on bets the continent’s traditional summer holiday season would mark at least some recovery from the pandemic, which has decimated the industry. The stocks have since hit a rocky patch amid a resurgence of travel rules.

Portugal and Spain are among the latest to impose restrictions on visitors from the UK, a key source of tourism revenue, where the daily infection rate is climbing. In places such as France, holiday-goers are overwhelmingly planning local jaunts.

De Romanet said he’s somewhat heartened by an increase in travel through the French capital’s Orly airport, where traffic last week reached about 50% of 2019 levels. In contrast, the Paris-Charles de Gaulle international hub is stuck at about 28% or 29%, he said.

“We are unfortunately still very, very behind” pre-pandemic levels, De Romanet said. Prospects for trans-Atlantic travel are clouded by uncertainty about US rules for European travellers, he added.

French health minister Olivier Veran on Friday warned the Delta variant could lead to a new increase in infections, threatening to “spoil the holidays and spoil the summer”. It already represents close to a third of positive cases in France, increasing by almost 75% in a week, he said during a visit to a vaccination centre.

On Sunday, Veran urged as many French people as possible to get a Covid-19 vaccine, warning that France could be heading for a fourth wave of the epidemic by the end of July due to the highly transmissible Delta variant.

Separately, Luxembourg Prime Minister Xavier Bettel was admitted to hospital on Sunday, a week after testing positive for Covid-19. The premier’s positive test came days after he attended a June 24-25 summit meeting with other EU leaders in Brussels. With Reuters

Meanwhile, ‘not a single dose, not one vial has left a European factory for Africa. Now is the time for Europe to open up its production facilities ...
World
1 month ago
Next Article