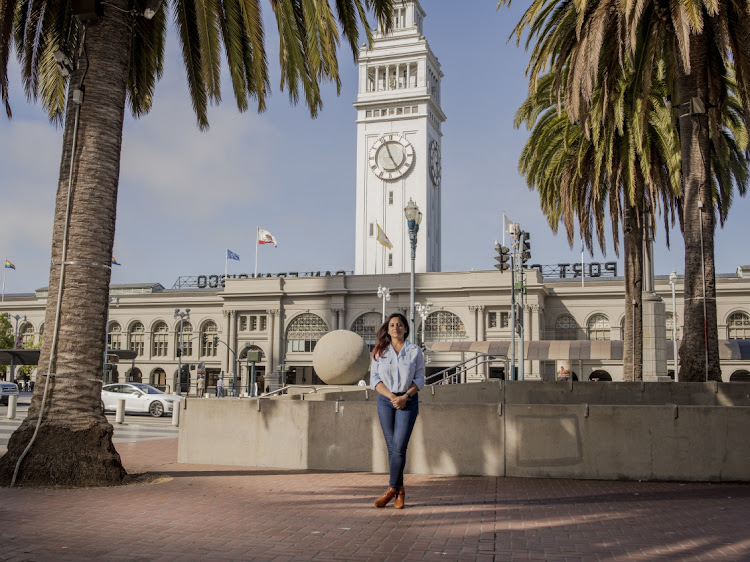 Silicon Valley should be one of the first places to spring back to life as the pandemic eases in the US. Nearly three-quarters of eligible people in the area have been vaccinated, and more than 80% have got at least one shot — a milestone San Francisco reached faster than any other city, according to the mayor.

And yet, many tech industry offices are sitting nearly empty. Only 19% of office workers in the San Francisco metro area had returned up to June 23, the lowest share of 10 major US metro areas tracked by building security provider Kastle Systems. The region’s tech giants, among the first to send their office workers home when coronavirus pandemic deepened in 2020, may be among the last to coax them back.

In New York, Wall Street banks are urging workers to get back to the office — and in some cases requiring it. Tech companies’ efforts have been more halting. Uber Technologies said staff can plan on working from the office just 50% of the time starting in September, backtracking from its earlier minimum of three days a week. Alphabet’s Google relaxed its rules to allow some staffers to work permanently from their homes. Meanwhile, Coinbase said it plans to shutter its San Francisco headquarters, declaring itself “remote first”.

While traffic is reappearing intermittently on the region's highways and bridges, and weekend reservations at hot restaurants are tough to come by, Silicon Valley’s reopening is moving slowly. People are itching to return to a life beyond their computer screens, but not necessarily to return to their desks. Many executives are out of town, or are spending significant stretches of time in Los Angeles. Contacted for this story, they had a common request: could we do this interview over Zoom? A few others, though, have started the return to tech’s one-time hotspots.

Siri Srinivas, a principal at the venture capital firm Draper Associates, sipped a glass of rosé on the patio of the Ferry Building on a weekday afternoon in May. In 2020, during the peak of the pandemic, the iconic marketplace and nexus of commuters and technology professionals was often near-vacant. That day, though, it was again buzzing with visitors. Some were clearly tourists. Others could pass as locals reacquainting themselves with the city they withdrew from over the last year.

The outing was among the baby steps Srinivas has been taking to return to a more normal life. In the Before Times, her day involved back-to-back breakfasts and coffees with founders, happy hours and dinners with other investors and techies. When she moved to a new San Francisco apartment during the pandemic, she decorated partly based on how things would look over Zoom, the virtual world in which she spent most of her time.

But the video calls officially started to wear her out in March, when the pandemic turned a year old. “I would have to lie down on the floor because I was so mentally exhausted,” she said.

For Srinivas now, there’s no going back to exactly the way things were, even with San Francisco reopening. She’s spending part of the summer in New York, and will soon visit Europe where her sister lives. As the Bay Area staggers out of quarantine, New York City has been open for weeks. She expects that post-vaccine life in Manhattan will be “extra exciting”.

Standing in a plaza in San Francisco’s South of Market neighbourhood, famous for its cluster of start-up headquarters, Jack Mardack wondered aloud about how much things had changed. Before the pandemic, this small courtyard would be bustling, full of silver tables and chairs occupied by employees from companies such as Social Finance, LinkedIn and DoorDash — all based about a block away. But that afternoon, it was empty. The tables and chairs were stacked up in a corner.

Mardack is the co-founder of the human resources start-up Oyster HR, which launched in April 2020, just as the pandemic was gripping the US. Now, in search of coffee and a place to sit, he and this reporter walked north, passing three coffee shops along the way that had been temporarily boarded up after their office-dwelling clientele fled during the pandemic.

Mardack spent most of his time in lockdown working on his start-up out of his nearby one-bedroom apartment. Finally seated with a Pacifico at the financial district’s Uno Dos Tacos restaurant, Mardack explains that the last time he saw his co-founder in person was in late 2019.

Oyster, which provides an HR platform for remote teams, launched with a fully remote workforce from the beginning. “The pandemic made things easier for us,” he said, because not going into an office “was everyone’s normal”. In a funding round in June, Oyster sextupled its valuation from a few months earlier, to $475m.

Gradually, Mardack said, he’s reintroducing some face-to-face interaction into life at the company. In May, he had lunch al fresco with a handful of his colleagues, some of whom he had never met. And he’s planning a companywide trip as Oyster approaches 100 employees. The start-up is setting aside money for group outings and experiences, Mardack said. But he’ll still be working from home for the long haul.

The centre of San Francisco’s venture capital universe is an oval-shaped park with a quiet playground at the centre. Firms with offices that abut its neatly mown lawn include Kleiner Perkins, Index Ventures and Accel.

On a Tuesday afternoon in late June, Patreon co-founder Sam Yam sat nearby at a table outside Blue Bottle Coffee, sipping from a bottle of watermelon-infused Hint water.

Yam had brought his fruit-infused water from Patreon’s office, about a kilometre south. It’s part of an effort to lure employees back to the office. Patreon, a platform for fans to fund podcasters and other creators, recently ploughed a few million dollars into its physical space, creating more meeting places and, of course, upping its snack game. Yam said he snacked through lunch that day, sampling some of the new offerings: beef jerky, dried pineapple and puffed bean crisps.

But despite the efforts of Yam and other nearby companies, the park that’s normally buzzing with meetings between venture capitalists and techies is quiet. That afternoon, Blue Bottle had only a few customers and almost no line. South Park’s benches were mostly vacant.

Patreon’s office is open at 25% capacity, Yam said, and fewer people than that are showing up. The office is “pretty quiet”, Yam said, “but it’s also delightful hanging out with people”. The entrepreneur said he’s craving in-person encounters and hopes employees will soon start to fill back into the office at least a few days a week.

Right now, the majority of Yam’s meetings are over video or phone calls. But he says little by little, people have started to suggest meeting up for coffee in person.

A few kilometres south of San Francisco, the headquarters of companies such as Facebook, Google and Apple sit within a short drive from Stanford University’s palm tree-lined campus near Palo Alto. Wendy Gonzalez, CEO of digital training platform Sama, lives nearby. Every day, she used to make the long drive to San Francisco to Sama’s headquarters in the Mission neighbourhood.

Now, Gonzalez walks just a few metres to be at her desk by 6am, a leafy green plant and a small painting behind her. Based on her Zoom background, you’d never know she’s working out of the Airstream RV she bought for family trips during the pandemic that’s parked in her driveway.

Over coffee at Palo Alto’s popular tech meeting spot Coupa Cafe, Gonzalez said she cherishes the roughly three hours a day she saves by not driving into the city. Still, she expects to return to the office about once a week by the end of the summer. As for her team, she is leaving it up to them to decide whether to work from home indefinitely. The office will also be changed. When the Sama staff goes back, nobody will have assigned desks any more, and everyone will be given a locker to store items they want to use while they’re there.

At the moment, Sama is raising money. Gonzalez has done a few outdoor walks and coffee meetings with investors, but she estimates that fewer than one in 10 of those conversations have been in person.

When visiting tech dignitaries make their pilgrimage to the Bay Area, they often stay at the Rosewood Sand Hill hotel. Its sprawling lawn and generous lounges are typically teeming with tech personas, who flock there to be close to the world’s pre-eminent venture capital firms, which are clustered along the olive- and oak-lined highway outside.

Maha Ibrahim, a general partner at the venture capital firm Canaan, returned to the Rosewood in the middle of 2020 during the pandemic after a long hiatus. She recalled taking a walk around the hotel grounds, only to find the typically manicured gardens and hedges overgrown, an ominous sign of the times. “It was dead,” she said.

In June, a few Rosewood diners ate under yellow umbrellas on the patio of its restaurant. But its library, a living room-like area with couches and large windows, was empty. In the olden days, Ibrahim said, the place would have been packed on a Thursday afternoon.

The Rosewood was a regular haunt for Ibrahim before Covid. At the time, she mostly spent her workdays doing in-person meetings, or travelling between them in cars or on planes. Then, in lockdown, virtual meetings only quickened her pace: Ibrahim was sometimes so back-to-back booked that it was difficult to find time to use the bathroom, she said, let alone to take a shower.

Now that much of the Bay Area has eased Covid-era restrictions, Ibrahim is adding a few in-person dinners and lunches to her calendar. But she’s not in a rush to go back to the way things were.

“It’s going to be this crawl, walk, run” back to normalcy, Ibrahim said. “On the social side, I’m definitely on walk. Workwise? Crawl.”

Global nomads rethink their options in a year of reset

With pandemic infection risks,flying restrictions and quarantines, living abroad is no longer so easy
Life
1 year ago

You more productive working from home? Your boss probably does not think so

Welcome to the workspace revolution

Welcome to the workspace revolution