In an urban vs rural face-off, a middle ground is found in voluntary shepherds 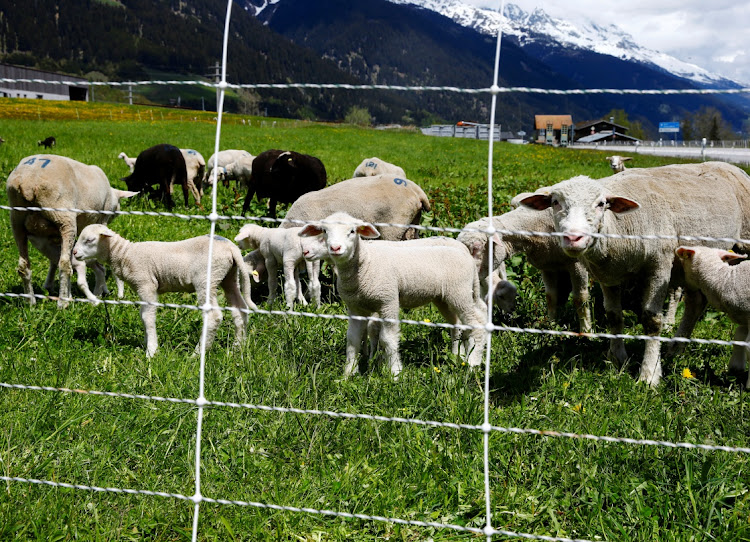 Ewes and lambs stand behind an electric protective fence during a training of Pasturs Voluntaris programme, or Voluntary Shepherds in the region's Romansh language, in the practical skills to help sheep and goat farmers to protect their flocks by keeping wolves away, in Segnas, Switzerland on May 22 2021. Picture: REUTERS/ARND WIEGMANN

Segnas — City dwellers are learning how to keep wolves at bay in the mountains of eastern Switzerland, helping sheep and goat farmers protect their flocks while also bridging an urban-rural cultural divide over how to deal with the predators.

About 100 wolves live in the wild in Switzerland and their numbers are rising.

A referendum last year on whether to make it easier to shoot wolves deemed a threat to livestock exposed divergent attitudes towards the animals from urban voters keen on protecting wildlife and from rural voters who have to put up with wolves.

The pro-conservation side won and the relaxation of shooting regulations did not happen, but some people from both sides of the divide are now working together to manage the threat from wolves while gaining better mutual understanding.

Under a programme called Pasturs Voluntaris — Voluntary Shepherds in the region’s Romansh language — city dwellers learn practical skills, such as putting up electrified fences in the correct way to keep sheep in and wolves out.

“The wolf in Switzerland is sometimes a bit of a difficult subject and I decided to come here to the Alps and see what it is really about,” said volunteer Sibylle Sommerer, from Winterthur in the lowlands canton of Zurich. She had voted against easing rules on shooting wolves.

She was one of 17 volunteers on a recent weekend, picking up tips such as how to avoid making sharp corners in the fence where an animal might get trapped.

Marcus Berther, who has 190 sheep and 100 lambs on his farm in the Alpine village of Segnas, was on hand to give instruction. “I saw really good people who you could, even now, call on for help on the mountain,” he said of the volunteers.

Berther said he is not afraid of wolves and has never lost an animal to a predator, even though one was seen running through his herd a decade ago. But he said, “I think, if it continues like this, we have to eliminate wolves that cause problems. It will be nearly impossible to defend the herd. As soon as the wolf starts to jump over the fence then we farmers no longer have a chance.”

Patrizio Decurtins, the project director, said the training course aims to strengthen protection of herds from wolves and other large predators and to extend it throughout the canton of the Grisons.

“Most of the farmers I have spoken to are happy for the help and accept it gladly. They really need the help,” he said.

That was just what freshly trained volunteer Sommerer had in mind. “Maybe in the summer, if I can go to the Alps with the sheep and some dogs, that would be my wish. I want to help,” she said.

The sensitivity rating beats that of many 15-minute antigen tests, which tend to be better at ruling out infection than finding it
World
5 months ago
Next Article