The sensitivity rating beats that of many 15-minute antigen tests, which tend to be better at ruling out infection than finding it 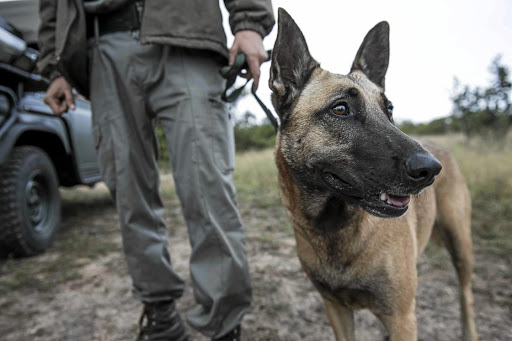 Zurich — Dogs are able to detect Covid-19 in humans, a new study shows, paving the way for the broader use of sniffing canines in a global effort to contain the pandemic.

The dogs’ detection reached 97% sensitivity in the French study, meaning that’s how well the canines could identify positive samples. The sniffing was also 91% specific, which rates the dogs’ ability to identify negatives. The sensitivity rating beats that of many 15-minute antigen tests, which tend to be better at ruling out infection than finding it.

The results mean that virus-sniffing dogs could be more widely deployed in airports, train stations or wherever crowds amass to screen people, much like they’re used for detecting drugs or bombs. Using dogs also means Covid-19 could be identified at just a fraction of a second in a non-invasive manner, and at a low cost.

The trial, which was conducted at France’s National Veterinary School in Maisons-Alfort near Paris, collected sweat samples from the armpits of the participants with cotton pads that were locked into jars and gave them to at least two different dogs for sniffing. None of the dogs had prior contact with the volunteers.

There were 335 people tested, of which 109 were positive in a PCR test that served as a control. Nine dogs participated, and the researchers didn’t know which samples were positive.

In July, German researchers showed trained dogs were able to distinguish between saliva sampled from people infected with the virus and those who were not more than 90% of the time. Finland, Dubai and Switzerland have started training dogs to sniff out infections.

The latest study was conducted between March 16 and April 9, and the Île-de-France region helped fund the trial, contributing €25,000.

Lockdown easing has pushed the travel door open by a crack, but be prepared for more than a few Covid-19 tests
Life
4 months ago

Cambodia’s microlenders have come under rising scrutiny as they are linked to predatory lending, child labour and coerced land sales
World
4 months ago

Medical aids to pay at least R300 a shot