Botswana plans to diversify its economy, investing in science, tech and entrepreneurship to lessen a dependency on diamond mining 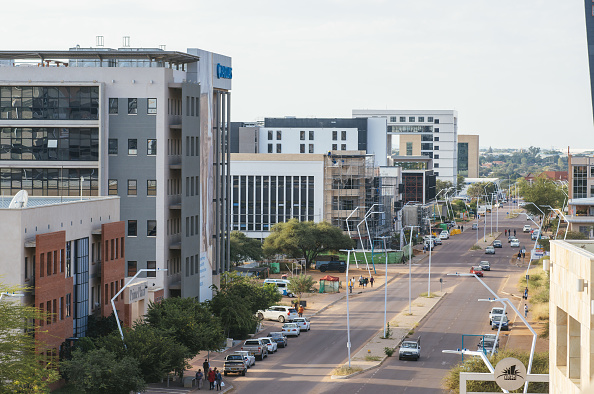 Gaborone — Every time an aeroplane streaked the sky over Kgomotso Phatsima’s village in rural Botswana, she would pause, look up and vow she too would fly high one day.

Phatsima has more than kept her promise.

Not only did she become one of the country’s first female military pilots, the 36-year-old has also built an organisation that trains thousands of young girls in robotics, coding and entrepreneurship programmes.

Her graduates get to celebrate their digital achievements with a real-life ride, piloted by captain Phatsima.

“We use the power of flight to ignite new passions and we can see that things are changing...tech will take our country to the next level,” Phatsima said.

Phatsima is just one part of a nationwide push to diversify Botswana’s economy, investing in science, tech and entrepreneurship to lessen a dependency on diamond mining.

Her main focus is young women — other entrepreneurs have chosen to back different skills or sectors. All are eager to reform Botswana’s economic model, their drive only deepened by the pandemic.

“Covid-19 was a wake-up call for Botswana that the careers of tomorrow are going to be in programming, innovation and technology,” Phatsima told the Thomson Reuters Foundation from the country’s innovation hub in Gaborone, the capital.

“As life moved online, it opened our eyes that robotics and coding are good for kids in the future,” said Phatsima, who has also worked as a teacher and trained as an aviation safety specialist in her jam-packed career.

Botswana’s post-independence economy was burgeoned by the discovery of diamonds beneath the earth’s surface, a resource that pulled one of the world’s poorest countries into the middle-income bracket, according to the World Bank.

Mining remains the biggest revenue earner for this sparsely populated southern African country, accounting for just under 20% of total GDP.

But in recent years the government has begun investing in a “knowledge-based economy”, one that does not rely on a finite resource or that can be so easily sideswiped by a pandemic.

Instead, it is banking on the minds of its citizens who have benefited from a free education, say government officials.

“We need to diversify our economy...the fourth industrial revolution needs people in the digital world and our natural resources are finite,” said Douglas Letsholathebe, minister of tertiary education, research, science and technology.

With high levels of inequality, an unemployment rate of 24.5% and a population of just over 2-million, the Batswana are eagerly launching initiatives from e-learning to online markets, all while navigating funding challenges in the Covid-19 era.

Phatsima operates out of the Botswana Digital and Innovation Hub, launched in 2014 to create a generation of start-ups by huddling all sorts of tech entrepreneurs together in one industrial park.

A brave new world that isn’t. For the pandemic interrupted the build, and while some offices are now starting to fill up, others stand empty amid builder rubble.

“A lot should be happening here, we should be having young people criss-crossing doing all sorts of things from one room to the other if we want to be seen as the Silicon Valley of Africa,” said Phatsima.

But young inventors say finding funding is the main hurdle.

Ked-Liphi — a local start-up that invents simple, everyday objects with an eye on social justice — say they have had to self-fund their products every step of the way.

Their inventory is wide and practical.

As the pandemic hit, they created a temperature check machine with built-in facial recognition, sanitiser dispenser and identity card scanner, all aimed at slowing transmissions.

More recently they have introduced a backpack with a built-in solar panel that charges as students walk to school, allowing them to plug in devices or light sources at home.

It also has a built-in tracker to locate children in countries with high kidnapping rates, said Ked-Liphi founders.

“Accessing funding has been a challenge,” said Kedumetse Liphi, the 31-year-old founder of the Ked-Liphi.

“It has taken months to get meetings with government bodies and then we were rejected, they said we need a letter of intent from a company interested in working with us, but we only have a prototype, we need funding to commercialise first,” he said.

Handing out money to entrepreneurs in a country that lacks universal electricity or proper roads is a fine balancing act, said minister Letsholathebe.

“If I find you stuck and you don’t have petrol, and then I see somebody starving, whom do I start with? Naturally, I will start to feed somebody to survive then come back to you and say OK, now I can help you too,” said Letsholathebe.

Amid all the talk of automation, innovation and a fourth industrial revolution, mineworkers fear they will be left behind as the economy changes gear.

Phatsima agrees that while tech is key, it is only “an enabler” that depends on strong policies and processes to work.

Letsholathebe said “no-one will be left behind” and that government is funding new thinking and digital training in the classroom to foster a “mindset change that technology is for everybody”.

“I have learnt to code and build a robot and use software to make the robot move...this has changed the way I thought about my future,” said Ntwaetsile.

“I realised I can be an engineer or a pilot or a business woman in control of my life, making my own money and creating jobs...if we use tech in the right way I think we will have a more equal country.”

While the developed world has banned SA travellers, countries in West Africa have shown solidarity with the country during Cyril Ramaphosa’s tour of ...
Features
5 months ago

The variant has been found in 23 countries, the WHO says, but several more could come to light as data is analysed
National
5 months ago

Ghana’s president, Nana Akufo-Addo, a human rights lawyer, has said the parliamentary process should be allowed to take its course
News
5 months ago
Next Article

Helping to halt the permafrost thaw are camels, horses and two Siberian ...

Helping to halt the permafrost thaw are camels, horses and two Siberian ...