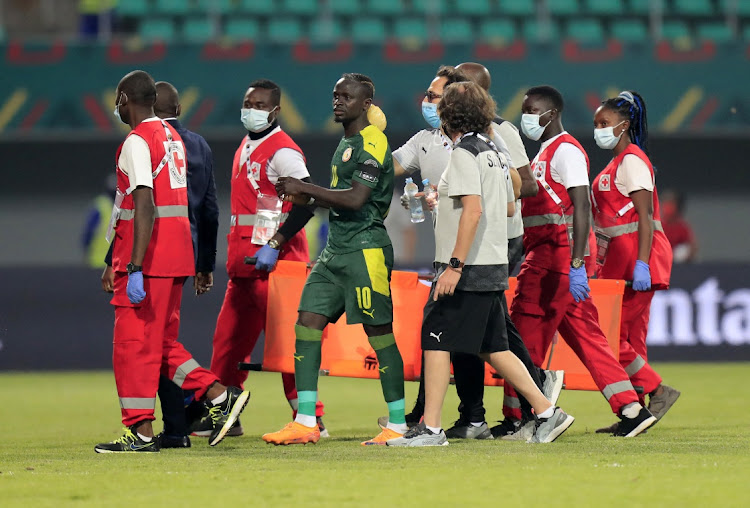 Senegal’s Sadio Mane scored but then went off with a head injury as they beat nine-man Cape Verde Islands 2-0 in the last 16 of the Africa Cup of Nations at the Kouekong Stadium in Bafoussam on Tuesday.

Mane fired home from a set-piece after 62 minutes but had been hurt earlier in a nasty clash of heads with Cape Verde goalkeeper Vozinha, who was sent off for the incident.

Liverpool forward Mane then left the field shortly afterwards complaining of a headache and could be a doubt for the quarterfinal in Limbe on Sunday.

Substitute Bamba Dieng scored the second goal deep in stoppage time against a gallant Cape Verde side, who also had Patrick Andrade sent off after 20 minutes.