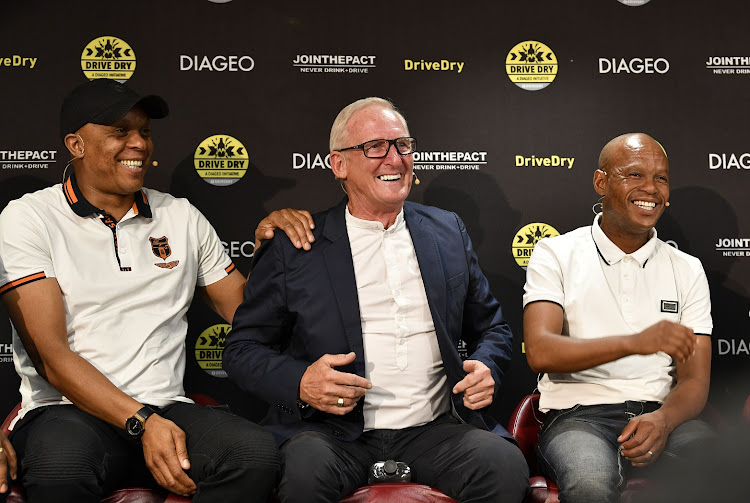 Former Bafana Bafana coach Gordon Igesund says he would be interested in a return to coaching in the top-flight with Swallows FC should the opportunity arise.

He could not comment, he said, when asked whether he has been approached by the Birds after the club sacked head coach Brandon Truter upon Sunday’s Premiership defeat to Kaizer Chiefs.

Igesund, 65, last coached at Premier Soccer League (PSL) level at Highlands Park in the 2016/2017 season. He had been taking a sabbatical from senior coaching to set up his Hamilton Football Academy in Cape Town, but is eager to return to top-flight football.

Reports said Swallows owner Panyaza Lesufi was keen to bring Igesund back to the Birds in the National First Division in 2015/2016, when the Soweto club was promoted at the end of that season.

“The bottom line is, yes, I did take a sabbatical from senior coaching to set up an academy,” Igesund said on Tuesday. “When I talk about setting up an academy people don’t realise the scale of it. It’s got gyms, change rooms, we feed the children, put them through school with an education programme. It’s a proper academy.

“I’ve had to make sure I completed this, and my staff were all operating properly. They can run the academy quite easily. I’ve got very good people around me.

“Yes, I would be very keen to get back. I was planning that and there have been a few situations. As far as Swallows are concerned, I don’t want to comment on whether they have spoken to me. But I can say there are possibilities coming up.”

The Hamilton Academy in Rondebosch has 300 attendees and is a major project incorporating teams in age groups from ages five to 21, with impressive training fields and outreach programmes. He started it in 2018 in partnership with shipping businessman Bryn Ressell, owner of Cape Town’s Hamilton Rugby Club.

If he were to make a dramatic return to the PSL, and Swallows, there would be similarities to his last arrival at the Birds. Igesund joined a Swallows trying to fend off relegation in 2010/2011 with four points from 15 games, and steered them to survival in 13th place.

The next season Swallows were runners-up, after which Igesund took the Bafana job. The Birds were relegated in 2012/2013, and plunged as far as the fourth division before Lesufi revived them back to the top flight.

This season Swallows are in last place in the Premiership on eight points from 13 games, having ended sixth in their maiden campaign back in the top flight in 2020/2021.

Golf legend says full-time golf will be too hard, but he would try ‘pick and choose’ competitions
Sport
1 month ago

Modern players should be able to start matches without being fully prepared, wicketkeeper-batsman says
Sport
1 month ago