England are favourites for Saturday’s quarterfinal against Ukraine in Rome 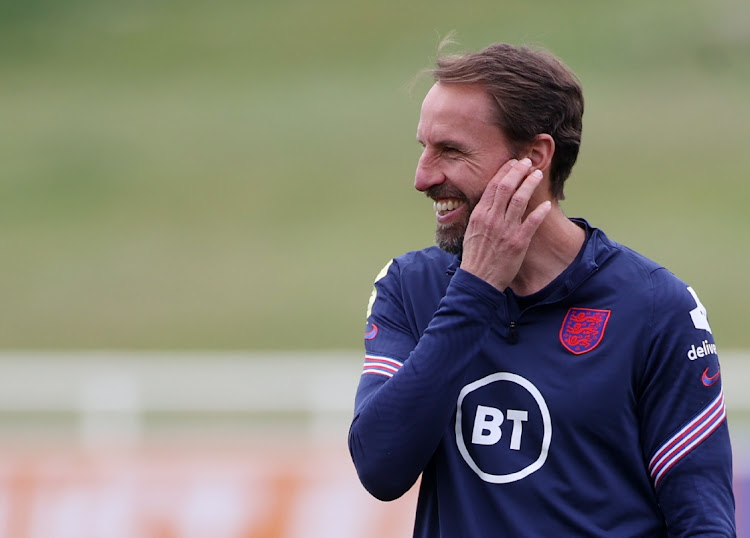 London — England manager Gareth Southgate prefers “managing expectations” to euphoria but such an approach is hard to maintain when your team has just beaten their old rivals Germany and kicked off the biggest party since the pandemic hit the country.

The 40,000 crowd at Wembley had been particularly raucous, the 5pm local kickoff time leading many to take the day off work and fully make the most of reopened pubs and bars. Hours after the final whistle had blown on a 2-0 victory the once self-mocking but now aspirational refrain of Football’s Coming Home could still be heard in tube stations across the capital.

The morning’s newspapers captured the mood of confident hope for a team without a trophy since 1966. “Time to dream — nation’s joy as Three Lions end Germany hoodoo and open up road to final” declared the front page of the Daily Mirror after what it called “England’s night of glory”, while the Daily Telegraph’s reflected the post-lockdown vibe with “Finally something to cheer about”.

Even the Guardian, known for its more restrained relationship with national pride, headlined their report with “Like emerging from a dream into a strange new light”.

The bearded Southgate, who has the demeanour of a rather sensitive and supportive schoolteacher and chooses his words with the calculation of a career politician, was, however, very much “on-brand” after the game. He quickly turned talked to his team keeping “feet on the ground”, mentally being “in the right space”.

“It is a dangerous moment for us. We will have that warmth of success and the feeling around the country that we only have to turn up to win the thing, but we know it is going to be an immense challenge from here on in,” he said.

That is the right and prudent approach for a coach to take, of course, but it is not only those waking up with a hangover and St George’s flag on the kitchen floor that expect them to beat Ukraine in the quarterfinal. By any objective measure, England are clear favourites for Saturday’s game in Rome and would also be expected to beat Denmark or the Czech Republic in an eventual semifinal back on home turf.

Indeed, a look at the two squad lists before Tuesday’s game showed England had an array of talent — young, skilful players performing weekly in the Premier League and Champions League — that should have been expected to beat a German team that was mediocre by their often world-beating standards.

Quite a lot of that talent was left on the bench though by Southgate, who rather than trust Jack Grealish, Phil Foden or Marcus Rashford to dominate, opted to play five defenders and two defensive midfielders.

There is nothing like a victory to change a narrative and many observers felt that the result was vindication of that approach. But it didn’t feel to be working when, 10 minutes into the second half, that trio of players warmed-up on the touchline to cheers from the crowd, while their teammate’s laboured with little craft.

Grealish eventually entered the field, to a loud roar and promptly changed the course of the game and possibly the tournament for England. Was it tactical genius from Southgate to introduce the Aston Villa playmaker when the opposition were tiring or was it a belated recognition that his overly cautious approach wasn’t working?

Either way, Grealish showed again he has the ability to make things happen, to open up space, to draw players to him, to go past people and to deliver the killer ball.

Whatever Southgate’s intentions for the last eight clash, Ukraine coach Andriy Shevchenko will surely be hoping the player is again on the bench.

No normal side would have come back from 3-1 down against the world champions, manager Vladimir Petkovic says
Sport
2 months ago