Home side will benefit from playing in front of a large, partisan crowd, says Bok legend 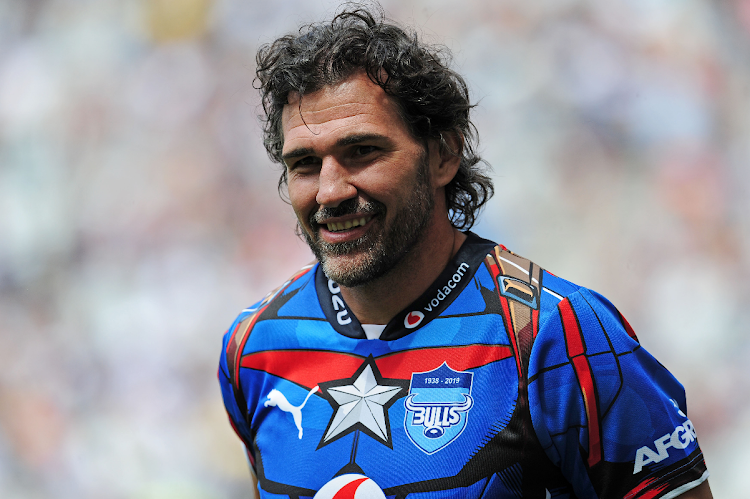 Bok legend Victor Matfield has tipped the Bulls to beat the Sharks in their URC quarterfinal. Picture: BACKPAGEPIX/RYAN WILKISKY

Springbok legend Victor Matfield is backing the Bulls for the eagerly awaited  United Rugby Championship (URC) quarterfinal clash against the Sharks on Saturday at Loftus.

The two teams meet in Pretoria looking to book a semifinal spot. Matfield believes the home side will benefit from playing in front of a large, partisan Bulls crowd.

“Loftus will definitely make a big difference. I think it is a different game when you go to Durban — we all know about the humidity there, which makes it difficult to play there and the kicking game is different.

“The Bulls know how to play at Loftus and have a good record there over the last two to three years.”

There was nothing much separating the two teams on the URC standings after the round robin stage with the Bulls ending their campaign in fourth spot and the Sharks in fifth, with a one-point difference.

If the Bulls prevail over the Sharks they will have the arduous task of travelling to Ireland to take on Leinster, who finished top of the standings in the group phase, in a semifinal next weekend.

“They [the Bulls] have only been knockout specialists in local competitions, but they are favourites against the Sharks even though it is going to be difficult.

“Once they go over to Europe, maybe for a semifinal, it is going to be more difficult against a team like Leinster. Teams that want to beat Leinster will have to be at their best. If there are two teams that can do it I believe it is the Bulls and the Stormers.”

Rugby, like all professional sport, needs the pandemic restrictions to be lifted and it is hard to see the justification for that not happening
Opinion
1 month ago
Next Article