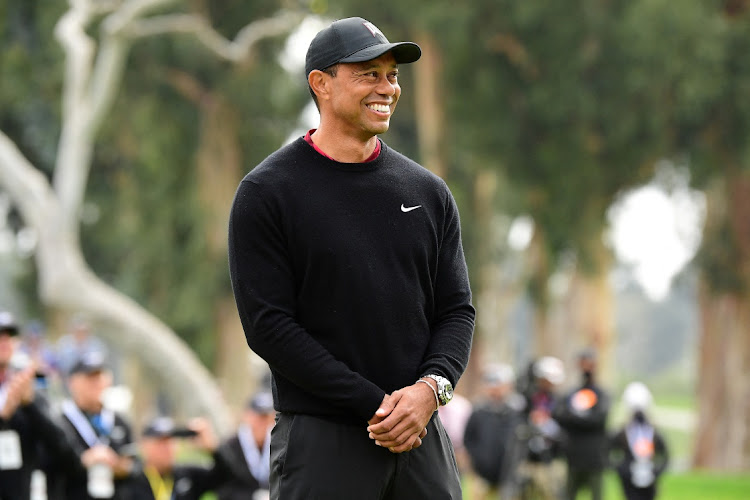 Could former world No 1 Tiger Woods be headed to the Augusta masters? Picture: GARY A VASQUEZ/USA TODAY SPORTS/FILE

Tiger Woods arrived at the Augusta National Golf Club to play a practice round, many outlets reported.

Woods, who hasn’t played an official tournament since his February 2021 car crash, is said to be gauging whether he is fit enough to compete in the Masters next week.

Numerous internet sleuths tracked the five-time Masters champion’s private jet from an airport near his home in Florida to Augusta, and a source told Sports Illustrated that Woods was golfing with his son, Charlie.

Last week, Woods’ name appeared in the field for the April 7-10 Masters on the golf tournament’s official website.

Woods, 46, hasn’t played a round on the PGA Tour since the coronavirus-delayed 2020 Masters, which was played in November of that year.

The 15-time Major champion underwent multiple operations on his right leg after a car accident near Los Angeles on February 23 2021.

Woods has said  he intends to return to the PGA Tour,  but has declined to provide a specific timetable.

“You’ll see me on the PGA Tour, I just don’t know when,” Woods told CBS’s Jim Nantz at the Genesis Invitational in February.

“I’d love to tell you that I’ll be playing next week, but I don’t know when.

“It’s frustrating in that sense, because I’ve been down this road before with my back when I didn’t know when I was going to come back.

“It’s hard, because it’s hard not to have goals out there — you know, I want to play this event so I can set myself up for that mentally and physically and emotionally.