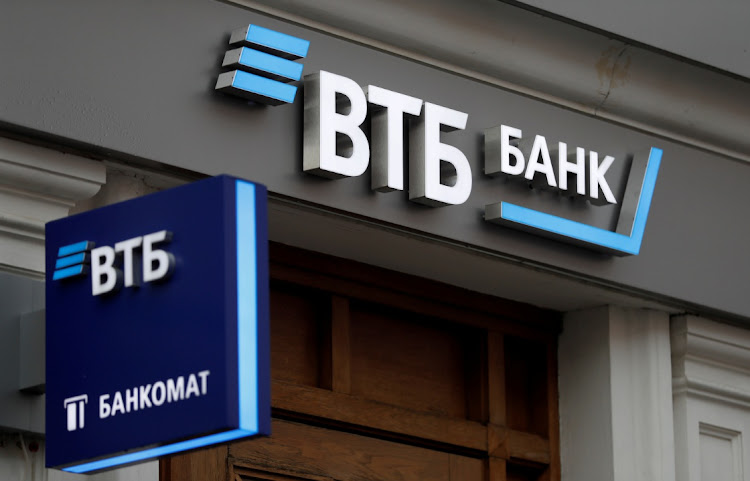 Logos are on display outside a branch of VTB bank in Moscow, Russia, in this May 30 2019 file photo. Pictture: REUTERS/Evgenia Novozhenina

Russia’s second-largest lender, VTB, hit by Western sanctions against  Moscow actions in Ukraine, sold a tonne of gold to customers this month and expects demand to rise, the state-controlled bank said on Wednesday.

Russia scrapped a 20% VAT on gold buying for individuals on March 1 as people rushed to park savings when the rouble sank to record lows. The currency has been hit by sweeping Western sanctions on Russia in response to what Moscow calls its “special military operation” in Ukraine.

State-run VTB said it received more than 200 orders since it began selling gold bars at the beginning of March. It said customers bought 1kg bars.

With the “increased uncertainty”, gold enables allows investors to diversify their portfolios, secure their savings and protect them for future generations, VTB senior vice-president Dmitriy Breytenbikher said in a statement.

Purchases of precious metals by Russian households should also reduce the amount of cash flooding the economy, analysts have said.

On Monday, Russia’s central bank resumed buying gold from banks at a fixed price of 5,000 roubles ($59.35) per gram after temporarily suspending purchases from banks in mid-March to meet increased demand for the metal from households.

Tycoon Alisher Usmanov and Kremlin spokesperson Dmitry Peskov are among 19 Russians to have US-based assets targeted, including yachts, luxury ...
World
5 months ago