But series proves controversial for PGA Tour and many leading golfers 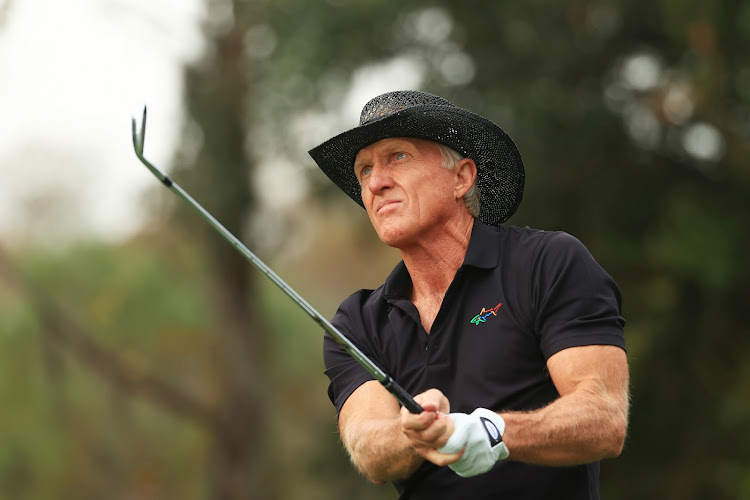 A new Saudi-backed global golf circuit fronted by Greg Norman promised prize money of at least $250m as it released details of eight new tournaments, including one at former US president Donald Trump’s private course in New Jersey.

The LIV Invitational series will launch at the Centurion Club near London the week before the US Open in June, while the Trump National Bedminster event will be played in late July.

Trump National was scheduled to host the PGA Championship in May, but the event was moved after the January 6 attack on the US Capitol in 2021.

“The series will unfold over seven regular season events that crown an individual champion and culminates in a team championship match play event for $50m.”

LIV said the tournaments would consist of 48-man fields played over 54 holes with no cut, with both an individual and four-man team format.

They will use “shotgun starts”, in which every group tees off at the same time from different holes.

It remains unclear whether many of the game’s top players will participate.

The US-based PGA Tour has remained implacably opposed to the Saudi-backed league, telling its members they would be banned if they joined the fledgling tour.

LIV is inviting players to compete in as few events as they want, rather than forcing them to commit to every event.

PGA Tour members generally need a “release” by the commissioner to compete in conflicting events.

The question is whether commissioner Jay Monahan will be open to granting releases to those who want to participate in only one or a handful of LIV events.

The new series has taken a huge hit in recent weeks as a number of the best players have pledged their allegiance to the PGA Tour, including Irish four-times major winner Rory McIlroy, who said it was “dead in the water”.

Australia’s Norman, a World Golf Hall of Fame member who counts two British Open titles among his 20 PGA Tour wins, is spearheading the circuit as CEO of LIV Golf Investments, which is backed by the Saudi Investment Fund.

The LIV series’ image has been tarnished by comments American six-times major champion Phil Mickelson made about Saudi Arabia’s human rights record and using the league to gain leverage over the PGA Tour.

Mickelson apologised after his comments drew widespread criticism and said he would take time away from golf to “self-reflect”.

VINCE VAN DER BIJL: Our national teams inspire awe in revealing what an exciting nation we can become

If we can ensure sport is enjoyed by all, then the politicians and administrators will have fulfilled their sporting purpose
Sport
4 months ago

Despite injuries, the high-aiming golfer is preparing hard with his trainer and physio for this week
Sport
4 months ago