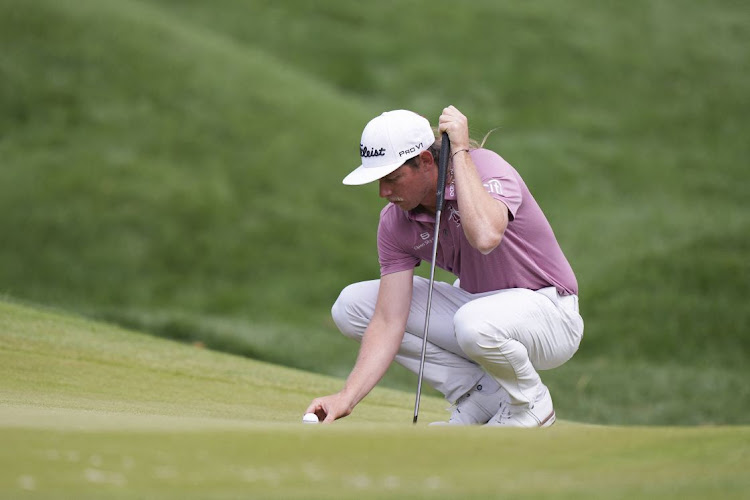 Cameron Smith survived a wild week and a rollercoaster final round to claim a one-shot victory over Anirban Lahiri at the Players Championship on Monday and collect the PGA Tour’s biggest payout, pocketing the winner’s cheque of $3.6m.

Two shots back of front-running Lahiri going into the weather-delayed final round, the 28-year-old Australian held his nerve when needed, carding a six-under 66 for a winning total of 13-under 275 to capture his second title of the season and fifth of his career.

Lahiri closed with a 69, his disappointment eased by the $2.1m second-place purse while Briton Paul Casey returned a final round 69 as well to finish two shots back alone in third.

“I felt as though one of these big ones was the next step for me,” said Smith. “I’ve knocked on the door a few times and I just felt like it was my time.

“I hit a lot of quality golf shots and didn’t really back down and just kept trying to make birdies.” He made 10 of them in the final round, most with his putter one putting 13 holes.

Smith mounted an early charge rolling in a 38-foot monster putt for a birdie at the first and continued to ring them up registering five on his opening six holes. But his round went off the rails with three straight bogeys from the seventh to wobble into the turn.

Smith’s Jekyll and Hyde round took another sudden twist with four consecutive birdies to start the back nine constructing what looked to be a comfortable three-shot cushion heading onto the 18th.

Lahiri, bidding to become just the second golfer from India to win on the PGA Tour, birdied the famous par-three 17th island green to trim the lead to two while ahead of him, Smith had found the water.

Smith took bogey at 18, leaving Lahiri needing a birdie at the last to force a playoff, coming up just short when his chip from 40 feet came to rest inches from the cup.

With torrential rains and raging winds hammering the TPC Sawgrass through the opening rounds, the PGA Tour’s flagship event became a test of endurance with a Monday finish. Smith proved he could go the distance claiming golf’s unofficial fifth Major and the PGA Tour’s richest stop with a total prize purse of $20m.

Dustin Johnson had the round of the day, matching the course record with a nine-under 63 to climb up into a tie for ninth while world No 1 Jon Rahm closed out a tough week with a five-over 77 to finish well back, tied for 55th.