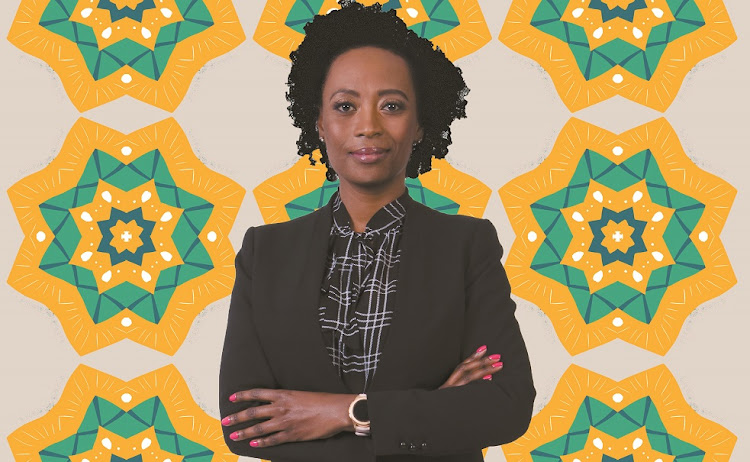 Six weeks after issuing her first statement as the new CEO of 4Racing, Fundi Sithebe is not letting the grass grow under her feet and has identified more black participation and the welfare of grooms as two areas which need to be addressed.

The horse-racing fraternity has reacted positively to the various interviews she has given since her appointment at the new horse-racing operator. 4Racing was launched on DStv Channel 240 on January 19.

Sithebe, a qualified pilot, started her career as a business analyst for Deloitte Consulting and held the position as COO of Airports Company SA (Acsa) from December 2017 to April 2021.

In an interview with eNCA, Sithebe said: “We should take the sport to our people as best and as much as possible and build a culture of young, old across any demographic coming to enjoy this fantastic sport. We inherited a broken business — we need to grow that business and bring trust and confidence back to the sport.”

In her December statement, Sithebe said 4Racing was embarking on a mission of “building the world’s most loved racing experience. One of the first priorities in relation to business processes is to do a vigorous review of all aspects of the business”.

She has quickly identified the wellbeing of grooms who play a vital role in looking after their horses day and night. Though this will go down well in government circles, Sithebe is clear regarding transformation.

“At 4Racing, transformation isn’t seen as a government mandated scorecard to which we must adhere. Rather, we see it as a critical step in developing a quality racing product that can be enjoyed by all spheres of society in SA.”

“Ms Sithebe is saying all the right things. But talk is cheap and she’ll have to make work of it — a good start will be the grooms. Of course, Ashwin [Reynolds, owner of Durban July winner Kommetdieding] is good for the game, but my guess [when it comes to black participation] is that Ms Sithebe means black African. We have lots of Indian owners in Natal.”

At one stage, Fourie, whose passion is deep-sea fishing, must have thought he would have been better off on the ocean, but his mount responded to his urgings to suggest he will be a force in the forthcoming Triple Crown.

As far as the Triple Tiara is concerned, Clafoutis put her hand up for that trio of races with the daughter of Flower Alley coming close to notching the fourth win of her career.

Aragosta is a son of Rafeef and six of the stallion’s progeny will be offered at the CTS Premier Yearling Sale at the De Grendel wine estate on February 6.

Aragosta, with Fourie in the saddle, seems certain to start as favourite for the Grade 3 Sea Cottage Stakes at Turffontein on Saturday
Sport
3 months ago

The stable will probably have four runners: Double Superlative, Jet Dark, Hoedspruit and Do It Again
Sport
3 months ago

De Gouveia must be wary of in-form Khumalo at Vaal