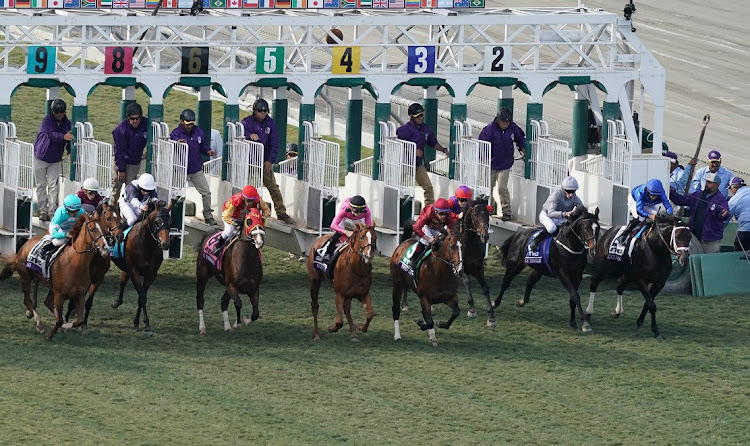 The pandemic is not over — the Netherlands is back under lockdown — but there is a belief that racing will soon be back on a better footing after the granting of operating licences to 4Racing.

“The transfer of racing licences from the Gauteng Gambling Board to 4Racing is a major step forward for the SA horse-racing industry,” enthused 4Racing CEO Fundi Sithebe.

“It gives 4Racing the opportunity to bring stability to the industry and to the over 1,000 people currently employed by Phumelela,” she added.

Sithebe went on to say that “we have been hard at work in preparation for the granting of all licences we have applied for and for the completion of the transaction with Phumelela. We will soon share more concrete details of our future vision.”

November is proving a positive month for the sport with the recent announcement that World Sports Betting has come on board as the new sponsor of the Gauteng Summer Cup, scheduled for November 27.

This isn’t the first time World Sports Betting has stepped into the breach to boost a major race and it means this year’s gross stake will be increased from R1m to R2m. Good news indeed for those owners with fancied runners in Johannesburg’s major racing event.

The same sponsors have also thrown a lifeline to the popular Grand Heritage Handicap, due at the Vaal on December 11. The stake has been doubled from R150,000 last year to R300,000. The  race over 1,475m is popular because it resembles the Grand National in the UK — without the jumps.

It is a big betting event as 28 runners are allowed to compete, with two reserves named in case of any withdrawals.

The new sponsorship of the Summer Cup indicates that bookmakers are thriving in SA at a time many sports have lost existing sponsors because of the pandemic. Phumelela will be over the moon that its major highveld race has been given such a significant shot in the arm.

Another booking operation, Hollywoodbets, based in KwaZulu-Natal, has also been making waves in the sponsorship arena this year and recently with Sean Tarry took over ownership of horses previously owned by Chris van Niekerk. It now has more than 100 horses in training countrywide with various trainers.

A few months ago Hollywoodbets announced it had appointed jockey Daniel Muscatt as UK ambassador. The rider has now been joined by Jamie Moore, brother of world renowned rider Ryan Moore.

This is a slight deviation for Hollywoodbets as Jamie Moore is a National Hunt jockey with his biggest success to date coming in the Scottish Grand National.

The same sponsor also supports trainers and jockeys and enjoys the naming rights for two racetracks. Clearly it is running a profitable business.

Spies’s bright start to new season can continue at Vaal

Spies’s bright start to new season can continue at Vaal