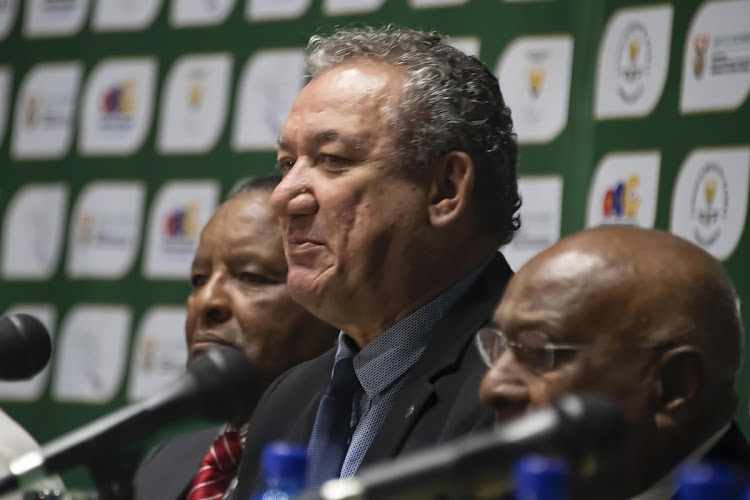 The details of Barry Hendricks’s return to the SA Sports Confederation and Olympic Committee (Sascoc) board have yet to be finalised‚ Sam Ramsamy says.

The veteran administrator‚ who was appointed by the International Olympic Committee (IOC) to facilitate Sascoc elections as soon as possible‚ co-chaired a potentially volatile special general meeting on a virtual platform on Saturday.

The majority of federations voted to have the disciplinary action against Hendricks dismissed and that he be reinstated.

Hendricks was the acting president when he was suspended by the board in mid-April after an allegation that he and Tennis SA  president Gavin Crookes had conspired to block Tennis SA board member Ntambi Ravele from standing in the Sascoc election.

Hendricks was exonerated in an arbitration hearing in July and a separate Tennis SA probe made no contradictory finding‚ but the Sascoc board had pressed on with disciplinary action through its judicial body.

But that came to an end with the vote on Saturday‚ with 47 sports bodies backing the motion‚ 10 against and five abstentions.

“I’ll have a chat with Barry on Monday and work out the mechanisms‚” Ramsamy said.

He was happy with the meeting‚ at which delegates also agreed on November 7 as the date for the overdue Sascoc elections.

“I’m relieved‚” said Hendricks‚ who since taking over as acting president on January 1 has spent more time under suspension than on the job.

“It’s been a tough six months for me and my family‚” he said‚ adding he thought at one point he had lost the fight. “After the arbitration I thought it was over.

“But I’m grateful to the national federations for believing in me.

“The only way we’re going to move forward to do the best for the athletes and the organisation is as a collective.”

Failure to make the change could see SA booted out of the Paralympic Games, says a source
Sport
10 months ago

More than half will have to close shop if the lockdown lasts three months longer, with worse prospects for a longer shutdown
Sport
1 year ago
Next Article