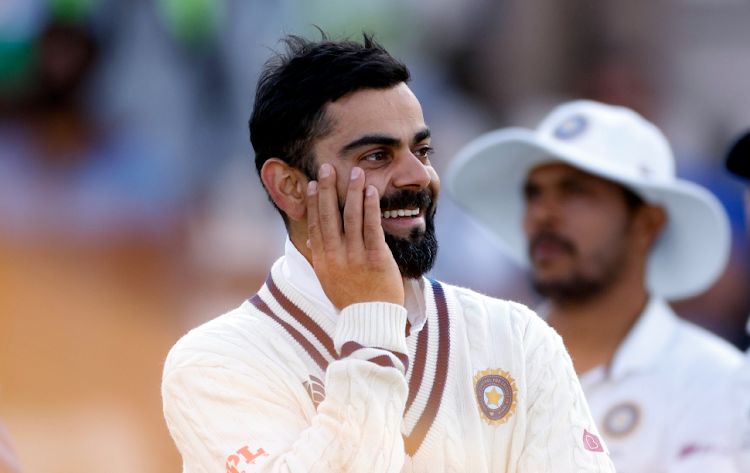 India will hope the return of regular captain Virat Kohli proves to make the difference for the hosts against New Zealand when the world’s two top-ranked Test sides clash in the second and final match at the Wankhede Stadium from Friday.

Debutant Rachin Ravindra and No 11 batter Ajaz Patel combined in a last-wicket stand for New Zealand during the last session in Kanpur to see out the final 52 balls to deny India victory and leave the two-match series evenly poised.

While Kohli’s return after a rest will be a welcome boost for the second-ranked Test side’s batting, it will also leave them with a selection headache.

In Kohli’s absence, Mumbai batter Shreyas Iyer made a dream Test debut with a first-innings 105 followed by a crucial 65 in the second.

Calls have grown to drop either Ajinkya Rahane, who led India in Kanpur, or Cheteshwar Pujara — both of whom have been short of runs — to vacate a spot for Kohli and allow Iyer to retain his place.

“Both with Ajinkya and obviously Pujara, we know there’s lot of experience behind them,” India’s bowling coach, Paras Mhambrey, said on Wednesday.

“We also know as a team that they’re one innings away from coming into form. So everyone is behind them, backing them. We know the value they bring to the team, the experience that they have will come good.

“So in that sense, we are really not having those discussions about them. They’ve played enough cricket to understand what’s expected of them and what is required to get that going.”

For India there are question marks on the availability of Wriddhiman Saha, who was unable to don his wicketkeeping gloves on the final day due to a stiff neck. KS Bharat will make his India debut if Saha cannot prove he is fit.

Top-ranked New Zealand, who beat India in a June contest in Southampton to win the inaugural World Test Championship, will have a chance to write history if they manage to win in Mumbai. The gritty Black Caps have never won a Test series in India, let alone a Test match, since the 1988/1989 tour.

Mumbai-born Patel said the current side are not bothered about history and they will go into the contest confident  they can beat India. But he warned that the spinners need to do better with the ball than they did at Kanpur.

“As a spin bowling unit, we were somewhat guilty of not keeping the stumps in play for long periods of time,” said the 33-year-old, whose parents immigrated to New Zealand in 1996. “We’ve just got to make sure  we’re a lot tighter on our lines and our lengths.

“From a batting perspective, our batters did an outstanding job on that wicket against the calibre of spinners that they [India] have.”

Upcoming tour by Virat Kohli’s men of SA will not have the colonial bias of recent events to stumble over, writes Neil Manthorp
Sport
8 months ago

With a first-innings hundred followed by 65, Iyer now presents his team management with a selection headache
Sport
8 months ago

Despite Jamieson taking out three top-order batsmen, he admits opponents are 'a fraction ahead'
Sport
8 months ago