The former DA mayor joined Herman Mashaba’s movement a month after resigning from the DA, saying he wants to realign SA politics 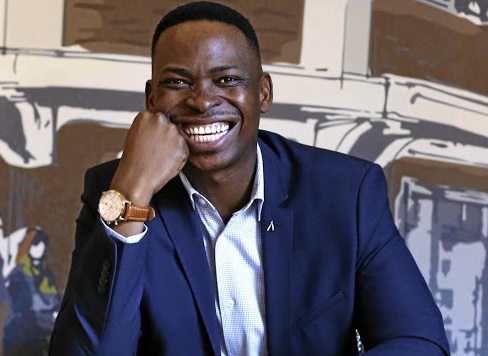 The long-standing baggage in the DA was one of the deciding factors for former Midvaal mayor Bongani Baloyi to move to join ActionSA.

“The key difference between the DA and ActionSA is the baggage the DA has. Over and above ActionSA is very clear about its social justice policy,” Baloyi told Business Day on Monday, shortly after announcing his move.

“Any political party that has been standing for a long time has many issues [including] trust issues with voters, people leaving and coming, people being uncertain  [and] those are things that are happening and people are rejecting [it]."

Baloyi, who quit the DA after 14 years, joins list of other former prominent DA members John Moodley, Abel Tau, Funzi Ngobeni and Lincoln Machaba who left the party to join ActionSA. The movement was formed in 2020.

The DA’s Gauteng leader, Solly Msimanga declined to comment, saying Baloyi was no longer a member of the party.

“My joining ActionSA is not out of anger, but actually because of hope that lies ahead of me. I believe this is a realignment of our politics. We have one enemy, and that is the ANC,” he said.

Baloyi has the backing of ActionSA party leader Herman Mashaba to become the party’s Gauteng premier candidate in the 2024 national elections. Baloyi will be serving in the party’s senate, the highest decision-making body between conferences.

“For ActionSA to grow we will need more leaders with their own voices bringing the kind of skills, experience, youthfulness and excellence that Baloyi epitomises,” Mashaba said.

Baloyi became the youngest mayor when he took the reins at Midvaal in 2013 and went on to make it one of SA’s most successfully run municipalities, tipping him to becoming the DA’s premier candidate in Gauteng in the 2024 national elections.

His departure follows the drop in DA support after the November municipal elections when the party failed to win majority votes in crucial metros save for Cape Town. DA support under Baloyi rose from 59% in 2016 to 63% in 2021.

Baloyi will form part of ActionSA’s “road to national elections”, where the party plans to contest all provinces, after only contesting six municipalities in the 2021 local government elections.

He has indicated his willingness to throw his hat in the ring for the party's premier candidacy when it heads to its elective conference in 2023.

“When the time comes I am definitely going to throw my hat in [the ring],” he said.

“I believe this is the actual realignment of our politics in the country, where South Africans of all capabilities and diversity need to join hands and work together because we’ve got one enemy, and that enemy is the ANC,” Baloyi said.