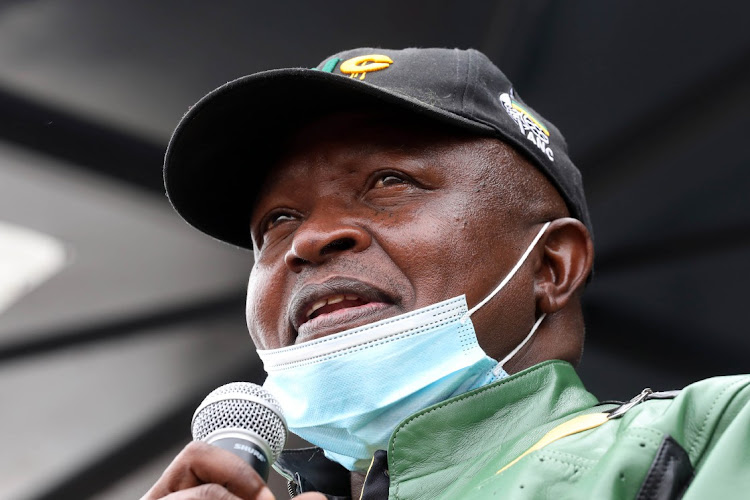 David Mabuza during a door to door campaign in Benoni. Picture: ANTONIO MUCHAVE

Deputy president David Mabuza was on Tuesday met by hostile crowds whose grievances ranged from lack of service delivery to the load-shedding regime that has no end in sight.

Mabuza admitted the ongoing load-shedding was worrying for the ANC because it had disrupted the governing party’s campaigning ahead of local government elections next week.

SA is under stage 2 load-shedding, which is expected to continue into the weekend.

“We are all inconvenienced by load-shedding, but generally I understood Eskom’s problems to be the maintenance of plants that are old. They can break any time. You can’t plan maintenance, it just happens. And as it happens, it disrupts services,” said Mabuza.

He was addressing the media on Tuesday while on the campaign trail in Benoni, which falls under the Ekurhuleni metro.

He said Eskom management has had to be proactive and manage available supply. “It is affecting our campaign because people are complaining about electricity and it’s a problem we know. I am crossing my fingers that Kusile and Medupi [power stations] should come fully online.

“That will improve our situation a bit. We have independent power producers coming online and I am sure that will also have a positive effect.”

The deputy president chairs the political task team that is looking at solving problems faced by the embattled power utility.

The DA has been highly critical of the ANC and its handling of Eskom. The opposition party has gone as far as revealing plans its government in the Western Cape will implement to insulate some municipalities from rotational power cuts.

In Benoni, Mabuza held three public meetings where he was met by hostile crowds complaining about service delivery and the ANC ward candidate selection processes. These are complaints that have followed the party across the country.

During one of the meetings, held in ward 73, he told the crowd that Ekurhuleni mayor Mzwandile Masina was the best the ANC can give them.

“We have made mistakes, but this is the best you can have. Ekurhuleni is the best managed metro under Mzwandile. We don’t want to thank him when he is dead. We will praise him because we saw houses have been built. We can see the roads, we can see water reservoirs. That is good work,” said Mabuza.

He told the crowd the ANC was against criminals, criminality and corruption in the party.

Eskom reinstated load-shedding at the weekend, which will continue into Tuesday as several unplanned outages have put pressure on the power system
National
6 months ago

IEC, business and political leaders appeal for calm  in run-up to November 1 poll
National
6 months ago