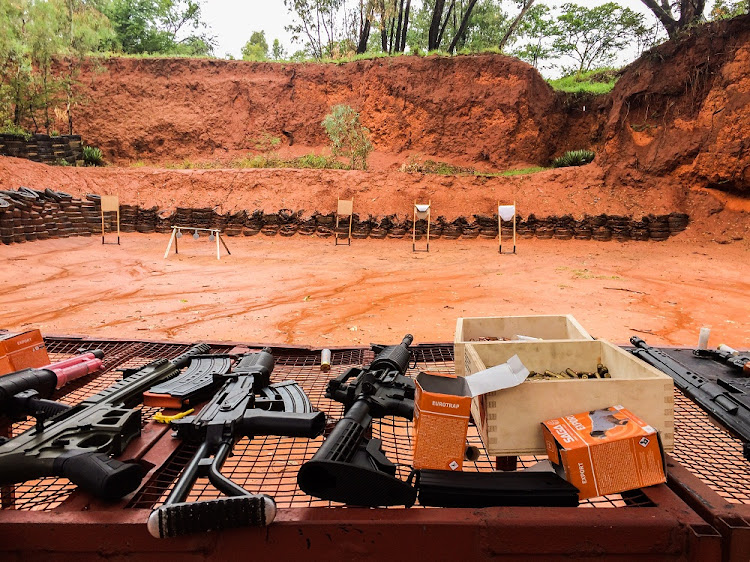 A selection of firearms and bullets lie on a steel frame at the Magnum United Shooting Range east of Tshwane. Picture: PIETER VAN DER MERWE

The proposed amendments to the Firearms Control Act reveal much about government thinking.

The amendment proposes not only that firearm licences may not be issued for purposes of self-defence, but arguably — by stipulating that they may only be used “for a lawful purpose” — that the use of any firearm for self-defence will be prohibited.

Chronic insecurity is a constant of life in SA, both because of the reach and violence of crime that pervades society. No-one should imagine that the reasons for this are simple or the solutions obvious — but the fact remains the state hasn’t the ability to offer its citizens a reasonable prospect of protection.

Nor, one could be forgiven for believing, does it seem particularly interested in doing so. At least not for the general populace: as funding for policing was slashed (partly to fund SAA’s bailout), funding for VIP protection went up. Clearly, the state is not willing to compromise the security of those it favours.

Guns are not a total solution to the ravages of crime (nor, incidentally is pouring money into policing, even though it demonstrates official priorities in quantitative terms). But they offer some prospect of defending oneself and one’s loved ones where help is just not on the way.

This amendment bears the hallmarks of the meeting of ideology and showmanship: a belief in the inherent right of the state to prescribe to the people what is good for them, combined with a high-profile policy action to pretend that “something is being done”.

SA’s citizens, irrespective of their stance on firearms, need to recognise the removal of a means of self-protection — and the legal right to use it — for the callous citizen abuse it is.

This is unlikely to change as small, rural states where gun ownership is widespread have disproportionate influence in the US Senate
World
2 months ago