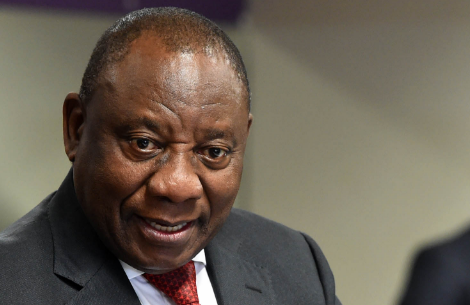 A year after the report of the commission of inquiry into the multibillion-rand arms deal was reviewed and set aside in its entirety, nothing has happened.

Almost exactly a year ago the high court in Pretoria, thanks to dogged litigation by Right2Know and Corruption Watch, struck down the report which found there was no evidence of corruption in the arms deal.

As part of a supposed overhaul of SA’s military, the government signed contracts, worth R30bn at the time, with various international companies in the early 1990s. The deal was soon mired in allegations of kickbacks and corruption, leading then president Jacob Zuma to establish a commission of inquiry, chaired by judge Willie Seriti, in 2011.

It would set the tone for a country in which corruption is ingrained in its body politic, such as what has happened in the state capture years and more recently during the Covid-19 pandemic with politically well-placed players allegedly benefiting from contracts for personal protective equipment.

The commission cost the country millions of rand, and took years before the report — labelled a whitewash — was finally completed. The cost of the infamous deal, while politically huge, today has a much larger price tag.

One can only wonder what could have been funded by that amount of money in a country in which the economy has tanked and debt is spiralling.

While there have been no important consequences for those embroiled in the deal, the judgment opened up the possibility of accountability. Now it seems that hope was stillborn, especially from the side of the government which has never before had to deal with the implications of a commission of inquiry’s findings being set aside.

Hennie van Vuuren, one of the activists that delved into the details of the arms deal, cut to the heart of what has happened in an interview with Business Day’s sister publication Financial Mail last week, by saying it’s as if it was decided that the issue would disappear if you never speak about it again.

It speaks of cowardice on the part of President Cyril Ramaphosa’s administration that the judgment was not followed up by action, and especially after the president promised to root out corruption.

The only action taken has been by Holden’s Shadow World Investigations and Van Vuuren’s Open Secrets, which last week laid a complaint at the Judicial Service Commission against Seriti and commissioner Hendrick Musi, who is now judge president in the Free State.

The two men want the judges to be impeached, as there should be consequences for judges who sit on commissions of inquiry and do not do their jobs.

In this entire saga it was Holden and Van Vuuren and civil society organisations Right2Know and Corruption Watch, that refused to give up the battle for accountability. They are the true patriots.

While it seems the issue could disappear into the abyss, it bears relevance for SA today, as commissions of inquiry are a favourite tool to deal with issues that put the government under pressure.

It is rare that these commissions get to the heart of an issue, such as was done in the inquiry led by judge Robert Nugent into the workings of the SA Revenue Service.

With the Zondo commission of inquiry into state capture slogging on, and the price tag getting close to R1bn, one can only hope that it will have an impact, and not just make for some compelling reading.

But if the Seriti commission is evidence of anything, it’s that little justice flows from a commission of inquiry.

Legal framework to tackle the scourge is underdeveloped, especially for a country with the third highest number of victims
Opinion
8 months ago

After tanking 39% in the first three months of the year, the JSE jumped 25% in the three months to June
Opinion
8 months ago

Group is executing what looks like a coherently drawn up turnaround plan, though it has the backing of the government only on paper
Opinion
9 months ago

The alcohol and cigarette sales ban could not have continued much longer, with business reconsidering investments
Opinion
9 months ago
Next Article

Activists in bid to have arms deal inquiry judges impeached

ANTHONY BUTLER: After his rise, Ace Magashule is unlikely to fall too far

Activists in bid to have arms deal inquiry judges impeached

ANTHONY BUTLER: After his rise, Ace Magashule is unlikely to fall too far