On Earth the internet is down and lights are off, airlines are grounded and shipping is stalled 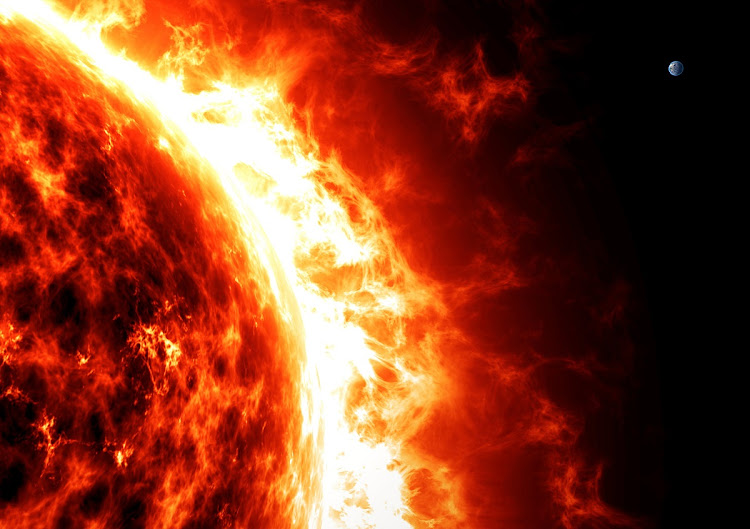 That’s the problem with the digital, connected, electronic age. When you’re used to the lights always being on, and everything available, on demand, it’s a shock to the system when the world goes dark and silent.

The sun has been so quiet for so long that we’ve become complacent and were totally unprepared for the solar “superflare” that hit us yesterday. The coronal mass ejection created a geomagnetic storm of charged particles streaming around our planet, generating catastrophic electrical surges on the earth and knocking out satellite systems in space.

But you know this. Your city is probably suffering a total blackout too. Your Wi-Fi is down, and there’s no signal for your phone. And no dial tone either, because landlines are as obsolete as chequebooks. Your solar inverter is fried, and your car’s display is a mess of warning lights. There’s no Uber or Amazon to fall back on, and what’s left in your scorched fridge won’t last long. Unless your neighbour has one of those old-fashioned petrol generators, or you have a bicycle, you’re stuck and in deep trouble.

It’s even worse in space. There’s no GPS, no Satphone, or TV or Starlink. Airlines are grounded, shipping is stalled, and banking is bust. Smart devices on the “internet of everything” are zombies. Drones are dead and cameras are kaput. Hospitals are helpless. It’s like the apocalypse finally arrived. Thankfully the National Guard still uses diesel trucks and reservists are out on the streets to prevent inevitable looting.

But spare a thought for those poor astronauts orbiting the moon in the Lunar Gateway outpost. They might as well be marooned on a desert island, with no way of knowing what’s happening back home. It could be weeks or even months before Nasa establishes radio comms and mounts a rescue mission. Mind you, if they have enough supplies, they should stay there, it’s better than the chaos down here.

I’d better post this article before my iPad dies, but how the heck am I going to do that?

Earth ‘attacked’ by the sun

Welcome to Blackout Friday. Yes, it’s Friday the 13th. You probably won’t be able to read this on your flexipad until systems are restored next week, when the cosmic storm has abated.

In the biggest event of its kind in recent history, the sun sent a huge solar flare arcing towards Earth, as if aiming at the heart of our technological hubris. The geomagnetic storm that accompanied it knocked out communications systems across the globe, despite engineers being forewarned of the risk.

The truth is, our hi-tech lifestyles and economies just can’t function without the networks, satellites and “smart” systems we’ve built in the past 50 years. Even a temporary shutdown just wasn’t an option. Disaster recovery operations are in full swing, but the scale and extent of the disruption has surprised most scenario planners.

Air travel is limited to visual flight rules as the world has turned into a gigantic Bermuda Triangle. GPS is offline. Ships’ navigators are resorting to sextants and mechanical clocks while they wait for the silent skies to come back to life.

“If a second flare takes out our backup systems, then we are really in trouble,” was the opinion of one network engineer, who preferred to remain anonymous. “Nasa is not sure that the storm is over. Timing is crucial.”

Economists are already speculating that the damage to business and trade outweighs the worst natural disasters of the previous decade put together, including Hurricane Katrina and the Icelandic volcano eruptions. Climate scientists are also worried, as cosmic radiation affects high cloud formation.

Even fibre-optic repeaters have been knocked out. I’ll have to use a carrier pigeon to send this story.

NEWS FROM THE FUTURE: A supercomputer in your pocket

Augmented humans only need apply
Opinion
2 months ago
Next Article