TEAL EMERY: A chance to reshuffle the stacked decks of net zero measurements

Current rules greenwash rich countries’ climate record, and SA can do something about it 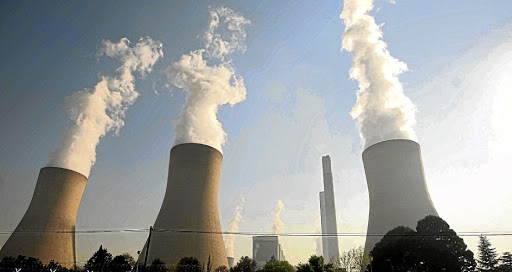 Is SA more carbon-intensive than Saudi Arabia? According to a draft proposal for net zero investing in sovereign debt that the Glasgow Financial Alliance for Net Zero (GFANZ) may soon adopt, it is. The proposed carbon intensity metric ranks SA dead last. If the Glasgow alliance adopts this standard it could compel financial institutions with $130-trillion in assets to steer their sovereign debt investments away from SA.

But how can SA, whose trade-adjusted per capita carbon emissions are less than a third of oil-producing Saudi Arabia’s, be considered more carbon-intensive? President Cyril Ramaphosa has embraced climate action as a core pillar of domestic and foreign policy, and the world is watching the country’s ambitious plan to steer a just transition away from coal. Last November, at COP26 in Glasgow, the $8.5bn Just Energy Transition Partnership with SA was widely lauded as one of the summit’s few tangible climate finance victories. What has changed?

As global investors embrace the goal of net zero what seems like the dull details of measuring a country’s carbon intensity hide questionable assumptions with material consequences for international investment flows. Proposed carbon intensity metrics greenwash rich countries’ outsized responsibility for climate change at the expense of SA and other developing countries.

Instead of supporting the just transition, the GFANZ is in danger of further stacking the deck in favour of wealthy countries. The proposed carbon intensity metric uses two tricks that systematically favour rich countries and put SA last. Perversely, this could steer financial flows away from SA government bonds just as the state needs to finance the restructuring of the energy sector away from coal and mitigate the effects for the hundreds of thousands of SA families who depend on coal for their livelihoods.

Thankfully, it is not too late for SA to stop this flawed approach and demand that net zero and other sustainable investing frameworks ensure that the incentive structure they create matches their rhetoric of supporting the just transition in developing countries.

But before we get there, let’s start with some context. The Paris Agreement, adopted in 2015, recognises that on a per-person basis advanced economies bear disproportionate responsibility for causing climate change. And they have more resources for fighting it. Article 9 of the Paris Agreement commits developed countries to help fund climate adaptation and mitigation in developing countries.

At COP26 wealthy countries once again failed to deliver on even their modest climate finance commitments. In part to make up for this failure, British Prime Minister Boris Johnson’s COP26 finance adviser, Mark Carney, announced the launch of the GFANZ. With more than 450 firms and $130-trillion of assets, the alliance aims to align the global financial system with the targets of the Paris Agreement and catalyse trillions of dollars of investment in climate adaptation and mitigation in developing countries.

After the bright lights of climate summitry fade, the real work begins. An army of technical committees works to finalise standards for every asset class. The sustainable finance standard-setting process treats sovereign debt as a $60-trillion afterthought. When sustainable finance standard-setters try to fit sovereign debt into frameworks initially built for corporates and equities, it can result in incentive structures that skew financial flows away from developing economies and harm the sustainability goals that the investment standards claim to support.

The equation explicitly rewards rich countries simply for being rich. All else being equal, a country that is twice as wealthy can pollute twice as much at the same level of emissions per GDP. Using this carbon intensity metric in effect gives countries a larger carbon budget just for having a higher GDP per capita.

Using current GDP per capita estimates from the IMF, this standard would give Saudi citizens an implicit carbon budget 360% larger than that of SA citizens. And the wealthy Swiss can pollute 550% more than South Africans at the same level of carbon intensity measured by emissions per GDP.

There is still time to stop this greenwashing magic act. The GFANZ has yet to decide on net zero standards for sovereign debt. SA’s leadership and ambition in promoting a just transition towards a low carbon future give it a moral force to push against this misguided proposal. Ramaphosa strongly and consistently reminds climate negotiators that developing countries have done the least to contribute to climate change and will be the worst affected by it. Consequently, rich countries must live up to their commitments to finance and enable a just transition in developing countries.

COP27 in Sharm El-Sheikh this November is the first African COP. SA leaders and negotiators should push the GFANZ to align the incentive structure of net zero investing towards accelerating the just transition in developing countries, not hindering it. They should reject metrics that systematically stack the deck against SA and other developing countries. And they should ensure that rich countries finally deliver their climate finance commitments.

Good intentions and vague promises to support a just climate transition do not matter for investment flows. Incentive structures do.