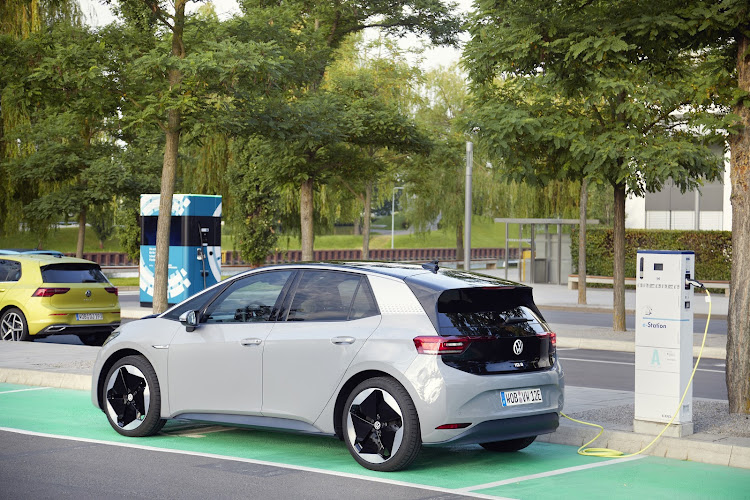 EU countries clinched deals on proposed laws to combat climate change early Wednesday, after more than 16 hours of negotiations, environment ministers from the EU's 27 member states agreed their joint positions on five laws, part of a broader package of measures to slash planet-warming emissions this decade.

“The climate crisis and its consequences are clear, and so policy is unavoidable,” EU climate policy chief Frans Timmermans said, adding that he thought the invasion of Ukraine by top gas supplier Russia was spurring countries to quit fossil fuels faster.

Ministers supported core parts of the package that the European Commission first proposed last summer, including a law requiring new cars sold in the EU to emit zero CO2 from 2035. That would make it impossible to sell internal-combustion engine cars. The deal makes it likely that the proposal will become EU law. The ministers’ agreements will form their position in upcoming negotiations with the EU parliament on the final laws. Parliament has already backed the 2035 car target.

Italy, Slovakia and other states had wanted the phase-out delayed to 2040. Countries eventually backed a compromise proposed by Germany, the EU's biggest car market, which kept the 2035 target and asked Brussels to assess in 2026 whether hybrid vehicles or CO2-neutral fuels could comply with the goal. Timmermans said that the commission would keep an “open mind” but that today, hybrids did not deliver sufficient emissions cuts and alternative fuels were prohibitively expensive.

The climate proposals aim to ensure the 27-country EU — the world's third-biggest greenhouse gas emitter — reaches its 2030 target of reducing net emissions by 55% from 1990 levels. Doing so will require governments and industries to invest heavily in cleaner manufacturing, renewable energy and electric vehicles.

Ministers backed a new EU carbon market to impose CO2 costs on polluting fuels used in transport and buildings, though they said it should launch in 2027, a year later than initially planned. After fraught negotiations, they agreed to form a €59bn EU fund to shield low-income citizens from the policy's costs over 2027-2032.

Lithuania was the only country to oppose the final agreements, having unsuccessfully sought a bigger fund alongside Poland, Latvia and others concerned the new CO2 market could increase citizens' energy bills. Finland, Denmark and the Netherlands — wealthier countries who would pay more into the fund than they would get back — had wanted it to be smaller.

Ministers also rallied behind reforms to the EU's current carbon market, which forces industry and power plants to pay when they pollute. Countries accepted core elements of the Commission's proposal to reinforce the market to cut emissions 61% by 2030, and extend it to cover shipping. They agreed on rules to make it easier for the EU to intervene in response to CO2 price spikes.

Ministers backed two other laws to strengthen the national emissions-cutting targets that Brussels sets countries for some sectors, and increase natural carbon sinks like forests.

UK to guarantee $2bn of debt of African Development Bank

The guarantees are a step towards plugging a financing gap that Africa needs to meet to finance the strengthening of infrastructure such as roads and ...
News
1 month ago

Henry Sanderson is one of the world’s leading experts on the geopolitics of electric vehicles and low carbon power. He told Jeremy Goldkorn all about ...
Features
1 month ago
Next Article