NTSIKELELO BREAKFAST: Step-aside rule will be a lever of power in contentious ANC election 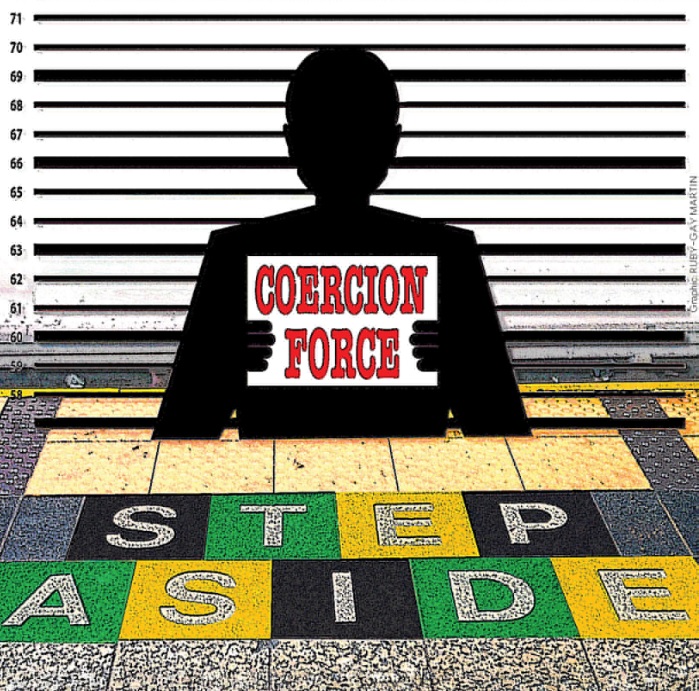 In December 2017, Cyril Ramaphosa won election as ANC president at the party’s 54th national elective conference by a tiny majority. More specifically, the difference between Ramaphosa and the other presidential contender, Nkosazana Dlamini Zuma, was 179 votes.

By and large, political commentators, journalists and captains of industry, locally and internationally, see Ramaphosa as the weakest president the ANC has ever had. Arguably, he is perceived to be more hamstrung by the political dynamics of the ANC (such as factionalism) than being bold and decisive.

Among other things, the 54th conference gave Ramaphosa a mandate to unify and rebuild the ANC. This was set against the poor electoral performance of the ANC in the 2016 local government elections, in which it lost major urban centres such as Nelson Mandela Bay, Johannesburg and Tshwane.

The politics of the spectacle between Ramaphosa and ANC secretary-general Ace Magashule (now on suspension) gave more credence to the perception that the president of the party was on the back foot by failing to provide strong leadership. As early as 2018, divisions between the supporters of Ramaphosa and the forces of radical economic transformation (RET) were evident. These political cleavages made it necessary for some to call for the president of the ANC to be firm and instil discipline among his political opponents.

At the heart of the divisions of the ANC is the step-aside principle, which emanated from the 54th conference. The party had been affected by the institutionalisation of corruption, and a framework was developed in 2021 for the facilitation of the new rule. The national executive committee’s (NEC) interpretation of the step-aside principle is that it applies to all members who are facing criminal charges and are appearing in court. The NEC is the ANC’s highest decision-making body between national conferences.

The forces of RET lost the debate in this regard on the basis of numbers in the NEC and warned that if the step-aside rule was used to purge its supporters, there would be a political backlash.

It is now quite clear that the Ramaphosa faction has consolidated its power and base by making bold decisions. At the same time, though, I am not implying that this faction will win or lose the upcoming elective conference of the ANC. My main line of argument is that the Cyril Ramaphosa 2022 (CR22) faction has been entrenching its hegemony in the ANC in the name of unity and renewal by applying the step-aside rule in a way that is questionable.

A case in point is the suspension of the secretary-general of the ANC. This was a bold political move that made many political analysts and commentators re-examine their position that Ramaphosa is the weakest president the ANC has had. Moreover, the disbandment of the ANC Youth League and ANC Women’s League is also an expression of the hegemony of the Ramaphosa faction.

Hegemony and counterhegemony are political constructs associated with Antonio Gramsci’s work Prison Notebooks. According to him, hegemony happens by consent or coercion. In addition, it can be covert or overt. The Ramaphosa faction has been applying hegemonic tendencies covertly. This also signifies that politics is about one group imposing its agenda on the other group(s) covertly or by force.

However, this dominance has created scope for counter-hegemonic responses by the forces of RET. Of late, Mandla Msibi was elected treasurer-general in the Mpumalanga provincial executive committee of the ANC and later on stepped aside in the light of murder charges against him. Paradoxically, an attempt was made in some quarters within the ANC to hold Zandile Gumede back from being elected at the eThekwini regional conference. However, this was unsuccessful because a precedent had been created in Msibi’s case.

The CR22 faction has identified some gaps in the step-aside rule, largely because the RET faction won the regional conference of the ANC in eThekwini. In bridging these gaps, ANC headquarters are advocating for tightening the step-aside principle.

The deep-rooted problem within the ANC is that it has both hardliners (radicals) and soft-liners (reformists), who stand for two different policy propositions. The former purport to be advocating for the radical and fundamental dismantling of the structure of the economy by creating a new social order for the majority to have a meaningful majority. In contrast, the latter subscribes to a softly-softly approach and prefers incremental changes in the economy.

No wonder Ramaphosa’s administration has not implemented expropriation of land without compensation as mandated by the most recent ANC national conference. It never supported the land reform policy on expropriation of land without compensation, as it was introduced by the hardliners, in the first place. The policy in question was adopted to appease the forces of RET as they lost the 54th national conference. The same applies to the nationalisation of the Reserve Bank, a policy that will never be implemented by the Ramaphosa administration.

This is precisely because the CR22 faction does not believe in a perceived radical policy but prefers economic reforms by joining up with market forces. This has been the strategic thinking and political manoeuvrability of the dominant faction of the ANC. Radical socioeconomic policy under the Ramaphosa administration will never see the light of the day.

• Breakfast is senior lecturer in the department of history and politics at Nelson Mandela University.

PETER BRUCE: If you think ANC policy will begin to reflect reality, dream on

LUKANYO MNYANDA: Upbeat report from Moody’s may not be enough to convince the ...

NICOLE FRITZ: Prone to diktat, government deprives us of dialogue

LUKANYO MNYANDA: Upbeat report from Moody’s may not be enough to convince the ...

NICOLE FRITZ: Prone to diktat, government deprives us of dialogue