Proposed new deposit insurance fund may like others become a source of patronage, capture and corruption 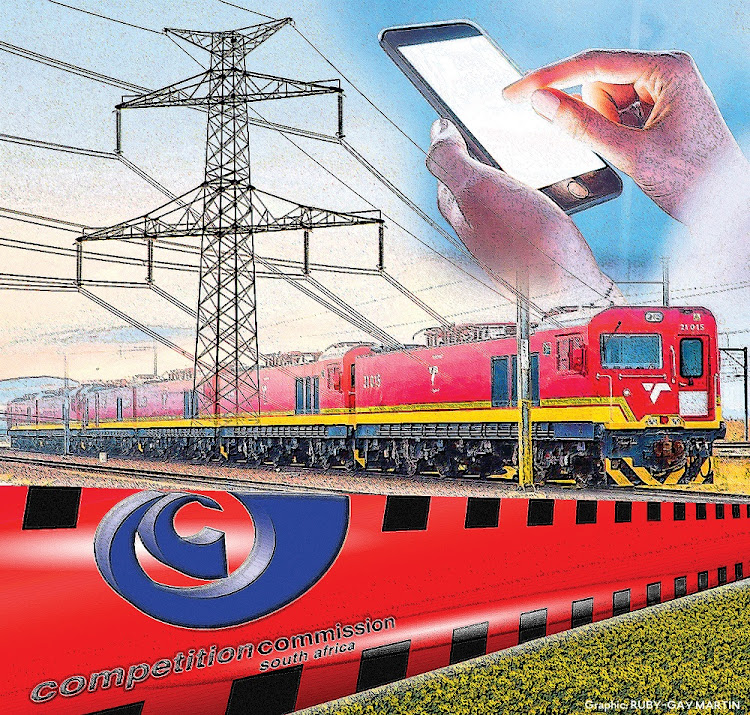 A new, unregulated state-owned enterprise (SOE) is quietly being established in terms of the new Financial Sector Laws Amendment Bill now before the National Council of Provinces.

To be known as the Corporation for Deposit Insurance, this new SOE has every chance of being destined for the same calamitous fate as most other SOEs, particularly state-owned insurance schemes.

These include such catastrophic insurance failures as the Compensation Fund under the Compensation for Occupational Injuries and Diseases Act; the fund governed by the Occupational Diseases in Mines and Works Act; and the long-insolvent Road Accident Fund (RAF), with net liabilities estimated to grow to more than R500bn in 2023-24.

Could this new SOE be destined for the same fate as many others and become yet another possible source of patronage, capture and corruption, yet another drain on the fiscus?

Even the previously profitable South African Special Risk Insurance Association (Sasria), with liabilities estimated at more than R40bn, has now been added to the long list of SOEs such as SAA, Eskom and Prasa making multibillion-rand demands on taxpayer funds.

The bill is proposed to empower, with the agreement of the minister of finance, the governor and employees of the Reserve Bank to “resolve” a “systemically important financial institution” (that is a bank, insurer, payment system or other financial institution) when they, in their sole discretion, think it may not be able to meet its obligations, whether solvent or not. The wide, untrammelled discretionary powers to be conferred on these employees is a fundamental violation of the constitution’s rule-of-law prescripts.

Yet this is not the only glaring defect of the bill. What is apparently not understood is that the proposed insurance fund is very likely to create yet another form of moral hazard, regulatory moral hazard.

With this bill, regulator employees may simply not find themselves sufficiently motivated to do their job properly, taking the view, for example, that if a bank fails, the insurance fund will always bail out the depositors. The Great VBS Mutual Bank heist might provide an example. Why did the regulators not stop and reverse the many millions of rand in municipal funds that illegally flowed into VBS Mutual Bank?

With a depositor insurance fund in place, regulators could possibly be tempted to be even less vigilant about rigorously applying banking regulations designed to protect depositors.

The bill’s construct is in part predicated on a proposed state-owned deposit-insurance scheme that will “reduce” (but not eliminate) moral hazard.

This is conceptually nonsense since insurance schemes themselves regularly create moral hazard, a problem that insurance managers spend considerable time, effort and expertise trying to manage.

The fund will therefore create additional moral hazard rather than less, as witnessed in several international jurisdictions where similar deposit insurance schemes have failed.

Moreover, the bill does not eliminate the possibility of government bailouts. On the contrary, directly, indirectly and via the proposed deposit insurance scheme, state bailouts remain a distinct possibility, carrying with it all the hazards, ills and mischief that this bill professes to resolve.

Of significant concern is that the new Corporation for Deposit Insurance is proposed to be a statutory body under the Reserve Bank’s management and not a true, registered insurer. This means that it need not comply with a host of insurer prudential requirements, including the usual regulator-approved management appointments and financial controls. The public might never know whether it is being properly managed until it, too, requires a taxpayer bailout.

The Treasury’s press release accompanying this bill proposes that all banks should pay a premium (plus administrative levy) of a fixed 21c a year per R1,000 deposit insured. This is to provide insurance for retail depositors of up to a wholly inadequate maximum of a mere R100,000 each (that is less than $6,200 per person). Premium and levy charges will of course be passed on to all customers, both directly and indirectly, whether they have deposits with the institution.

Elementary insurance principles dictate that, to avoid the associated moral hazard, insurance premiums should be based on the nature and extent of the risk insured.

Individual banks and other financial institutions have widely varying risk profiles. A flat rate for them all, irrespective of their risk profiles, leads to more moral hazard, not less. Among other things, it provides an incentive for riskier ones to take greater risks as they are not bearing the full cost of insuring them.

If the suggestion that there be no underwriting of risk is indeed deliberate, then this is not insurance at all. It is merely the creation of a contingency fund that may later begin to appear to be large (encouraging complacency, moral risk and rising expense ratios, as with Sasria) until, “in a matter of seconds”, there is a sudden and entirely unforeseen cataclysm like the 2008 global financial crisis, the Covid-19 pandemic, or the deadly July 2021 spree of violence and looting in KwaZulu-Natal and Gauteng.

Such events result in huge calls on the fiscus, as has happened with the RAF and Sasria. The state would have no option but to once again divert large tranches of taxpayer money previously destined for important social exigencies.

Let us take steps now to avoid the creation of yet another state-owned insurance calamity, let alone, God forbid, another possible source of patronage, capture and corruption.

• Dr Benfield is a retired Wits University professor of economics

Structural bars to private investment and job creation should be removed to provide lasting recovery, the fund says
Economy
5 months ago

The government and Treasury are partnering with corporates, knowing this is the only way to recovery
Opinion
5 months ago
Next Article

SIPHIWE DLAMINI: Demise of Denel is a sovereign risk for SA

SIPHIWE DLAMINI: Demise of Denel is a sovereign risk for SA