Demand is less of a hindrance due to historic levels of central bank liquidity injections, but Covid-19 factors have upended the supply side 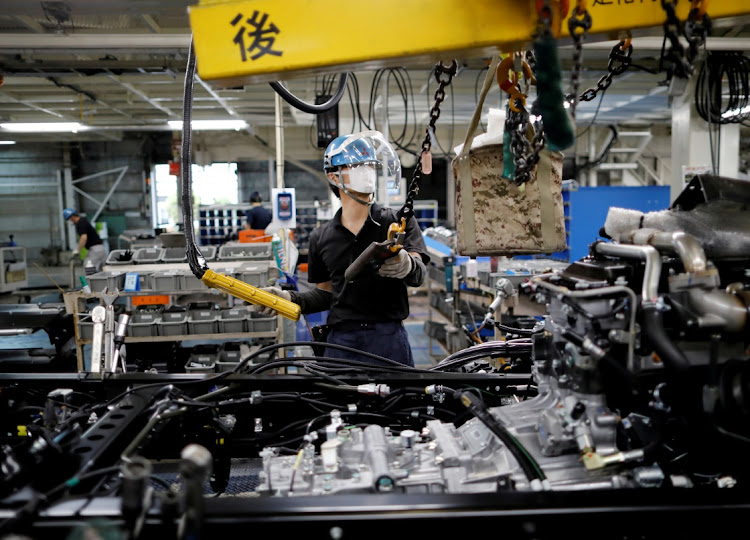 Coming out of the 2008 global financial crisis, it took too many too long to recognise that the economic shock was more structural and secular than cyclical. The result was a policy response that, while effective in dealing with the immediate emergency, proved insufficient for longer-term economic wellbeing.

Covid-19 has amplified the vulnerabilities of the disappointing recovery that followed, particularly when it comes to socioeconomic inequalities, co-opted institutions and distorted financial markets. Meanwhile, what took too long to happen a decade ago — recognition that the world faced a structural deficiency of aggregate demand — is now hindering timely responses to the latest challenges.

While demand is much less of a hindrance today because of the historic levels of fiscal transfers and liquidity injections by central banks, Covid-19 related factors have upended the supply side. The multifaceted efficiency of a just-in-time global economy has become a source of cascading fragilities and disruptions that haven’t yet sufficiently altered mindsets, let alone produced strong policy reactions. Meanwhile, the risks of continuing with pedal-to-the-metal monetary policy outweigh the benefits.

The need to address the content and mix of policies is urgent, both at the national and multilateral levels. Failure to do so could turn stagflationary winds — that disruptive mix of declining growth and higher inflation — into a much more disruptive phenomenon with economic, financial, institutional, political and social implications.

Among its many teachings, the 2008 crisis exposed the dangers of an economy over-reliant on finance. While in the run-up to the crisis policymakers were captivated by innovations that lowered the barriers to debt and leverage, including securitisation and other risk-tranching techniques, an unconstrained and unencumbered financial sector went from funding genuine economic opportunities to fuelling rampant speculation, most visibly in housing. Balance sheets ballooned as banks also sold a seemingly infinite range of leverage-heavy products to one another.

When it came to dealing with the inevitable consequences — the simultaneous popping of several financial bubbles — policymakers acted quickly to counter the disruptive spillback to the real economy and to rein in excessive risk-taking among banks. The presumption was that a “timely, targeted and temporary” policy intervention would restore conditions for durable socioeconomic prosperity.

Yet what ailed the global economy went deeper than just excessive and irresponsible finance. The “financialisation” of the economy itself had sidelined pro-growth initiatives.

Genuine productivity-enhancing activities, such as infrastructure modernisation and agile labour enabling and retooling, became boring and old-fashioned compared with what sophisticated financial engineering seemed to unleash. As such, it did not take long for economies to suffer a new normal of disappointing growth, significant inequalities and endless rounds of exceptional central bank interventions to maintain financial stability, albeit of the artificial variety.

With growth repeatedly falling short of what was expected and needed, the initial over-cyclical mindset of many economists and policymakers transitioned to being laser focused on addressing deficient aggregate demand. Unfortunately, Covid-19 has turned this into a weakness given that supply side issues now dominate.

An early economic lesson of Covid-19 is that its drivers of structural fluidity have transformed the efficiency of a just-in-time global economy from a strength into a notable fragility. Tightly woven cross-border supply chains suddenly fell victim to Covid-19 related closings in one or more ports. Shipping and container disruptions turned cost-effective value chains into loss-makers. Seeking greater resilience, companies have started to rewire their supply chains, amplifying short-term vulnerabilities. It’s hard to quickly build and bring a new production facility on line. It’s even harder when many try to do the same thing at once.

While the on-the-ground evidence of supply disruptions is multiplying, the dominant macroeconomic mindset is still overly fixated on insufficient aggregate demand. Several of the recent policy remarks by the Federal Reserve serve, once again, as an example.

This will come as no surprise to behavioural scientists. Cognitive traps (rear-view framing, confirmation bias, blind spots, and so on) can slow the shift of policymakers’ focus to supply disruptions, which have become the main cause of the economic malaise of today and tomorrow. Instead, they reinforce some approaches, particularly in monetary policy, that inadvertently amplify the stagflationary winds that are starting to blow across a growing number of countries.

Cognitive biases are particularly problematic at a time of big changes in the operating environment. This was clear in the aftermath of the 2008 financial crisis with the overly cyclical economic mindset that delayed policy responses to what constituted a structural and secular shock several years in the making. We are seeing it today with one that is evolving too slowly from demand to supply.

The longer it takes for national and multilateral policy mindsets to adjust, the more likely we are to repeat the disappointment of the global financial crisis: Winning the war against the immediate enemy but failing to establish the peace of durable and inclusive socioeconomic prosperity, a platform for addressing dangerous secular challenges such as climate change, and anchoring genuine financial stability.

• El-Erian is a Bloomberg Opinion columnist. He is president of Queens’ College, Cambridge; chief economic adviser at Allianz , the parent company of Pimco where he served as CEO and co-CIO; and chair of Gramercy Fund Management.

TEBOHO TSOTETSI: Does the rotation to value investment have legs?

Value may continue to enjoy its time in the sun as the economy recovers from the virus-induced recession, but growth is the long-term bet
Opinion
2 months ago

‘We have lost quite a lot of memory in the state and we have a number of key people that have been playing acting roles, which is a problem’
National
2 months ago