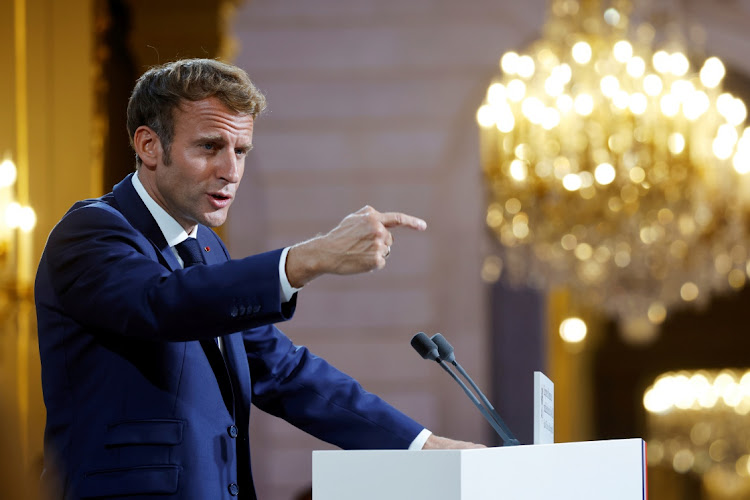 A week after Col Mamady Doumbouya seized power in Guinea, France is still unsure how to respond to the crisis unfolding in its former West African colony.

For now, it seems content to let multilateral bodies such as the AU and the Economic Community of West African States (Ecowas) try to find a resolution.

They are unlikely to get far. The AU has suspended Guinea’s membership, and Ecowas has held a “positive” meeting with the coup leader in Conakry, the country’s capital on the Atlantic coast. But there is little hope for a speedy restoration of a civilian government.

The most likely outcome is a junta led by Doumbouya, and the promise of a democratic transition down the line. That was the compromise formula that followed coups in two other francophone countries, Mali and Chad, earlier this summer.

That arrangement suited French President Emmanuel Macron. He had offered only muted criticism of the coup in Bamako and endorsed the appointment of the junta in N’Djamena. The promise of democracy in the future allayed the embarrassment of doing business with tyrants for the time being.

But France’s speedy accommodation of military strongmen was bound to inspire other wannabes in francophone Africa. Doumbouya was among those paying careful attention.

It is not yet known how much time he spent with his fellow colonel, Mali’s Assimi Goita, when the two men participated in a 2019 US-led military exercise in Burkina Faso. But it can hardly have escaped the Guinean’s attention that Goita was able thereafter to lead two coups — ousting president Ibrahim Boubacar Keita in August 2020, and then transitional president Bah N’Daw in May — with little more than desultory disapproval from Macron. France suspended joint operations with the Malian military for barely a month.

Ironically, the man Doumbouya ousted was also counting on Macron’s hypocrisy. President Alpha Conde won re-election last year after having forced through a constitutional amendment to allow himself a third term. When the French leader blasted him for this power grab, Conde reckoned forgiveness would follow. After all, Macron had no qualms about congratulating the Ivory Coast’s Alassane Ouattara for having secured a third term with the help of some constitutional jiggery-pokery.

But Doumbouya’s coup comes at an especially awkward moment for the French president, who is limbering up for a re-election run of his own even as his party tries to recover from a humiliating defeat in June’s regional vote. As Macron hits the hustings, his foreign policy record is coming under scrutiny, amid rumblings of disquiet among professional diplomats, who say he is more show than substance.

Improving relations with francophone African countries, in the face of the growing Chinese, Turkish and Russian influence, has been one of Macron’s priorities. The region has provided him with opportunities to burnish his international stature, including a much-publicised summit earlier this summer. Perhaps more important, the co-operation of former French colonies is crucial to the president’s counterterrorism efforts in the Sahel, the belt of countries south of the Sahara.

These factors may explain why he is leery of antagonising the new rulers of Mali, Chad and now Guinea. But by handing out yet another free pass to a military strongman, Macron is in effect inviting others to take advantage of his weak hand. Several other leaders in the region will now be looking nervously over their shoulders: Ouattara of the Ivory Coast, Faure Gnassingbe of Togo, Paul Biya of Cameroon and Patrice Talon of Benin.

Even if there are no more coups between now and the French presidential election next April, the democratic retrenchment in Africa will at the very least be a source of embarrassment for Macron. He will only have himself to blame.

Ecowas delegation met with junta officials in a hotel in the capital, Conakry
World
2 weeks ago