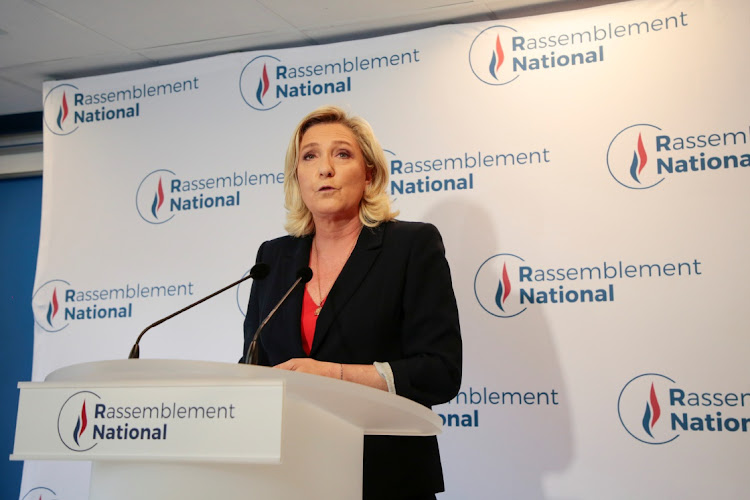 Marine le Pen’s decision to entrust Jordan Bardella with the leadership of her party during the presidential campaign is the latest sign her movement is not budging far from its troubled roots.

Bardella, a member of the European parliament who turns 26 on Monday, will take over Le Pen’s National Rally until at least the first round of the vote in April. The announcement was made on Sunday.

As Le Pen tries for a third time to clinch France’s top job, she has been glossing over some of the more contentious views she has aired in the past, as well as the anti-Semitic legacy of her party.

The following examples show how the controversies could play into next year’s election.

Flirting with the ‘Great Replacement’ theory

Bardella, who has been a member of the party since he was 16, recently said some migrants were coming to France to alter its culture, threatening the very essence of the republic.

That is an allusion to the “Great Replacement”, a term that originated in the writings of Renaud Camus, a thinker associated with the far-right condemned for inciting hatred. Bardella called it “very theoretical” but also said it reflects reality, citing the diverse and poorer Paris suburb of Seine-Saint-Denis where he grew up, as an example.

The leaders and deputies of all the other main parties have denounced the theory, which overlooks the country’s status as a haven for migrants over centuries.

France’s emphasis on secularism allows Le Pen to position herself as a defender of the Republic and makes her rhetoric on radical Islamism often hard to distinguish from that of other leaders who claim the same mantle. She has lashed out at the veil, so have some of President Emmanuel Macron’s allies. She has critical of “political Islam”, or any interpretation of the religion as a source of political identity or action, so is he. But Le Pen once compared street prayers to a form of “occupation” and some of her allies have gone further.

Among them is Damien Rieu, a National Rally candidate defeated in June’s local elections who has backed xenophobic views on social media and protested against Halal meat wearing a pig’s mask. Another is top party official and European parliamentary member Nicolas Bay.

In May, Bay posted a video of a mosque under construction in Normandy on Facebook, saying France’s landscapes were being “disfigured” by political Islam and demanding an end to the “drift”. That sparked calls online for violence against Muslims. Bay is under investigation for inciting racial hatred, and has parried criticism by saying he has no issues with Muslims or Islam, only the size of the mosque and its minaret.

Le Pen has been trying to clean up her party — her new campaign posters do not even mention the National Rally by name — but has made no move to banish Bay or Rieu.

The limits of free speech

Le Pen defended radical far-right group Generation Identitaire when authorities earlier this year moved to shut it down for hate speech and forming a private militia to target migrants, and especially Muslims.

While not endorsing its ideology, Le Pen objected to the ban on the grounds of freedom of conscience, expression and association, so did Bardella. After the government enacted the ban, about 50 people attacked a library in Lyon, using far-right chants and a Nazi salute.

The war to save France

When a group of retired generals penned two open letters to Macron in April raising the spectre of a military coup, Le Pen invited them join her movement. While saying the solution must be found in politics, she also said she agreed with their assessment.

The letters alleged that France is on the verge of civil war and “disintegration”, and were full of terms used by the far-right. They warned of thousands of deaths unless Macron fights rising violence, radical Islam and “the hordes” who have turned multiracial suburbs into no-go zones. They said patriotic values are scorned and antiwhite racism is rampant in the country.

Bardella has called on everyone who wants to defend France to rally round Le Pen.

If there’s one key amplifier for all these ideas, it is CNews — the 24/7 news channel dubbed “the French Fox News” by local media for its tendency to host guests who spread extremist views and erroneous information.

One of the channel’s most controversial pundits is Eric Zemmour. He wears his convictions under French antihate speech laws with pride and last year said young migrants from Africa and the Middle East were killers, rapists and thieves. A case against him was dismissed by an appeal court on the grounds he was not targeting all migrants or all Muslims.

Le Pen first defended him. His comments were “obviously excessive”, she said, but he had the right to express views that “shock and harm people”. She may regret the support — Zemmour is mulling a presidential run that could split her vote.