SA and the continent must further boost the maritime sector, which is a rich source of growth and skills 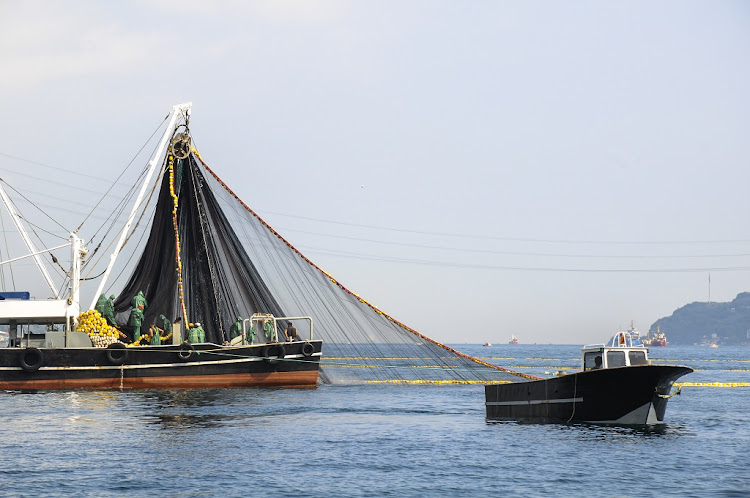 Research and innovation in the ocean economy is essential if SA and Africa are to nurture the sector and contribute to the growth of the national and continental economies.

China and Europe have unequivocally shown their commitment in this regard, which they see as competitive factors in maintaining and increasing their participation in the ocean economy.

To increase Europe’s competitiveness in high-value maritime products and services in the face of significant competition from Asia, the EU has prioritised research and innovation, with €79bn (R1.3-trillion) invested in a number of projects over seven years under its Horizon 2020 funding programme.

Creative and expansive thinking in the ocean economy participation is starting to take hold closer to home. One example is Egypt’s investment in seawater desalination with a feasibility study into a plant powered by renewable energy commissioned in 2020.

The importance of research and innovation in growing the ocean economy in SA and on the continent was emphasised at a webinar hosted by the SA International Maritime Institute (SAIMI) in June 2021 themed: “Discussing Strategy, Opportunities and Skills”.

The department of science & innovation and academic institutions have been pivotal in driving research and innovation initiatives within the ocean economy space. Collaborative agreements with a number of local and international institutions have been established and SAIMI has committed support for research, development and innovation initiatives. These include support for the development of a research, innovation and knowledge management road map for the SA maritime sector, the establishment of research chairs, communities of practice and a marine robotics centre.

Funded by the National Skills Fund, SAIMI was established in 2014 by Operation Phakisa to focus on research and innovation, skills development and advocacy in the maritime environment.

The Community of Practice for Oil and Gas was established in 2020 in collaboration with the National Research Foundation to build skills and research capacity within the oil and gas value chain. Five SA universities are participating, Wits, Nelson Mandela, Fort Hare, Western Cape and the Cape Peninsula University of Technology. Various virtual training initiatives have taken place under the banner of the community of practice since the beginning of 2021.

In addition, SAIMI has provided support for the establishment a marine robotics unit at Nelson Mandela University, where a multidisciplinary group of researchers in the schools of engineering, physics and zoology has developed a prototype surface autonomous vessel, designed to survey the shallow reef and estuarine environment areas, which to date have had limited research.

The autonomous vessel has multiple uses — from measuring water temperature, depth and salinity, and potentially the growth rate of perlemoen, to other non-marine uses such as inspecting the structural integrity of dam walls. It includes Wi-Fi, GSM and GPS communications systems, as well as a Li-Ion battery and power management system that is supplemented with an on-board solar array. Lake and sea trials are under way, including one in collaboration with the University of Cape Town to measure how much power a vessel would use in extreme temperatures, notably in Antarctica at -60°C.

Another innovation initiative supported by SAIMI is a development of a mobile-phone application for Abalobi — a collaboration between scientists, the conservation organisation WWF, environmental protection officials and small-scale fishing communities. The app records catches and thereby helps monitor fish stocks; moreover, fishers can use it to communicate directly with local restaurants, retailers and consumers to sell their catch directly to them. The app also enables fishers to record their earnings and expenses — information they can use to secure loans.

At the provincial level, the Eastern Cape Oceans Economy Masterplan was launched in March 2020. It includes a research agenda aimed at guiding the appropriate application of research resources and capabilities to successfully implement the master plan. SAIMI has committed support for this as well as other provincial and national ocean economy initiatives aimed at further unlocking its potential and growth, and contributing to SA’s economic recovery.

SAIMI’s support for these initiatives is in the spirit of building capacity through research and skills development, which could result in the expansion of the knowledge base and promotion of a skilled workforce.

Event will be a chance to unwind after defending their livelihoods, multiple winner says
Sport
10 months ago