Event will be a chance to unwind after defending their livelihoods, multiple winner says 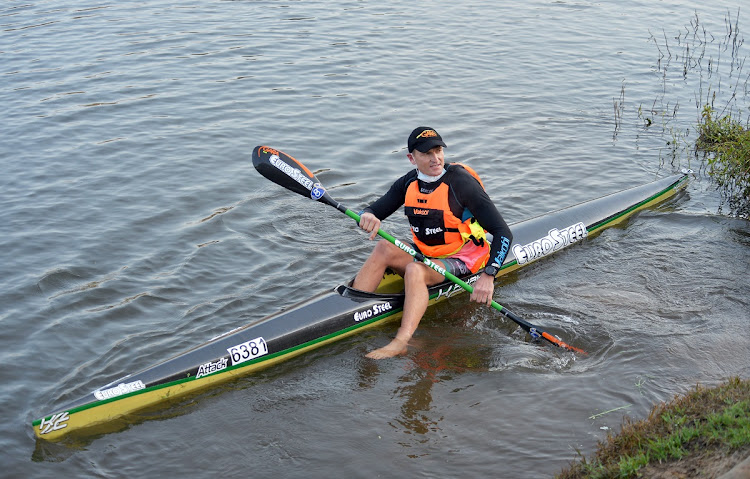 After finishing second in the gruelling Berg River Canoe Marathon at the weekend, there is no time to rest for multiple Petrefuel Dolphin Coast Challenge winner Hank McGregor, who will be on the start line again this coming weekend.

The man who has dominated the race since its inception says the Dolphin Coast Challenge promises to be a special event after its cancellation in 2020. He hopes that his local major paddling event can roll out ideal conditions for the two days of North Coast surfski action.

“I have never not won it,” he chuckles. “There were a few years when we raced in a team format involving singles on the first day and doubles on the second day, and my partner kind of left me on the beach waiting after I had finished,” he explains.

“It is right on my doorstep, and this is the stretch of ocean that I train on just about every day, so it is a race that I really look forward to,” said the 11-time marathon world champion. “It is my local major.”

McGregor said he relishes the chance to race against the strong field that has already entered, with dozens more set to follow suit given the exciting format as well as the added incentive that the race is for the KwaZulu-Natal championship.

“We can’t control the conditions on the day but it would be great to have a light west with small surf so that it is manageable for everyone,” the Euro Steel/Fenn racer said.

“If you see Salt Rock or Tiffanys in all their glory when the surf is huge you will not get too many people keen to paddle out.”

As the race doubles as the provincial single ski champs for 2021 most of the elite stars have entered the two-leg race between Pirates SLC and Mdloti in singles.

“I have always had so much fun racing this race, whether it is singles or doubles format,” McGregor added, pointing out that he had won the race with friend and sponsor Lee Furby as well as his father, Lee.

“We have had a very stressful last month defending our livelihoods and not even having time to think about training, and the whole lockdown has been stressful, so we are all looking forward to the Dolphin Coast as a chance to unwind and enjoy the best that the North Coast can offer,” McGregor said.