Yes, our democracy held, but now we need a new vision 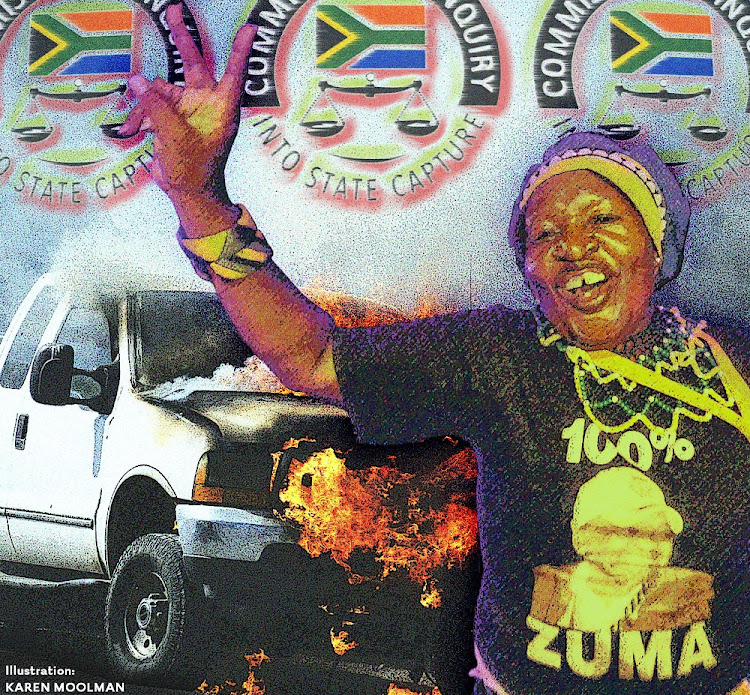 SA is reeling, trying to figure out what just happened and what to do next. What is the right metaphor to describe what we have just lived through? Perhaps we have weathered a sudden and brutal storm. Or, as columnist Jonny Steinberg has argued, perhaps a fire was set to fields parched dry by poverty and inequality (“SA’s parched fields of inequality ripe for angry flames”, July 15).

My experience last week suggests a different truth, one that has more to do with the lancing of boils.

On Sunday, July 11, I found myself in a rural area near Ixopo in KwaZulu-Natal. Reports were coming through not only of  attacks on trucks on the N3 highway but also — from a business I help manage in central Johannesburg — of attacks on our buildings and attempts to loot shops, especially those operated by foreign nationals. So far, so familiar. At times of stress, people turn to xenophobia and attack targets that appear vulnerable, especially where they feel they have public support for their venom.

But as the violence unfolded on Monday and Tuesday it became clear that something else was afoot. Something more widespread, more organised, yet limited in its reach. The Johannesburg central business district (CBD) mostly held firm, with attacks largely contained to the area around Jeppe hostel. The Durban CBD did not hold. Nor did most of Pietermaritzburg, Cato Ridge or Hammarsdale. In Gauteng, Alexandra and parts of Soweto were heavily affected, but the fire did not spread in the way it did in KwaZulu-Natal. This began to look like something related less to a parched field than to a force organised in certain parts of the country and not in others.

By Wednesday morning, seeing the N3 still closed and worried about dwindling petrol supplies, I decided to return to Johannesburg via the Eastern Cape and Free State. Driving from Ixopo to Underberg and then on to Kokstad we passed makeshift barricades at every town. Most of these seemed to be joint operations between local security and volunteers, along with a small police presence. The people who stopped us were calm and reasonable, determined to prevent attacks but not acting as vigilantes. Advice was dispensed and information shared about the road ahead.

In Underberg we saw evidence of a struggle, with some shops destroyed, but the large grocery store was intact. Kokstad was tense and it was not clear that we would be allowed to pass, but once we were through, the town was peaceful. As we crossed into the Eastern Cape, the atmosphere shifted completely; it felt as though we were in a different country. Matatiele was untouched and bustling, as was Mount Fletcher — a small town made up largely of retail stores that suddenly appeared vulnerable. Families here are just as poor as they are in KwaZulu-Natal, but had not responded to calls for anarchy. Barkly East was peaceful, offering toasted sandwiches at the local hotel and the majesty of the mountains. Aliwal North, Smithfield were calm and untouched, as was the guest house near Mangaung where we stayed overnight.

All of this points to a different explanation for last week’s events, and one that has become clearer as the days have gone by. The state capture forces, which dominated our society for so long, attempted to take back the state. With the former president in jail, this gang of organised criminals enacted Plan B. Unleashing a tornado and exploiting the inequalities and divisions in our society, they tried to make it appear that there was an uprising in support of Jacob Zuma. But their reach was limited largely to KwaZulu-Natal, Alexandra and the East Rand — the battle lines of the early 1990s, and similar tactics, but without the power to capture the public imagination beyond these strongholds.

We have indeed weathered a large storm. But, more importantly perhaps, we have lanced a boil. Removing the state capture forces was never going to be a one-off event, and the process is not over by any means. But many South Africans who might previously have felt sympathy for the forces of anarchy are now turning against them. Chaos and destruction have appalling consequences, and these are now clear for everyone to see. In many cases communities that were supposed to tear each other apart worked together instead, and continue to do so.

But these events have other, just as urgent lessons. Our state is weak and — as Carol Paton has so powerfully pointed out —lawlessness is tolerated every day of the week (“A thin veneer of law and order in a violent and angry society”, July 12). Truckers are murdered, warlords rule hostels, hijacked buildings play host to criminal gangs, and we do not act. Beyond lawlessness, our state has many shortcomings. Despite significant resources, it looks weak and incapable. Far too little has been done to dismantle the ghosts of apartheid.

President Cyril Ramaphosa is right when he reminds us that last week our democracy held, and we are fortunate to have such principled leadership at the head of the state. We now know more than ever how precious that is. But if the centre is to hold in the longer term we need to build a different society. Important to this is a capable state at every level — a far cry from where we are now. With local government elections looming, the job of rebuilding has never been more urgent.

• Bethlehem is an investment executive at Hosken Consolidated Investments, where she focuses on renewable energy, inner-city housing and commercial property. She is a member of the boards of the Industrial Development Corporation and Sedibelo Platinum.