What can be done to increase SA’s social wage?

While it is the state’s primary responsibility to ensure social protection, the private sector can play a big role in ensuring a social wage 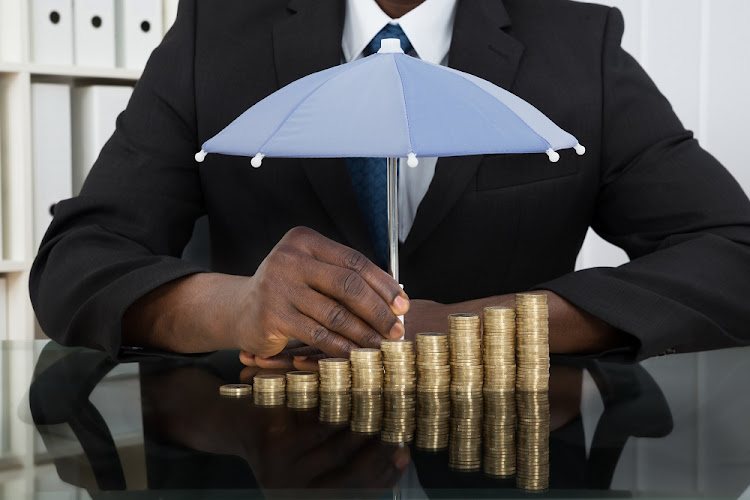 In his 2019 state of the nation, address President Cyril Ramaphosa listed consolidating the social wage through reliable and quality basic services as one of the priorities of the sixth administration. A country’s social wage is, in simple terms, services that reduce the cost of living. This includes basic services the government provides from public funds, as well as the protection provided by social wages.

Grants, school feeding programmes and subsidies for water and sanitation services are examples of a social wage. It goes without saying that with 7.2-million unemployed South Africans, the social wage is critical to protect many citizens from the effects of poverty. To put the need in context, in 2020 there were 12.8-million recipients of child support grants and 3.7-million recipients of the state old-age pension. The social wage is also a powerful tool to reduce inequality.

Any discussion of SA’s social wage needs to be grounded in the reality of our severe fiscal constraints. The Covid-19 pandemic has again highlighted the challenge of allocating limited public funds — the old economic problem of balancing unlimited needs and wants with scarce resources. However, it is impossible to understand the trade-offs between different funding priorities without a firm grasp of the status quo. In the absence thereof, we run the risk of responding to those who shout the loudest, as opposed to where resources are most needed or would have the greatest impact.

To measure the provision of basic services we can track access to electricity, water and sanitation, communication technologies, and public transport — vital network industries for any economy. On a number of fronts, access to basic services is relatively high, but it could be better. In some instances it is lower than in previous years because new connections are struggling to keep up with household growth.

A growing economy that generates employment and access to contributory social security benefits ... can protect workers against social risks

While our level of access to basic services is relatively high, data on the quality of the infrastructure and the frequency of access is not readily available. The dilemma facing Eskom’s electricity-generating capacity is a good example. Access to mains electricity means little if load-shedding causes electricity supply to be sporadic. Another example would be having access to water the quality of which is unfit for cooking or drinking.

Beyond Eskom, the responsibility to provide these services lies with local government, where there is a huge need for improved capabilities.

The prevalence of hunger among households is a proxy for social protection and, fortunately, SA has made good progress in expanding access and coverage of vulnerable populations. The expanded reach and age eligibility of child support grants, as well as relatively high economic growth between 2000 and the global financial crisis, allowed child hunger to halve since the start of the century: it dropped from 35% in 2002 to 16% by 2018.

The pandemic caused an increase in household and child hunger, although the temporary top-up of social grants, especially the child support grant, old-age pensions, the new social relief of distress grant, and the primary school nutrition programme, helped mitigate its effect.

Despite the grants, food insecurity and hunger remain a worrying trend: 41% of respondents in the NIDS-CRAM study reported running out of money to buy food at the end of 2020. In addition, child stunting has remained persistently high since 1995, with 27% of children under five being stunted according to the 2016 GHS. Stunting occurs when children are not eating enough or lack nutritional food. It is a serious condition as it impairs a child’s growth and development and has far-reaching, long-term consequences.

Addressing household and child hunger remains a critical policy concern and is crucial in meeting the country’s 2030 global food and nutrition targets. Government funding and support is not sufficient to meet the challenge. It needs to be complemented by private, philanthropic and corporate social responsibility support, civil society and community-level programmes that are targeted at those in need.

The government does not, and should not, stand alone in providing the social wage. A growing economy that generates employment and access to contributory social security benefits, such as unemployment insurance, can protect workers against social risks. In terms of access to basic services, private, renewable energy producers can help improve electricity availability, and lower costs. Not only will this help create jobs, it would lessen the pressure on the fiscus.

The government still has the primary responsibility to provide social support and build a more inclusive society, but we should not underestimate the role a competitive private sector can play in contributing to the social wage. Crucially, it again highlights the importance of policy certainty, capable regulators and a favourable investment climate to achieve our National Development Plan objectives.

• Fourie and Lemboe are senior economists at the Bureau for Economic Research, Stellenbosch University. Patel is professor of social development studies at the Centre for Social Development in Africa, University of Johannesburg. This is the fifth instalment in a series about SA’s progress towards the 2030 goals of the National Development Plan.

Without access to essential primary health requirements, such as nutrition, water and housing, education may barely matter
Opinion
3 weeks ago

Agriculture and land reform: How far are we from an integrated and inclusive rural economy?

Progress with land reform as per the NDP has been underestimated and, while still slow, is closer to the 30% target than typically believed
Opinion
1 month ago

South Africans can hold the government accountable with a new, living document

South Africans can hold the government accountable with a new, living document