Gaining something from one’s endeavours is a defining trait of human nature, not a malicious goal of capitalist greed 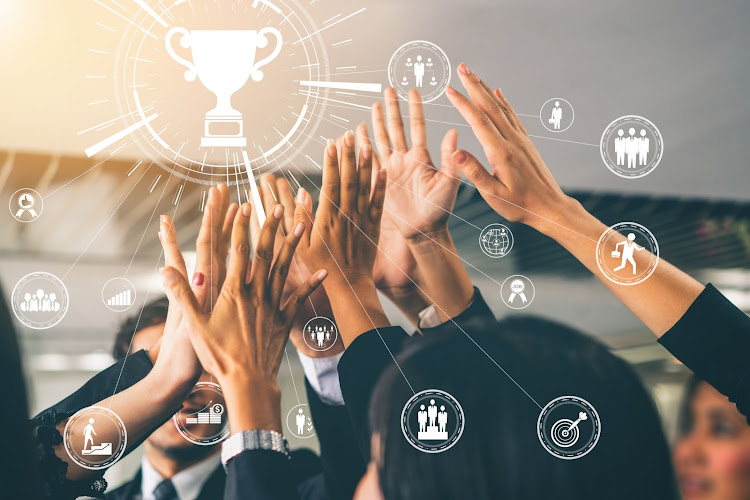 The word “profit” must be one of the most maligned and vilified in human history. This is either out of ignorance, for ideological reasons, or out of pure malice.

Yet the concept of profit is a crucial factor in defining and determining human action, and especially the pursuit of individual and collective socioeconomic aspirations. It could plausibly and axiomatically be argued that the pursuit of profit is inextricably embedded in human DNA.

Irrespective of whether profit is defined in complex, intellectual or layman’s terms, the fundamental fact is that profit is about gaining something from the efforts one invests in an initiative. This immutable character trait is the bedrock of human progress.

It is plausible to argue that even pre-history barter exchanges among individuals were entered into for the purpose of gaining — profiting — from them.

In all spheres of human activity, remuneration for one’s efforts, whether in monetary terms or in the form of psychological satisfaction, the basic motivating factor is the prospect of a reward. In other words, remuneration that rewards productive effort, otherwise known as, profit!

In the economic arena, a non-ideological objective and clinical definition I came across was that profit is the difference between the cost of production and the revenue from production.

Despite this clearly irrebuttable definition, it is astounding that some people deliberately distort the meaning and simultaneously invoke negative sentiments about the objective. In the process they invest all sorts of characteristics in their definitions which, on scrutiny, reveal an ideological agenda. This agenda underpins a philosophically fallacious basis for comprehensive social-engineering programmes, such as the grand plan of socialism/communism and other variations of this school of thought.

Based on their assumptions, statists and collectivists rationalise their interference with people’s socioeconomic aspirations by imposing or advocating policies that diminish individual liberties.

The wisdom of John Philpot Curran, expressed in 1790, was encapsulated in concise form by the abolitionist Wendell Phillips (1811—1884) in the phrase, “Eternal vigilance is the price of liberty.” This serves as a stark warning regarding the danger to liberty that is latent in the potential misuse of government power.

It is interesting to note that former slave Frederick Douglass (born around 1818 and died 1895), an abolitionist, statesman and orator, among other attributes, persistently and assertively invoked Curran’s warning, which in today’s world seems even more relevant and significant than ever.

The thin veneer of altruistic exhortation employed to advance economic and other interventionist policies is contained in allegations that business owners (pejoratively referred to as capitalists) put profits before people. Many people, unfortunately, swallow this shallow rhetoric hook, line and sinker, without proper consideration as to what these terms mean.

Negating this misconception is the fact that the raison d’être of any business enterprise is the pursuit of profit. Without profit there can be no business; no employees; no incomes earned; thus, no economy. Even in prehistoric economic activities, gaining something from one’s endeavours was a defining trait of human nature. This would have been the determining factor irrespective of whether the interaction involved individuals, or a social or tribal group.

Undermining or seeking to destroy enterprises is tantamount to cutting off one’s nose to spite one’s face. Yet the demonisation of profit and private enterprise stubbornly persists. What explains this state of affairs?

When the façade of the ostensible statist ideology is penetrated it can be seen quite clearly that “the emperor has no clothes”.

The destructive forces of envy and covetousness explain these platitudinous allegations, which tend to come from people who do not create jobs. Curiously, many are in government and academia. They seem to have an innate hatred of the free market as it operates independently of their inputs. The free market renders them irrelevant if they are not positive participants in the marketplace.

It is an incontestable reality that every business enterprise has its genesis in the form of intellectual capital. This capital is invested in the entrepreneur, who is characterised by alertness to opportunities, creativity, being visionary and with an audacious propensity for or willingness to take risk.

At the microeconomic level, the business is not a battle arena between the owners of the means of production on one hand and workers on the other, who are fallaciously said to own only their labour. This bifurcation is false, and that is dangerous. The workers are not alienated from the production process, as Karl Marx maintained.

The reality is that everyone is an employee or worker. They are all employed by the capital that is invested. Even with passive investors, many of which may not have visited, know of or even be interested in the location of the business, their money is used to employ everyone from management to workers on the shop floor. Overall, the business enterprise comprises a team that is pitted against other business teams.

It is in the interests of everyone who is part of a business enterprise to recognise that the goal of the entire team is to progressively and vigorously be involved in the pursuit of profits. In this scenario there is fierce competition within the general, broad industry to outperform the competitors in attracting consumer patronage. At the end of the day it is the consumers who call the shots.

Consumers purchase products based on their subjective, uncompromising perspective of good value for money. Appeals to loyalties or patriotism and other sentiments seldom feature in their decisions. Consumers profit in the act of purchasing and are generally ruthless in pursuing their own best interests by purchasing the best goods and services they can find at the best prices.

It is axiomatic that consumers brutally decide which business will make the most profits and which will make less or fail in the noble venture of chasing profits. Put differently, the profit-maximising consumer reigns supreme. Policymakers should therefore adopt policies that institutionalise the principles of protection of private property, freedom of exchange, personal choice and freedom to compete.

It is patently clear why the ill-conceived proposed amendment to the constitution to mandate the government to expropriate land (broadly property) without compensation (EWC) is a slippery road to socioeconomic impoverishment of the country.

For empirical evidence one need not look further than our neighbour Zimbabwe, which implemented a policy of expropriation of property without compensation and precipitated a mess that is manifest in the untold socioeconomic misery of a great number of people in the shortest time imaginable. A country that was once the agricultural breadbasket of Africa now exports misery after inflicting it on its own people.

The contemplated EWC policy is basically the same as the indigenisation policy of Zimbabwe. An aloe by any other name would taste as bitter, as William Shakespeare might have put it.

Policymakers should always be conscious of and informed by the self-evident truism that, as all people feel motivated to enhance their productivity when the fruits of their labour and sacrifice accrue to themselves, the government should desist from arbitrarily requisitioning significant portions of the hard-earned incomes of wealth creators in the form of punitive taxes.

The basic, pre-101 economics lesson is the law of incentives and disincentives that many politicians seem ignorant of, or blatantly disregard, but which explain individual productive efficiencies: incentives motivate; disincentives demotivate.

Oh, the eternal blessings of profit!

• Nolutshungu is director of the Free Market Foundation.

Many enabling functions are fulfilled by people, but are rendered unseen by words such as ‘innovation’
Opinion
3 months ago

It’s high time that stakeholder theory, as embraced by Raymond Ackerman, becomes the norm for SA businesses
Opinion
4 months ago

If a greener, fairer and more indebted world is the post-Covid legacy, higher corporate taxes are likely to be part of the mix
Opinion
4 months ago

PETER BRUCE: Everything but Ramaphosa’s hold on power is falling apart

From Eskom and SAA to Postbank, the disasters don’t seem to cause a bump in the president’s ride
Opinion
3 months ago
Next Article