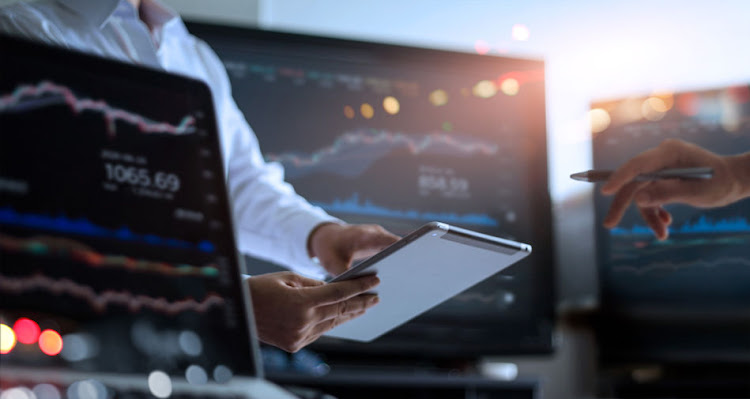 It is a year since Covid-19 made its formal entrance into the global economy, and with second and third waves taking root across the world business owners are rightfully asking where growth will come from in 2021.

Coupled with fears over more gloomy news from Covid-19, a month after a budget in which universities had their allocations slashed for 2021 by R24.6bn, SA finds itself engulfed in student protests. Finance minister Tito Mboweni said in February that there was an incorrect notion that government is “swimming in cash”, when public finances are in fact dangerously overstretched.

Varsity students represent the future, but Universities SA CEO Ahmed Bawa is correct in saying that in a democracy such as ours the fact that the higher education system is unaffordable to the vast majority of households is antithetical to development, of producing a more equal society, and of contributing to the emergence of a more inclusive, competitive economy in which universities play a critical role in producing the next generation of intellectuals.

One hopes the challenges can be resolved sooner rather than later, but Mboweni has already set the scene for a tough year in which one can deduce that reviving fixed investment requires a turnaround at SOEs, resolving the energy crisis is a key priority, particularly for business.

While market conditions have stabilised, interest remains slightly muted, but there are some bright spots, with infrastructure spending set to increase by 6.8% a year. In addition, a faster rate of deficit reduction, improved revenue collection by the SA Revenue Service with attainable revenue estimates, and no tax increase, all augur well.

The nature of the pandemic, resulting in the constant tightening and easing of lockdowns, has devastated companies, especially those in vulnerable industries such as tourism, hospitality, leisure and entertainment. The turmoil caused by the second wave in SA is making it difficult to base any growth plans on overall expected GDP growth. It seems that even the anticipated 4% GDP growth mark mentioned not too long ago will be insurmountable. Economic recovery is expected to be a short-term “rebound” of about 3%, according to Raymond Parsons of the North-West University Business School.

Key takeouts from the budget include a view from our economist, Nicky Weimar, that SA has not performed as badly as anticipated in economic terms and it is encouraging to note that the forecast suggests a better year. Explaining that Mboweni was “brave” and “doing the right thing”, Weimar warned that SA ias caught in a debt trap and simply should spend less. Salaries take the biggest slice of the budget at 32.2%, with education next at 19.6% followed by social spending at 16.9% and debt costs amounting to 13.4% of the budget. That leaves  17.9% to cover other goods in the country. Crucially, she says, the economy must start growing to lessen the effect of government spending.

President Cyril Ramaphosa announced an ambitious recovery plan in a joint sitting of parliament in 2020, focusing on two priority interventions — infrastructure and a mass employment programme. The programme also focuses on improved energy security and digital transformation, while pledging to fight corruption and boost state capacity.

“According to modelling done by treasury, the implementation of this plan will raise growth to about 3% on average over the next 10 years. Our recovery will be propelled by swift reforms to unleash the potential of the economy and supported by an efficient state that is committed to clean governance,” Ramaphosa said.

Infrastructure will be the linchpin of the plan. The building programme is aimed at unlocking more than R1-trillion in infrastructure investment over the next four years, and will focus on social infrastructure such as schools, sanitation projects and housing. The second priority, described as an “employment stimulus”, has committed R100bn over the next three years to create jobs through mass employment programmes. This fiscal year alone R13.8bn will be spent on creating about 800,000 employment opportunities.

With uncertainty looming over the economy, three themes will dominate in 2021 — cashflow sustainability, diversification and digitisation and growth. When the president announced a hard lockdown in March 2020 business owners realised the importance of cashflow sustainability. As a result of businesses trying to find new ways to be sustainable, two themes will feature interchangeably — diversification and digitisation. Diversification relates to exploring alternative markets or new products and services, while digitisation should be seen as a key enabler, whether a business wants to diversify or not.

One of the many levers for growth as a result of the pandemic’s effect on the economy is through corporate activity. Analysts suggested the financial crisis caused by Covid-19 would put large, mature and cash-flush companies in a strong position to buy out competitors. These are called “alpha” companies. University of Stellenbosch Business School corporate finance lecturer Brett Hamilton says an alpha company is a large, mature and cash-flush company in a prime position to weather the storm, buy out competitors and continue to invest for growth after the pandemic.

Considering the lag effects of the pandemic, there are still significant headwinds awaiting many businesses. This has created a space for alpha companies with balance sheet capacity to step in and capitalise on the opportunities that the pandemic has created in certain industries. The most active sectors will be technology, media and entertainment and telecommunications, financial services as well as power and utilities.

With uncertainty being the only constant for the foreseeable future, businesses that make resolute decisions now to relook their models and gear them for the new reality will be the ones that not only survive but also thrive in this age of disruptions.

Global expansion offers doorway to survival for businesses amid pandemic

Global expansion offers doorway to survival for businesses amid pandemic