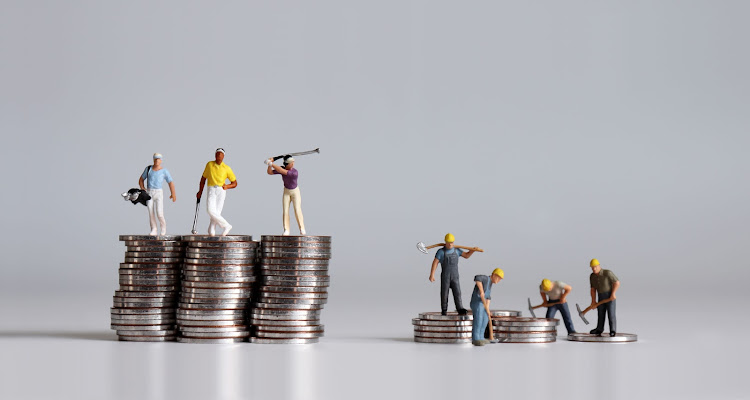 What Pick n Pay founder Raymond Ackerman said on the occasion of his 90th birthday last Wednesday regarding the role of business, got me thinking. What is the purpose of business? According to Ackerman, it is to do good and care for the community, society and people in general.

A leading figure in neo-classical economics, Milton Friedman said in an article penned in 1970 that “the social responsibility of business is to increase its profits”. However, to hold that the responsibility of the executive is to maximise profits for shareholders within the set legal framework and ethical code is a rather strict and rigid position. The difficulty with it is the main assumption, that the purpose of a business is solely to maximise profits.

The reality is that there are situations in which businesses define their purpose as something higher than just making a profit. It may be that in some of these businesses the executive has a majority shareholding and has so defined the purpose of the business to include a contribution to societal goals.

There is no single purpose for a business, namely profit maximisation, but multiple purposes as may be defined by the executive and owners. In his 2008 essay, Managing for Stakeholders, Edward Freeman supplies the example of shareholders of Google. He states that they “may well want returns as well as be supportive of Google’s articulated purpose of Do No Evil”.

It sounds as though Ackerman’s view of the role of business can be summed up as doing good. In the SA context there are companies that are moving in the direction of a higher purpose than just profits. Take the example of the country’s largest medical insurance scheme, Discovery, which defines its purpose as “making people healthier”.

According to Freeman’s essay, the main argument of stakeholder theory is that “businesses and the executives who manage them, actually do and should create value for customers, suppliers, employees, communities and financiers (or shareholders)”. All these parties have a stake in the business to the extent that business decisions affect them and therefore their interests must be taken into account for the overall financial health and sustainability of the business.

The stakeholder theory ... is an idea whose time has come, necessitated by real business challenges in an ever-evolving and complex global political economy and based on a sound theory of shared value

Friedman, on the other hand, takes the view that managers have been employed to deploy the resources of shareholders with the goal of generating the highest returns for them, and this is what they know best. “I share Adam Smith’s scepticism about the benefits that can be expected from those who [are] affected to trade for the public good”. In other words, managers can best contribute to the public good by focusing on making profits that will, in the long run, benefit all in society through taxation by government.

One of the criticisms leveled at such a rigid view is that the preoccupation with stockholder value has, in some cases, led to business scandals. Freeman asserts that “it has become common wisdom to increase shareholder value and many companies have instituted complex incentive compensation plans aimed at aligning the interests of executives with the interests of shareholders”, but he goes on to say, “Indeed, all of the recent scandals ... are in part due to executives trying to increase shareholder value”.

The case that comes to mind in the SA context, following in the footsteps of Steinhoff, is that of Tongaat Hulett, in which senior executives engaged in fraudulent accounting to inflate profits. The motive appears to have been to increase the share value and, in the process, financiers were misled and the executives gained huge bonuses and benefits.

In the past decade SA has not been short of corporate scandals involving large corporations and audit firms. To what extent can the actions of those who have been implicated in these scandals be attributed to the embrace of the dominant value in the economic system in general and business in particular, which is the pursuit of individual wealth?

The other substantive attack on the stockholder theory, again by Freeman, is the objection based on how the stockholder conception of the executive’s role has not kept abreast with important developments in the world of business, including the area of law. Freeman points out that “in actual fact, the clarity of putting shareholders’ interests first, above [those] of customers’, employees’ and communities’, flies in the face of the reality of law”.

The law has advanced in areas such as consumer protection, the labour market and the protection of the environment in ways that force businesses to take into account the interests of all relevant groups.

Fifty years back, when Friedman wrote his article, it was apparent that, based on his strongly held belief in the single purpose of business, he never considered an alternative scenario in which the shareholder model would, with the passage of time, gain ground. Given this mindset, he could not have foreseen that in the second decade of the 21st century, 181 CEOs of the top US companies that constitute the business roundtable would meet to issue a statement on a radically revised purpose of business, namely to promote an economy that serves all Americans.

The important role stockholder theory has played in the historical development of  corporations has to be recognised and acknowledged. However, its limitations have become glaring with changing times. The stakeholder theory, put in practice through specific and concrete actions by big business, is an idea whose time has come, necessitated by real business challenges in an ever-evolving and complex global political economy and based on a sound theory of shared value.

It is high time that, like Ackerman, organised business in SA comes out loud and clear on the question of the purpose of business, particularly in the context of our history, growing inequalities and poverty.

Building back better and greener from the pandemic is good for people, for business and for Irish and SA innovation
Opinion
6 months ago

Tapping into the zeitgeist of environmental and community care and good governance, mining companies are shaping a new narrative
Opinion
7 months ago

Gim Seong-gon’s CS Wind has become the world’s biggest manufacturer of wind towers, getting into the renewable energy sector in its infancy
World
8 months ago
Next Article