But they can be part of a package of measures to ensure we compete with imports, and that we export wherever possible 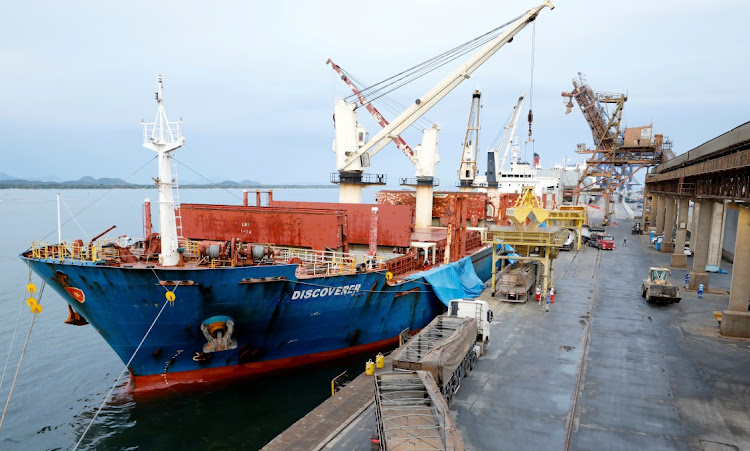 Peter Bruce’s recent column was a comprehensive attack on SA’s industrial policy (“Steel yourself for Ebrahim Patel’s price controls, a loser’s game”, February 10). Guns blazing, he aimed his sights on trade, industry and competition minister Ebrahim Patel, predicting a raft of price controls, job losses and general mayhem. The reader is entitled to ask for the evidence of Bruce’s damning conclusions. Price controls? Has anyone suggested this in serious policy circles, or is he just imagining what might happen next?

Bruce suggests Patel is unable to see beyond the interests of a small number of firms, and that he supports their pleas naively. Such heavy and high-pitched allegations should not be made without evidence. Bruce is contemptuous of the development of industry master plans. But did he talk to the companies involved in the clothing and textile, poultry or sugar master plans? In relation to the Steel Master Plan, he draws only on the views of a businessperson who advocates complete removal of import tariffs, and to some scrap metal exporters. Not a great export, scrap metal, especially when it drives the large-scale plunder of railway and municipal infrastructure.

We have many problems in SA. Large scale corruption across the private and public sectors, lethargy and a terrible lack of skill in many parts of the public service. But in industrial policy we have commitment, skill, integrity and energy. We also have a sophisticated and, to the extent possible, a consensus-driven approach. The whole idea of the master plans is to get the players in industry to guide policy, and to provide inputs on contentious issues such as tariffs.

Bruce’s main contentions relate to price controls and import tariffs. Price controls are very rare in the SA economy and I know of no plans to introduce them. Does Bruce? A respected journalist with an influential voice needs to share with his readers what has led to his conclusions that he “has no doubt” that such controls are imminent.

And then there is the issue of import tariffs, complex territory with different dynamics in different sectors. Bruce appears to advocate a wholesale approach of removing tariffs altogether, or remaining below the maximum levels imposed by the World Trade Organization (WTO). In the late 1990s SA did just that. We reduced tariffs quickly and enthusiastically, to levels that were generally below WTO bound rates. In contrast, many of our trading partners held on as long as they could, reduced tariffs only to the WTO rate and often introduced nontariff barriers that have continued to provide targeted protection to their markets.

In some cases, goods were “dumped” in SA below the price at which they are manufactured in the market of origin. We saw a substantial loss of jobs and capacity as we enthusiastically exceeded our obligations. The only countries that truly trade without barriers are those without manufacturing sectors.

The key is to use tariffs to encourage investment and nurture long-term competitive advantage. In cases where tariffs have been increased from their sub-WTO levels in recent years this has followed an exhaustive process of investigation and consultation through the International Trade Administration Commission of SA (Itac), and has often been accompanied by investment undertakings.

Tariffs alone can never secure the long term health of an industry. But they can be part of a package of measures to ensure we compete with imports, and that we export wherever possible. Ours is a small market by global standards and in most instances manufacturing subsectors that don’t fail to insert themselves into global value chains will not survive. Exports, beyond our traditional minerals and resources, must be a key part of our future.

Having been thoroughly dismissive of the highly respected facilitator of the Steel Master Plan, Bruce also attacks the Clothing & Textile Master Plan. The large retailers, including those whose imports grew exponentially over the last 20 years, were deeply involved in the proposals to strengthen local supply-chains that form the foundation of the plan. These same retailers are supporters of the plan because it enables shorter, more flexible and agile manufacturing supply-chains that improve competitive advantage in a market that is increasingly about affordability and fast-fashion trends.

The recent announcement of tariff rebates on yarn and textile inputs to clothing manufacturing linked to local retail offtake commitments may well be a game-changer. It will unlock significant opportunity for SA manufacturers to win greater share of local clothing retail procurement — and deliver affordable pricing to the SA consumer.

Similarly in poultry, where tariffs have been raised following an exhaustive Itac and master plan process — with a commitment to review them in three years. This is part of a plan that includes large-scale investment commitments and a process to unlock exports to regain a competitive position relative to large poultry exporters like Brazil. The export drive is absolutely key to the industry’s long term competitiveness and is at the heart of the plan.

Finally there is the question of whether Patel jumps whenever a manufacturer demands an import tariff. Bruce makes this allegation in relation to the Industrial Development Corporation’s (IDC's) investments and also suggests anyone who “bends the knee” gets a tariff hike. He speaks like someone who has not met the famously independent-minded minister.

The IDC’s investments are a case in point. The IDC provides loan finance, and in some cases equity, to many of SA’s large and medium manufacturers, and is often involved in various parts of the value chain. I have been on the IDC board for several years, and to the best of my knowledge the organisation has never asked the minister to protect any company to which it has provided development finance, and would not expect him to respond well if it did!

We should all welcome serious discussion and debate on industrial policy. But for this to be productive it must avoid knee-jerk criticisms and turn attention to the real dilemmas SA — like any manufacturing nation — faces every day.

• Bethlehem is an investment executive at Hosken Consolidated Investments, where she focuses on renewable  energy, inner city housing and commercial property. She is a member of the boards of the IDC and Sedibelo Platinum, and was facilitator of the Poultry Industry Master Plan.

The vital manufacturing sector could do with  heaps more carrots and far fewer sticks, writes Duane Newman
Opinion
5 months ago

PETER BRUCE: Bend the knee and smite your rivals for an easy ride

IDC bent over backwards in settlement with Moyo’s NMT Capital

IDC bent over backwards in settlement with Moyo’s NMT Capital