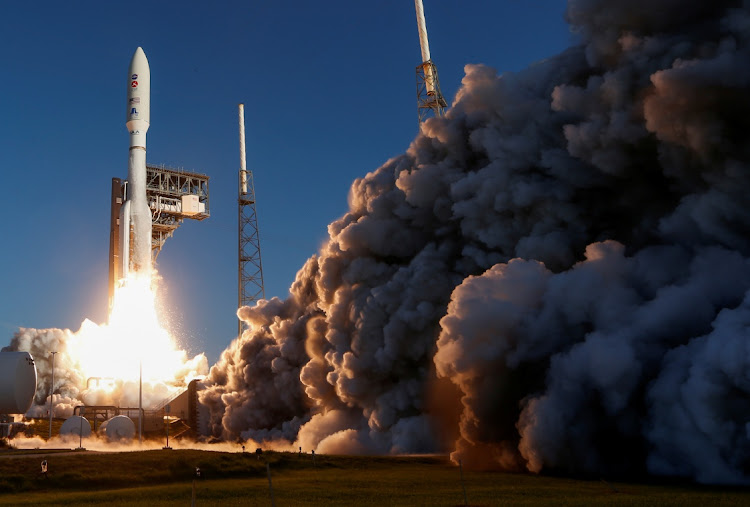 A rocket carrying Nasa's Mars 2020 Perseverance rover vehicle lifts off from the Cape Canaveral airforce base in Cape Canaveral, Florida, the US, July 30 2020. Picture: REUTERS/JOE SKIPPER

The pandemic shuttered our offices and made the idea of venturing anywhere more ambitious than a grocery store seem a perilous journey. Any trip that required a flight or a stroll among the masses — even masked — seemed an unreasonable risk.

So is it any wonder, in our longing to get away from this virus-riddled existence, that we have found an escape in space? We have hitched a virtual ride on the rocket that will take the intrepid Mars rover, Perseverance (of course that’s its name), to the red planet. This $2.4bn mission launched on Thursday, and not a moment too soon.

While we barely have occasion to drive more than a few kilometres (when was the last time you bought fuel?), the space vehicle carrying the JPL-built robotic explorer will travel 497-million kilometres. Once it arrives at an ancient lake bed it will tour the surface, scouting for evidence of extraterrestrial life and sending back not just pictures but sounds.

Suddenly a planet that is forbidding — with its frigid minus 60°C degree temperature and thin, unbreathable atmosphere — seems more inviting than our pandemic-racked Earth. And while our entire planet put its plans on hold, this was one trip that could not be postponed. The orbits of Earth and Mars align only once every 26 months. If scientists miss their shot this time, they will have to wait two years before trying again.

Ten spacecraft — including four rovers — have landed there over the past half century. We are enthusiastically racking up the frequent flyer miles to Mars, all in the hope that one day people will fly there too. It’s exhilarating that the pandemic didn’t stop this trip.

The rover isn’t the only extraterrestrial object that has caught our imaginations and let us, at least mentally, travel far, far away. This month we caught sight of the flashy comet Neowise, and if you missed that you could be mesmerised by Venus shining with unnerving brightness in the predawn sky.

We also watched raptly as Nasa astronauts Robert Behnken and Douglas Hurley rocketed to the International Space Station in the SpaceX’s Crew Dragon spacecraft in late May. Who didn’t envy them just a bit? /Los Angeles, July 30

Country will not pay off the debt, it will just watch as a growing economy dwarfs it
Opinion
11 months ago

Move to include all Americans, regardless of race, would honour life of civil rights legend John Lewis
Opinion
11 months ago

THE JAPAN TIMES: Pandemic is costing medical institutions and staff

Governors, senators and even US president are doing a U-turn on wearing masks
Opinion
1 year ago

THE GLOBE AND MAIL: Slowing down saves lives

Riding out the storm: Nasa fears for its ageing Mars rover, Opportunity

Riding out the storm: Nasa fears for its ageing Mars rover, Opportunity