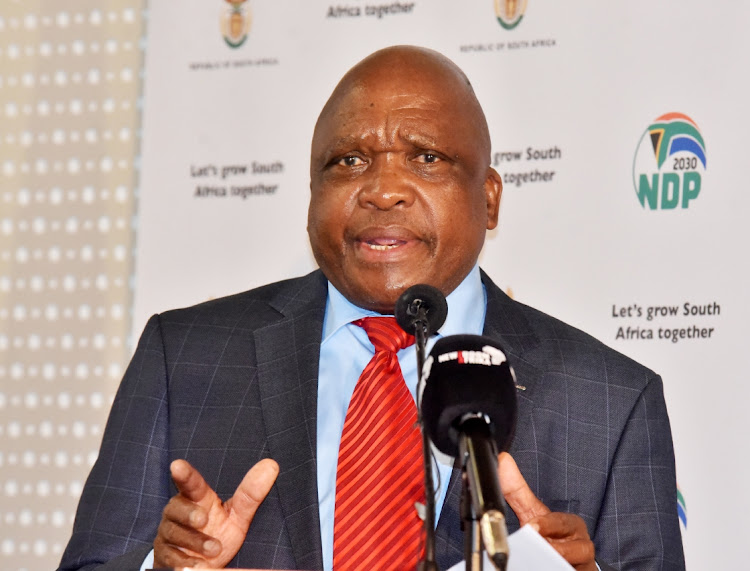 Health minister Joe Phaahla has proposed scrapping the coronavirus regulations that require mask wearing indoors, limit the size of gatherings and stipulate testing and vaccination requirements for travellers to SA.

These last remaining regulations have been heavily criticised by the tourism and leisure sector for continuing to affect businesses struggling to regain a footing after more than two years of restrictions.

In a leaked memo to health MECs, dated June 20, the minister said SA had exited the recent spike in cases, or fifth wave, which the current regulations were promulgated to mitigate.

The authenticity of the memo was verified by a senior health official.

The regulations, published in the Government Gazette on May 4, were brought in at a time when new cases were rising rapidly and the status of the epidemic was “very concerning and unpredictable”, the minister said. Between mid-April and May 1, the daily case count soared from fewer than 250 cases to 4,693. At the time, two new sublineages of the Omicron variant, BA.4 and BA.5, were dominating transmission, and it was not clear whether behavioural changes or these sublineages were driving the surge in cases.

It is now clear that it was the latter, Phaahla said.

The latest epidemiological analysis indicated that as of mid-June, there was a decline in the key indicators monitored by the National Institute for Communicable Diseases.

These include the number of cases, hospital admissions and deaths, as well as a decline in the effective reproductive rate to below 0.7% and a drop in the test positivity rate.

The department of health consulted the national coronavirus command council on June 20 and proposed that the regulations for mask wearing and gatherings, as well as port of entry limitations, no longer need to be in place, the minister said.

The recommendations will be discussed with the cabinet in the next 48-72 hours, he said.

“Finally, we may now see an end to all Covid-19 curbs ... it is disappointing that it has taken so long,” he said in a statement.

“The most perfect example of the impact of these restrictions, and a reminder of the great potential of public events, was this past weekend’s United Rugby Championship final, staged at the Cape Town Stadium. While it was great to see the stands fuller, many more Stormers and Bulls fans could have been welcomed inside had the restrictions been dropped earlier,” he said.

The Federated Hospitality Association of Southern Africa (Fedhasa) urged the government to accept the proposal and repeal the regulations.

“When one considers the catalytic potential of the tourism and hospitality sector to create jobs in areas where this is most needed, we should be doing everything we can to help it get back on its feet swiftly,” Fedhasa national chair Rosemary Anderson said.

The Institute of Race Relations, which has been lobbying for an end to the restrictions, said there is an urgent need to get the economy “firing on all cylinders”. Head of campaigns Gabriel Crouse said: “If people want to mask and vaccinate and avoid packed stadiums, they are most welcome to do so.

“The notion that shutting down business to bend other people into the same mould has long been proven ineffective in a country where almost everyone has been infected.”

Update: June 21 2022
This story has been updated with additional information.

Restrictions have come at a price, says president, but it's time for individuals to take responsibility
National
3 months ago
Next Article