Far fewer people are testing for Covid than last year this time, but most people flush. Water in the country’s drains can pick up a spike in cases or help to pick up a threatening new variant in time for clinics to prepare for an influx of patients 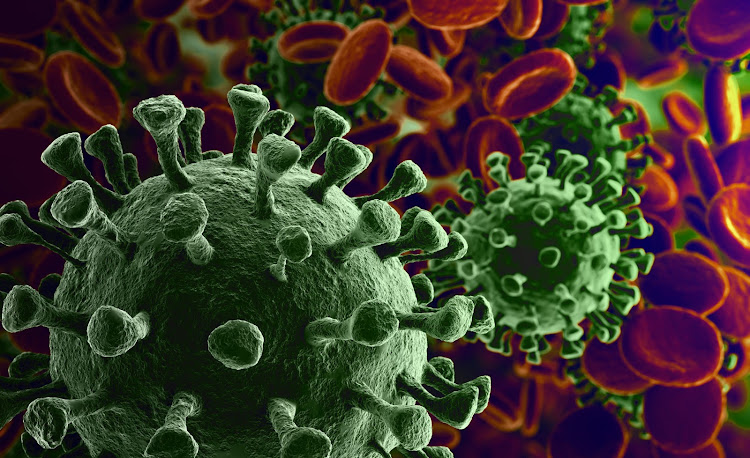 SA’s fifth surge of Covid cases is on its way out without having overwhelmed the health system. A new variant of SARS-CoV-2 — the virus that causes Covid — could potentially change that, but there’s a way scientists can detect signs of a threatening new version of the bug early — and could buy the health system up to a week to prepare, before sick people show up at facilities.

By looking at the spit, faeces and urine that swirl down the sewer.

We break down the process with the help of the people who analyse these murky samples collected from wastewater plants in SA.

What’s lurking in the drain?

SARS-CoV-2 lingers in people’s digestive tracts, so the germ’s genetic material will be shed into drain water when people use the bathroom.

Because people start shedding fragments of the virus shortly after they become infected but before developing symptoms, snippets of the virus’s genetic material can be found in sewage up to 14 days before showing up in the nasal swabs (and it will show up in stool and urine even if someone doesn’t develop any symptoms).

So even if people don’t go to get tested for Covid, the pieces of the virus can still be picked up in wastewater.

If a new variant is therefore lurking, analyses of sewage samples, such as those being done at the SA Medical Research Council (SAMRC) and the National Institute for Communicable Diseases (NICD) can give an early warning and help policymakers prepare for a possible rise in clinical cases.

With testing rates declining, wastewater results are becoming more useful to policymakers — because wastewater can provide scientists with material to analyse, regardless of whether people test for Covid

This is exactly what happened with the Omicron variant in November, when scientists at the SAMRC and NICD picked up that something was afloat.

In the last week of October, the NICD noticed that wastewater levels of SARS-CoV-2 were increasing in Tshwane, says Kerrigan McCarthy, a specialist pathologist at the institute. The number of clinical cases reported in the district only started increasing in early November. When the scientists who analyse nasal swab test results at the Network for Genomics Surveillance (NGS) announced the discovery of Omicron on November 25, the NICD could tell that it was the Omicron variant its scientists had picked up in their wastewater samples.

When the SAMRC analysed wastewater collected on November 23 from a sewage treatment plant that services Cape Town International Airport, they also found bits of the Covid virus’s genetic material, called RNA, that were identical to the Omicron variant that had been reported from clinical samples by the NGS.

By November 30, just a week after SAMRC researchers found this new variant at the airport’s wastewater for the first time, it was picked up in 11 out of 12 treatment plants in the City of Cape Town, which indicated it had started to rapidly spread among people.

This information came in just as Covid cases in the city were ticking up. By December 4, cases in Cape Town had spiked — and far higher than cases in other parts of the province.

So the wastewater analysis picked up a trend which would have taken much longer to pinpoint from people’s swabs, says Craig Kinnear, the manager of the SAMRC’s genomics centre.

But what happens then?

The laboratories that analyse the genetic sequences of the virus in test samples send their reports to the health department and tell it if it looks like the gene sequence of the Covid virus is new or changing, which might suggest a new variant.

But wastewater tracking can also be used to paint a more accurate picture of Covid in the future, because SA’s testing rates are falling fast.

McCarthy says when the government relaxed quarantine and isolation rules in February, fewer people started to test for Covid.

Moreover, most people only test when they’re feeling ill, Michelle Groome, head of the NICD’s public health surveillance team, told Bhekisisa in May. And far fewer people than previously are getting seriously sick because most of the country has developed immunity against Covid through natural infection, vaccination or both, so fewer people are getting tested.

So with testing rates declining, wastewater results are becoming more useful to policymakers — because wastewater can provide scientists with material to analyse, regardless of whether people test for Covid.

What does the health department do with such information?

“If we think the health director-general and the minister should know, then we tell them immediately. The plans of what we do depend on what is found,” explains Nicholas Crisp, a deputy director-general at the department of health.

McCarthy says if the wastewater analysis shows an increase in Covid levels, policymakers need to encourage people to get vaccinated and warn them to practise social distancing and wear masks.

Sleuthing through the sewage

How does wastewater analysis work?

At the waterworks, scientists fill a 1l bottle with wastewater as it flows into the plant but before it gets treated. This is because chemicals used to treat sewage so that the water is clean enough to be released into the environment will destroy the viral fragments needed for analysis.

The sample is then put on ice and taken to the laboratory.

Here scientists pass the sample through a very fine filter to separate the solids from the liquid (fragments of viruses like the one that causes Covid are found mostly in the sludgy part of the wastewater). The sludge is then put in a tube (which is closed) so that it can be spun down into a pellet in a centrifuge (a machine that spins samples very fast).

After this, the sludge pellet is mixed into water and a small amount of this mixture is drawn out and run through a polymerase chain reaction (PCR) machine — the same machine scientists use to analyse nasal swab samples for PCR tests. If the viral RNA is present in the sample, the PCR step will create many copies and then the final concentration of virus per millilitre of wastewater can be worked out. (For the method to work, there has to be enough copies of the viral RNA in the sample, that’s why copies of the RNA are made.)

All the results from a plant’s samples are then added up so that the average concentration of virus in a plant’s wastewater can be calculated.

We can track where [in the genetic sequence] the changes are. And from the different changes, we can tell you exactly what variant [is in the water]

Wastewater analysis has its limits, though.

Because wastewater samples come only from the formal sewage system and exclude wastewater from communities not connected to a municipal grid, the results can’t give an exact  picture of Covid infections in an area.

Another drawback is that because people move around in a city, the precise number of people served by a specific treatment plant is not fixed, so tracking the number of infections can be tricky. Rain also throws a spanner in the works because it can dilute the sample and make it seem like there are fewer infections than what is truly the case. (In rainy times, it’s best to wait another week and then take another sample to see how much the viral concentration of Covid has changed.)

But despite these hitches, Kinnear says that over time “the accumulated data gives us an estimate of the presence of SARS-CoV-2 in the community served by the specific wastewater treatment plant”.

Finding a new variant in drain water is a bit like building a puzzle, Kinnear explains. At first, the pieces are scattered and the bigger picture is unrecognisable.

As the virus continuously mutates, wastewater samples will have bits of RNA in it that come from different forms of the virus. So, to figure out what the full genetic code would look like, RNA from each treatment plant is snipped into little pieces and put into a computer programme.

With the help of this programme, scientists then piece together the little fragments to form a whole strand of the virus’s genetic code. This helps them to compare it to the original sequence of the virus found in Wuhan when the pandemic started in 2020.

“We can track where [in the genetic sequence] the changes are. And from the different changes, we can tell you exactly what variant [is in the water],” Kinnear explains.

An RNA virus such as SARS-CoV-2 mutates fast, because it doesn’t have a built-in mechanism to check for and correct errors that occur when the virus replicates (DNA viruses, the type of virus which the monkeypox virus belongs to, for instance, has such a mechanism, which is why they mutate slower than RNA viruses). Not all changes to the gene sequence are necessarily worrisome, but they’re still catalogued.

At the moment, wastewater sequences can give strong clues that a new variant is rearing its head. But to confirm that the variant is dominating, scientists at the NICD need to know the results of clinical samples.

The SAMRC’s project, Kinnear says, which uses slightly different methods from the NICD, is able to detect a variant without clinical sample results.

What happens if wastewater analysis shows that we might be heading for new Covid trouble?

If there are signs in wastewater that a new variant is emerging, wastewater teams will tell the NGS about their results, who will compare them with their clinical sequences (from nasal swab results).

A whole chain of communication then kicks into gear. Scientific peer groups and the health department are alerted, and if it looks like a new form of the virus might be worrisome, the World Health Organisation (WHO) is notified. The SA public is then informed about the developments via a press briefing and health authorities alert hospitals to prepare for a possible increase in patients.

As SA is no longer in a national state of disaster for Covid, an announcement of a new variant is unlikely to lead to lockdowns or other restrictions, but it can help authorities to know when to put other public health measures, for instance, increased vaccination, in place.

For example, when the Omicron variant was announced last year, the ministerial advisory committee advised the health department to make booster jabs available to all adults.

It can also put hospitals and health workers on alert so that they have time to prepare to increase the number of beds available, or stock up on oxygen, should it be necessary.

With wastewater, the sewage — and the data it contains — keeps flowing
News
6 months ago

Covid figures have never captured the full extent of the pandemic, but such numbers are becoming even less useful since fewer people are testing
News & Fox
2 months ago

In this reflection on two years of Covid reporting, Mia Malan reveals lessons the news media can take forward for the next pandemic
Opinion
3 months ago
Next Article