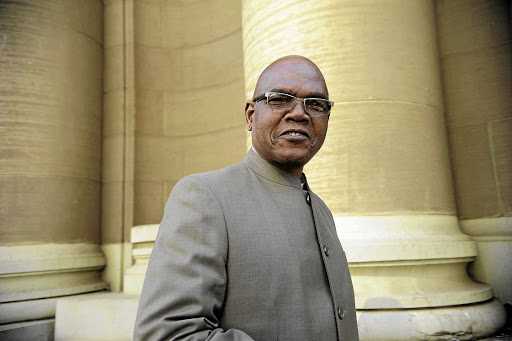 The provisional restraint order was granted on June 1 by the high court in Pretoria and served on the parties on Tuesday.

This means all assets listed in the court order are frozen.

The other parties in the matter are Mdluli’s current and former wives, Theresa Mdluli (née Lyons) and Vusiwane Mdluli, John and Heena Appalsami (of Daez Trading CC, acting as a letting agent), Barnard’s wife Juanita and Lazarus’s wife Sandra.

The provisional order is returnable on August 26, and Mdluli and all the listed people must show cause why it should not be confirmed, pending the criminal trial of Mdluli and his co-accused and the outcome of any proceedings for a confiscation order that may follow the trial.

Mdluli, Barnard and Lazarus  face charges of corruption, fraud and theft allegedly committed between 2008 and 2012 when they were at the helm of police crime intelligence.

The charges relate to allegations of gross abuse of a police intelligence slush fund, which ultimately benefited Mdluli and his family.

“They include payment of private trips to China and Singapore; private use of a witness protection house in Boksburg and conversion of this property for his personal use, the leasing out of Mdluli’s private town house at Gordon Villas in Gordons Bay as a safe house to the state and using the monthly rental to pay his bond,” investigating directorate spokesperson Sindisiwe Seboka said on Wednesday.

She said other allegations were that Mdluli’s family members, without adequate qualifications or experience, were appointed in crime intelligence, put on the payroll and provided with motor vehicles and cellphones.

“The NPA has a two-pronged strategy for prosecuting those responsible for looting state coffers, through criminal prosecution and by taking away the proceeds of crime through asset forfeiture proceedings.

“We will not allow those who benefited from crime to hold on to the ill-gotten gains and they must feel that crime does not pay,” Rabaji-Rasethaba said.

The criminal case returns to the high court in Pretoria on November 5.

Three properties Mdluli has an interest in — two in the Western Cape and one in Gauteng — and five vehicles are some of his known assets listed in the court order.

Mdluli was recently released on parole after serving a third of his five year jail sentence for the kidnapping and assault of his former lover Tshidi Buthelezi, her husband Oupa Ramogibe and a friend, Alice Manana, in 1998.

While still serving a prison sentence for the kidnapping and assault, he was granted bail in his ongoing corruption case, effectively paving the way for his parole.

Both Zuma and the representative of French arms firm Thales were not present, previously having been excused
National
2 weeks ago

All those involved in the controversial acquisition of more than 1,000 engines have either resigned or been dismissed
National
1 week ago

The ‘Taliban’ has got it wrong: it’s not the party rule at fault but the justice system
Opinion
1 week ago
Next Article