Have yourself a soggy little Christmas

The SA Weather Service says a wet festive period is on the cards for many parts of SA, with above-average rainfall expected well into the new year 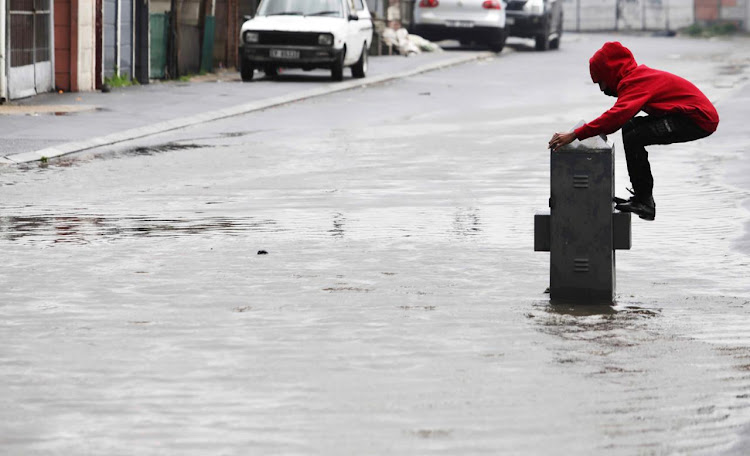 Heavy rains have caused floods in parts of SA. The SA Weather Service is predicting above normal rainfall to continue well into 2022. Picture: ESA ALEXANDER

A wet Christmas is on the cards for many parts of SA, with above-average rainfall expected well into the new year.

The SA Weather Service said on Monday that La Niña conditions were expected to continue during the summer.

“The predictions for rainfall over the larger part of the country are for enhanced probabilities of above normal rainfall during January, February, March, April and May.”

Most of SA received normal to above-normal rain during the spring season, the weather service said.

“Good rainfall conditions continued into December with most of the country receiving above normal rainfall during the first 10 days of December.”

La Niña, “the girl”, is a weather pattern that occurs every few years in the equatorial belt region in the Pacific Ocean and is linked to wetter than usual summers in Southern Africa while causing droughts in other parts of the world.

Both phenomena are caused by fluctuations in ocean temperature in the equatorial belt in weather phases now known as the warm and negative phase of the El Niño Southern Oscillation.

SA is still one of the driest countries on earth, with the need to increase its water storage capacity to ensure a continuous supply
National
1 year ago