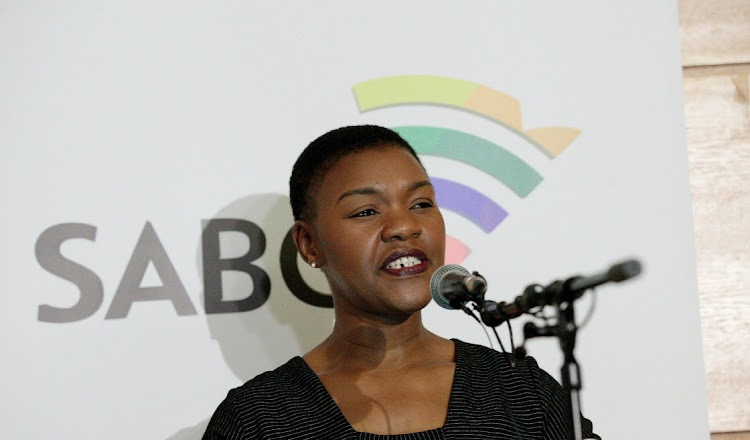 The SABC has charged the head of news, Phathiswa Magopeni, for negligence and bringing the public broadcaster into disrepute.

This is after investigative news programme Special Assignment aired an episode the SABC had been interdicted from broadcasting.

On September 14, the public broadcaster was interdicted by the North Gauteng High Court from “airing and/or broadcasting and/or publishing” a Special Assignment investigative report exposing alleged anticompetitive conduct in the towing industry, which had been scheduled to be aired that evening.

However, a month-and-a-half later, while the interdict was still in force, the episode was broadcast in breach of the court order. The aggrieved applicants have since sought a contempt of court order against the public broadcaster and are seeking the imprisonment of those who took the decision.

According to SABC insiders, Magopeni was formally charged on Thursday, with management holding her responsible as head of news and current affairs for the decision to allow the broadcast to continue. This is despite her protestations that the decision was not hers, but that of channel management.

Those close to the beleaguered head of news said she was being targeted by the board and top executives at Auckland Park because the ANC had complained about her handling of elections coverage amid claims the SABC sidelined the governing party.

ANC head of elections Fikile Mbalula on Thursday accused the SABC of running shows critical of service delivery at municipal level, which he claimed led to a low voter turnout and contributed to his party’s loss of three Gauteng metros. He specifically singled out Magopeni for criticism.

The SABC issued a statement defending its head of news and its election coverage.

An insider sympathetic to Magopeni insisted she was being dealt with because of political pressure on the board and management.  The source said there was no basis for Magopeni to be charged as she had taken every possible step to ensure the Special Assignment episode in question was not aired.

“This issue involving a Special Assignment report that was aired in spite of the SABC being interdicted must be understood within this context. Magopeni informed all the people who needed to be informed that the report should not be broadcast, so on what basis is she made to take accountability when it is people responsible for the show and the channel who ought to be taken to task?” the insider said.

The insider alleged that because the SABC board’s term of office  ends in just over a year, board members were bowing to political pressure in the hope of being reappointed.

“What you will see is that people who were previously steadfast about the SABC’s independence will be like wilting flowers, going where the wind blows because they hope for reappointment to the board, which comes with sizeable financial incentives.”

Journalists who spoke on condition of anonymity said the charging of Magopeni was a strange turn of events. They accused the SABC of taking a hostile method to pursue the matter since there were written commitments from editorial executives that the episode would not be aired.

However, board and management sources said when it came to final editorial decisions regarding Special Assignment and which episodes are aired, the buck stopped with the head of news, hence the decision to charge her.

They said Magopeni had specifically been warned by SABC head of legal, Mthuthuzeli Vanara, not to allow the investigative programme to continue with the broadcast of the episode in question due to the court interdict, but his cautions fell on deaf ears.

“Vanara reached out [to Magopeni] and said ‘can we make sure this does not get flighted’,” said a source close to management.

A board insider said it was not true Magopeni was being targeted because the ANC had complained about her. He said it was reckless of the news division to have gone ahead with the broadcast given the threat of being in contempt of court.

“Those two things are not related. As management and the board, we have worked under a lot of pressure politically, we have made a lot of enemies. Legal said to them, ‘we are not interfering in your independence but when it comes to court matters there is a risk people will be jailed’. [Former president Jacob] Zuma went to jail because of contempt of court.”

TimesLIVE reported that it had seen a letter from Nortons Attorneys, who represented the aggrieved towing firms that were the subject of the Special Assignment investigation, complaining that the public broadcaster’s airing of the show was in “flagrant contempt of the interim court order”.

The lawyers advised the SABC that they had been instructed to approach the high court to seek imprisonment of the individuals within the SABC responsible “for the flagrant disobedience of the interim order”.

IM has sufficient belief in management’s narrative — coupled with the enthusiasm about the division expressed by HCI CEO Johnny Copelyn — to ...
Companies
8 months ago

LETTER: Journalist should be disciplined by the SABC