Saccawu says it has exhausted efforts to resolve disputes with the owner of Game, Makro and Builders Warehouse 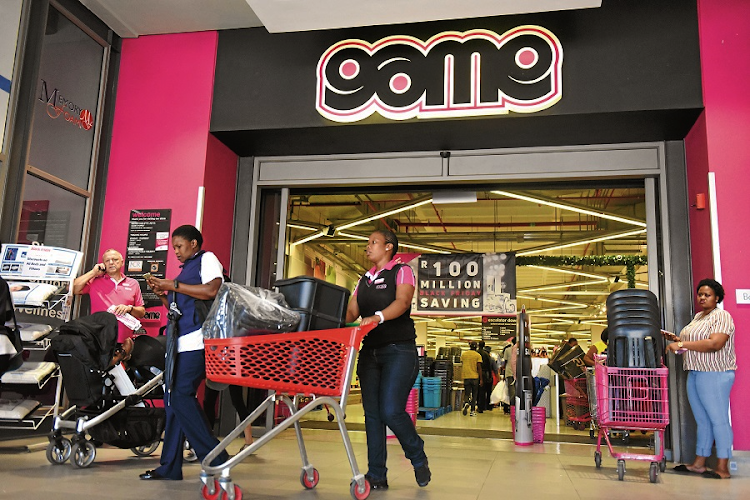 Shoppers are shown at the entrance of a Game store in Rosebank, Johannesburg, in this file photo. Thousands of workers went on strike on Friday at companies owned by Massmart Holdings. Picture: FREDDY MAVUNDA

Johannesburg — Thousands of workers, disgruntled over low wages and changes to terms and conditions of employment, went on strike on Friday at companies owned by Walmart-led Massmart Holdings in SA, a labour union said.

The SA Commercial Catering and Allied Workers Union (Saccawu), an affiliate of Cosatu, which is aligned with the governing ANC, said the indefinite strike is expected to draw more than 18,000 members countrywide.

“We expect all the members to join the strike,” said Saccawu spokesperson Sithembele Tshwete, adding some workers started picketing outside some Massmart stores early in the morning.

The union has said it had exhausted all efforts to resolve labour disputes with Massmart, which owns Game, Makro and Builders Warehouse stores, and was left with no option but to go on strike.

The disputes include a wage dispute at Builders Warehouse, with unions demanding an increase of R500 but Massmart offering R320.

The union is also disputing unilateral restructuring and changes to terms and conditions of employment, which includes imposing a 40-hour working week with no premiums.

The union also wants workers who lost jobs due to restructuring at the general merchandise Game chain to be reinstated. Massmart has said it had identified alternative jobs for those workers.

Tshwete said there are no immediate plans for the union to resume talks with Massmart.

Massmart said the strike could cost striking workers up to 25% of their November wages, if the industrial action was to last for a week.

Massmart labelled the strike a “Saccawu leadership power play that is not necessarily in the best interests of their members”.

The company said on Sunday it estimates that less than 23% of Saccawu’s membership participated in the strike on Friday, with a further reduction to about 11% at the weekend.

“Indifferent support for this strike does bring into question the membership mandate that Saccawu leadership claims to have for the current action which is occurring at a time when families generally have higher household expenses,” Massmart said.

Update: November 21 2021
This article has been updated with additional comment from Massmart.

We will come back stronger, Massmart CEO tells staff

Massmart on the mend despite R650m unrest bill

Massmart on the mend despite R650m unrest bill