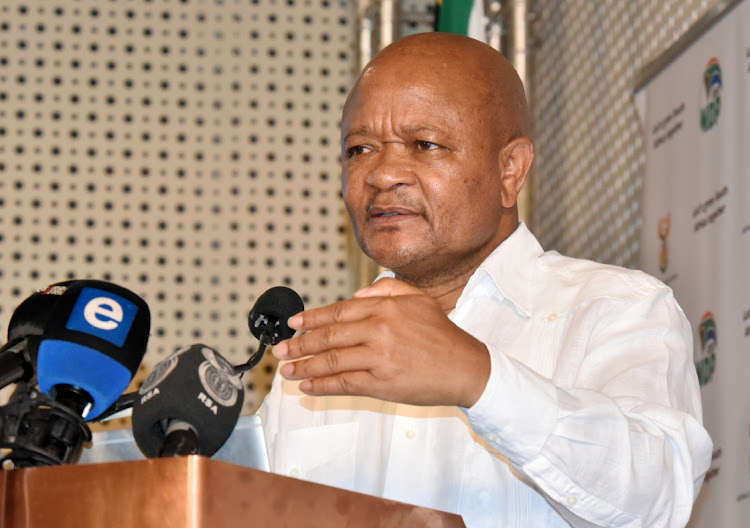 Minister of water & sanitation Senzo Mchunu, who said people living in Hammanskraal have for too long been subjected to polluted water. Picture: FREDDY MAVUNDA

The commission conducted a fact-finding visit to the Temba water purification plant and Rooiwal waste water treatment works. This was after it was reported that the quality of water produced in the plant has deteriorated, leaving the city with no choice but to temporarily shut it down.

The commission reportedly declared the water in Hammanskraal unsafe for human consumption in 2019 and found that the situation had not changed much since.

Special advisers are “crafting our reaction to the SAHRC and ... an opinion on any other relevant report from our office and our interactions”, said Mchunu.

He made the comments during a portfolio committee meeting on water & sanitation in the National Assembly about the department and Rand Water’s interventions regarding the Vaal river system issues.

“This will be presented before the end of the month in our meeting with the department, wherein we will take our final decision.

“We don’t intend to fight the recommendations of the SAHRC nor challenge them. We intend adopting a clear position taken from, among other things, that report,” Mchunu said.

“It has come to the point where the department of water & sanitation needs to conclude that, in terms of our obligations to the constitution of [the] Republic of SA, we are defaulting. It’s one thing to default when circumstances force you to, or are insurmountable, maybe because you are incapable, either human resource wise or because of the budget.

“In the case of Tshwane and the people of Hammanskraal, it’s not the whole of Hammanskraal that is affected. It is the Temba area, which is supplied by the Apies river system up to the water treatment plant. The dam is fed by a river [that is polluted].”

He said other parts of Hammanskraal supplied by Rand Water and Magalies Water Board are not affected.

In Hammanskraal, Mchunu said the problem has persisted for a long time.

“We need to intervene, because not only are we in contravention of the constitution, we are also in contravention of our own mantra. We are certainly defaulting. This is to the disappointment of the people of Hammanskraal, with whom we have directly interacted on two occasions.

“What we are putting to the portfolio committee ... is that the report of the SAHRC clearly indicates we need to intervene in that situation. In terms of the constitution and legislative framework, we agree we should intervene otherwise we will continue operating from under the bus as a result of the problems of the City of Tshwane.”

In his presentation to the committee, acting provincial head Simon Makhangula said the department has received complaints about the quality of drinking water in Hammanskraal. The community reported the matter to the SAHRC in 2018.

He said the commission released a report on October 26 about the sewage and pollution in the City of Tshwane’s rivers and Rooiwal Dam.

The commission recommended that the failing waste water treatment works in SA be declared a disaster, and that the cabinet intervene in the running of the City of Tshwane, particularly the water and sanitation function.

The recommendation is “receiving attention internally by the department,” said Makhangula.

Mchunu has instructed the department to find an “interim solution” to provide drinking water to the affected people of Hammanskraal because completion of the Rooiwal first phase, which is meant to be completed by October 2022, is “too far away”.

The metro had also resolved to continuously monitor the E.coli levels at beaches and invest in new generators as backup for the more than 2,000 pump ...
National
6 months ago
Next Article